For example, there is a "collapsing string toy" from decades ago, that seems to be far beyond the ability of most CSG CAD to model and then dynamically simulate:

It is similarly exceptionally difficult for most CSG modeling software to accurately model and simulate the motion of a solid rectangular cube supported by two eye bolts, attached to two compound block and tackle rope pulleys. 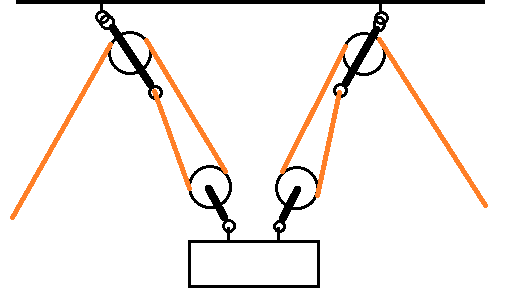 It is very limiting for a mechanical engineer to be locked into such an inflexible and rigid understanding of modeling.

So, what CSG modeling software is actually capable of simulating such dynamic complexity of motion?

Browse other questions tagged mechanical-engineering dynamics simulation computer-aided-design or ask your own question.