Where does the light in the ceiling of the British house of commons chamber come from?

I am sorry if this is a strange question. Sometimes I like to visit parliaments from around the world and compare their buildings. 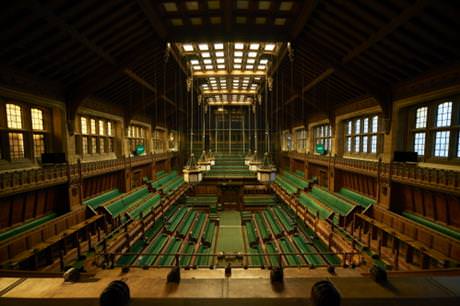 After looking at the British house of commons chamber, I noticed that there was sun light coming out of ceiling of the chamber. At first I thought that the ceiling was made of glass and it was just sun light. However after checking the building from outside there seems to be at least another floor on top of the chamber. So it can't be sun light. Then I thought that it must be just some electric light. 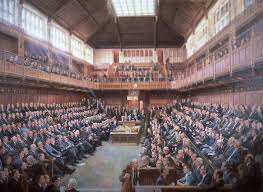 However, after checking some old images of the chamber(before electricity was used) there is still light coming from ceiling.

Does anyone know how this happens? 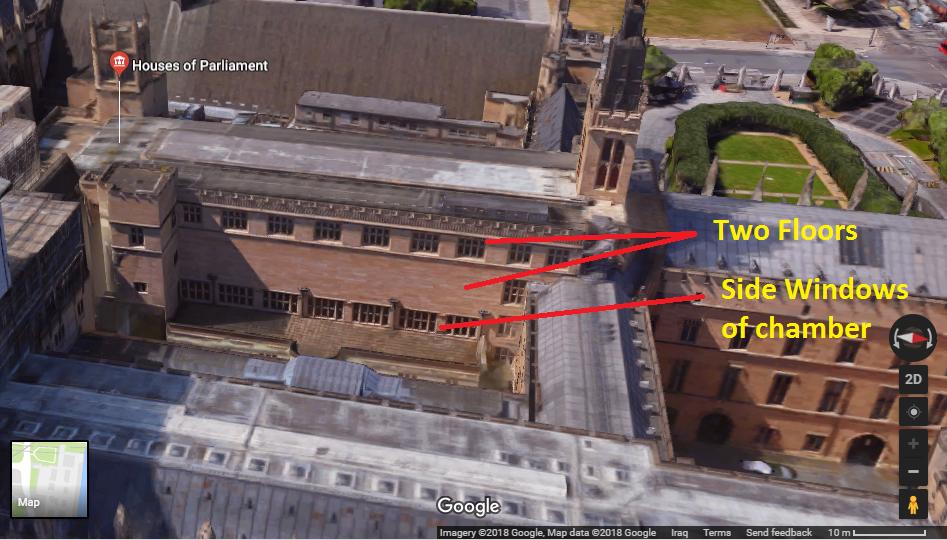 It is not sunlight. The lights in the roof are artificial. Your 'old photo before electricity' is presumably from before the war, when the roof did have real windows, in 'direct contact with the sky'. See this aerial view from 1919 for reference: 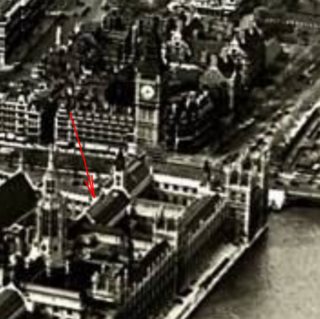 There is recorded evidence of resistance to the building of offices etc. above the chamber, as members worried about the lack of daylight.

Before the Debate goes any further I would like to express my disapproval of the suggestion of the hon. Member for West Walthamstow (Mr. McEntee) and certain other hon. Members that when we come to rebuilding the House of Commons special accommodation should be made available for other purposes above it. If that were done, we would have no daylight whatever in the new Chamber, and having sat, like many others, for two years in this artificial illumination, I certainly look forward to the day when we can have a Chamber very much better lit than the former House of Commons used to be.

When the Chamber was rebuilt after 1945 at the cost of £2 million, Sir Giles Gilbert Scott designed a steel-framed building of five floors (two taken by the Chamber), with offices both above and below.

The elaborate wall and ceiling linings to the frame replicate the original timber detailing by Pugin. The frame steps back along its length and addtional height above the Chamber has been allowed for a two-tier roof over the whole rebuilt House of Commons.

An elaborate network of branched ductwork sent the conditioned air to numerous outlets set into the ornate detail of the Chamber’s gallery structure, and at the upper level of the spring point of the replica roof trusses. Extract ducts were positioned at regular centres in the apex of the roof lining of the Chamber.

i.e. the new chamber internal roof was designed to look like the old one, but also had extraction ducts etc. added, in keeping with there being in-use office space above.

The phrase "two tier roof" does not refer to the internal roof of the commons, since that is a ceiling, not a roof. Rather, the new roof of the commons simply has two tiers, but this is not accurately picked up by Google Maps. See here: 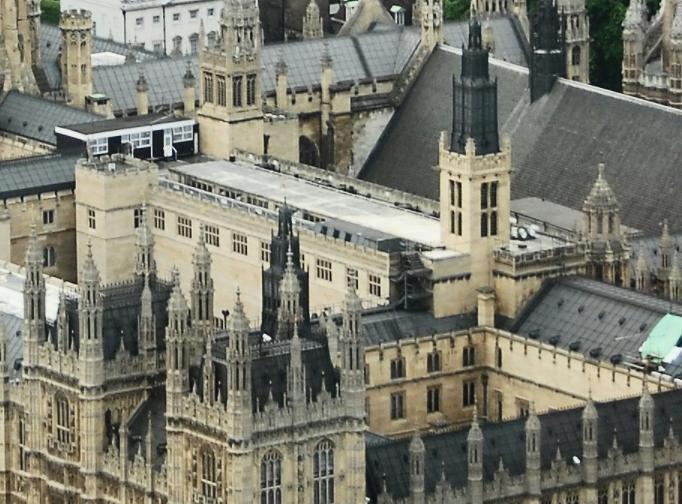 Furthermore, a friend of mine who is currently at work inside the House of Commons right now has confirmed both that the look/feel of the roof-lights is artificial, and that the offices on the floor above do not follow a long corridor around the void which would be required to direct daylight down to the commons chamber roof two floors below.

I suspect that its is sunlight.

No part of the palace of Westminster is that tall and the commons chamber itself is pretty tall with several tiers of seating in both the MPs benches and the public galleries. It's also often difficult to judge the height of Gothic buildings at the best of times and the sort of wide angle lenses you would need to get a full interior shot distort perspective a lot.

You can also see form the images in the OP that the roof is pitched which strongly suggests that the ceiling is the exterior roof.

It would also not be at all surprising, given the style of Gothic architecture if there were false exterior walls for either structure or cosmetic purposes plus false windows in the lower story. So you could well have three stories of exterior windows but one level or real windows which actually admit light to the main chamber.

-aisle : the ground level and actual working art of the building, usually bounded by corridors under buttresses
- Gallery/triforium : mid level with narrow galleries overlooking the ground floor, sometimes with small windows and the bases exterior flying buttresses - Clerestory : structurally 'light' with most of the windows often supported on the exterior by flying buttresses - Vaulted roof 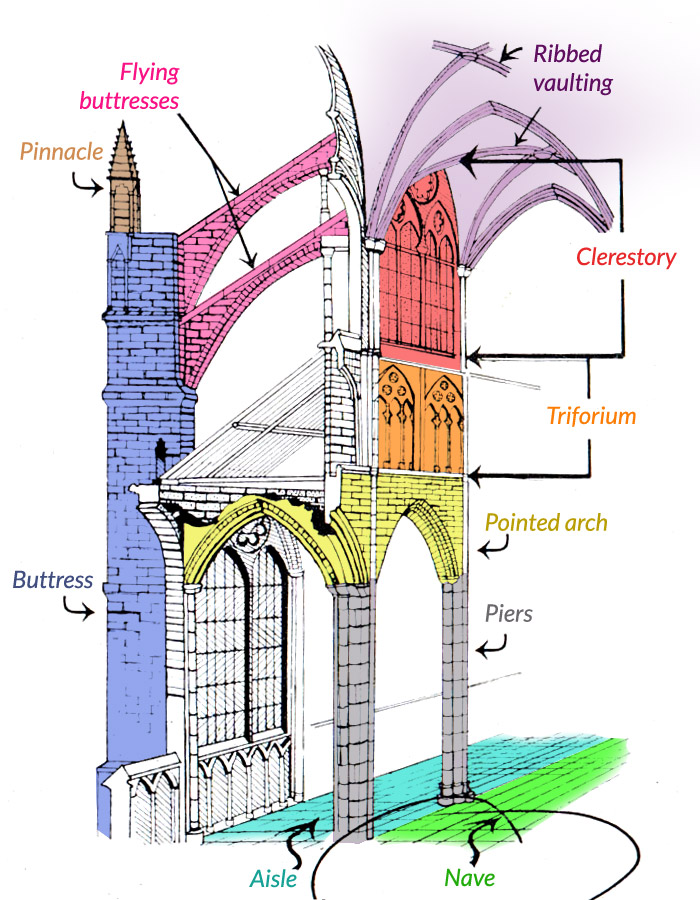 18
How does a traffic light sense the proximity of vehicles?
4
How does galvanised steel culvert withstand abrasion from solid particles in the stream?
12
Low cost, moderately accurate water depth measurement
7
(Non)simultaneous prestressing anchorage slip losses
8
Why are creeks sometimes piped underground in urban areas?
20
Why does the Channel Tunnel enter the ground around 10 km from the coast?
3
What is a good reason if the data from analysis and measurement does not give a good agreement?
2
Cooling tower for nuclear power plants