My professor gave us yesterday a problem to calculate the equivalent spring of the system shown in the attached figure. The problem: a cantilever beam supported by two springs $k_1$ and $k_2$ located at distances $a$ and $b$, respectively, from the left end. The beam has length $l$ and flexural rigidity $EI$. The idea is to approximate the motion of the mass in the vertical direction by a simple one degree of freedom system, so the first step on it is to calculate the equivalent stiffness coefficient of the system. 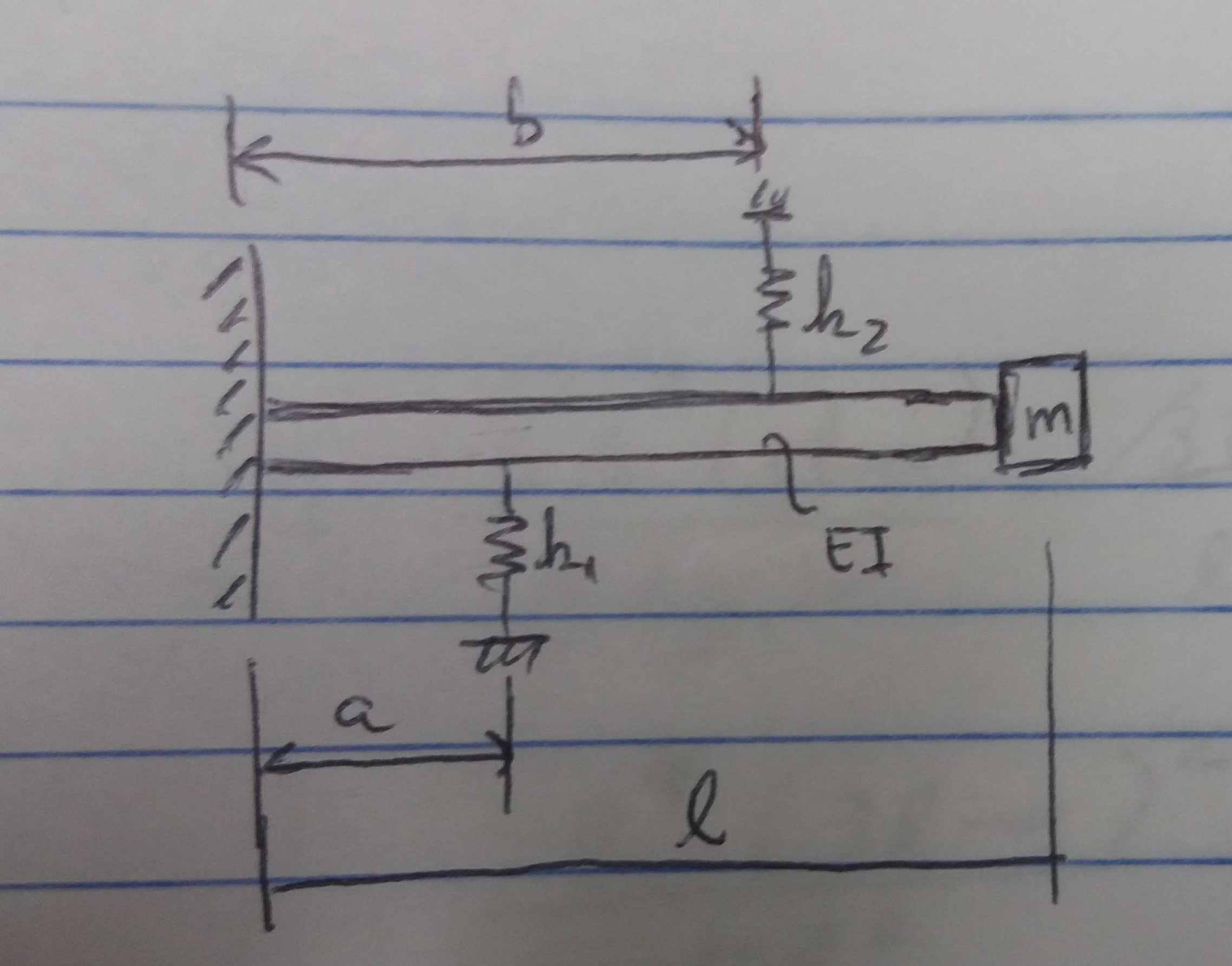 I am having some trouble to understand his solutions, because I don't agree entirely with what he said. His approach to the problem:

That is the answer he gave us. Particularly, I don't agree with a few steps along the way, but the key point here for me is that we cannot use the deflection equation for a cantilever beam a tip load at the end, because this beam is not exactly a cantilever beam, but it has two extra supports, the springs.

My approach to this problem would be to, given an applied load $P$ at the left end, find the deflection equation for the system with the springs and the approximate the equivalent stiffness with the new equation. The deflection equation now would have to be calculated from the $EI\frac{d^4v}{dx^4}=w(x)$ elastic curve. A much harder work, because it is a cantilever beam supported by two springs, and it is a statically indeterminate beam. Is this line of though correct or was his approach correct?

Browse other questions tagged mechanical-engineering beam vibration springs or ask your own question.