I have a structures problem I cannot solve, I have the answer and I have attempted the question. I just need to know where I am going off track. Any assistance would be highly appreciated. 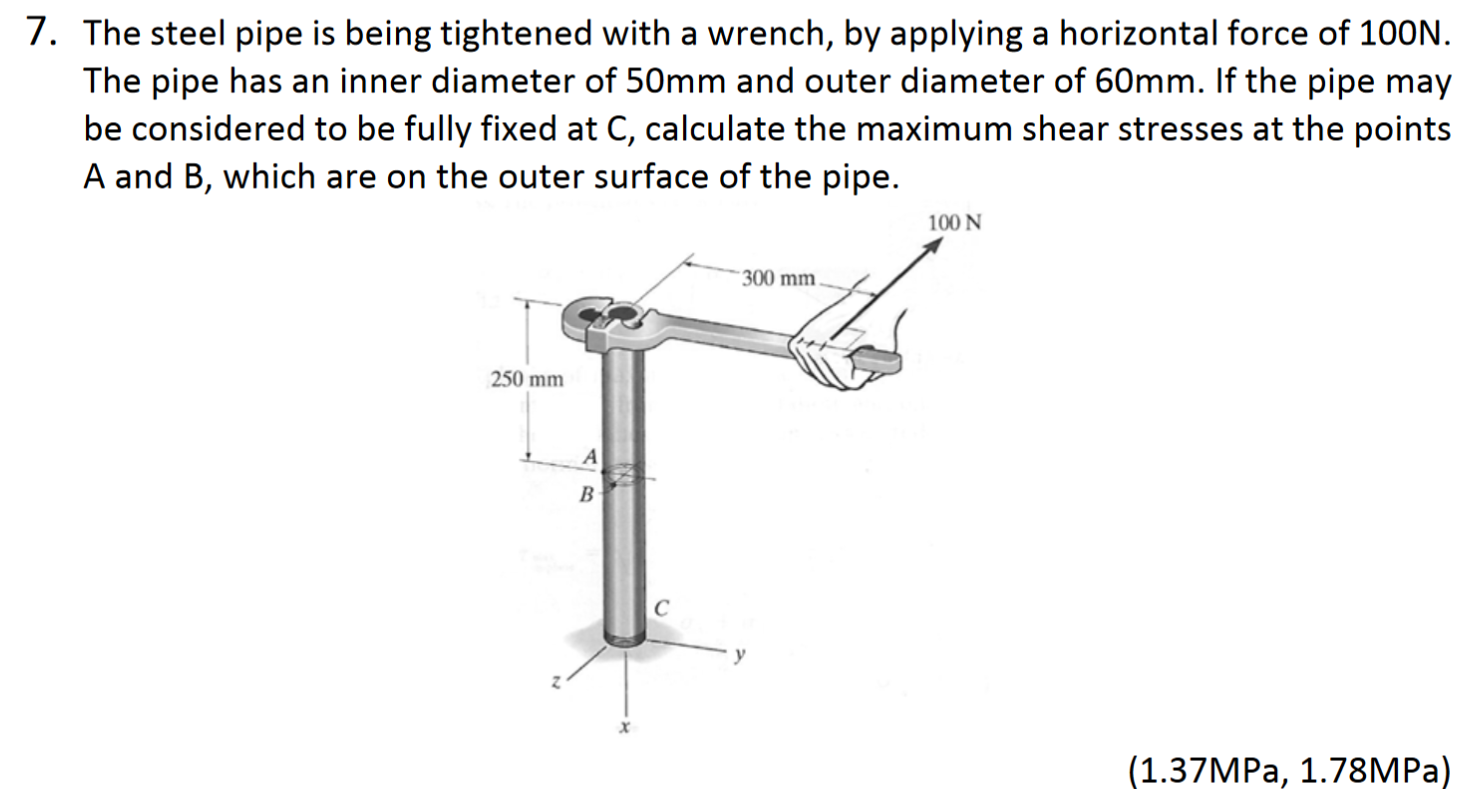 My work is as follows:

This is the first answer listed, which leads me to believe my lecturer listed the answers for (B,A) instead of (A,B)?

However then for point A:

Following the same process used for B:

This is clearly not the answer my lecturer gave. I am a confused as to where I went wrong. I am aware that I did not use the value 250mm but I am unsure where it applies. What makes points A and B different, aside from their distance from the force? I would really appreciate any assistance in the matter, thank you so much for reading.

The reason is, that the pipe is also subject to transverse shear. 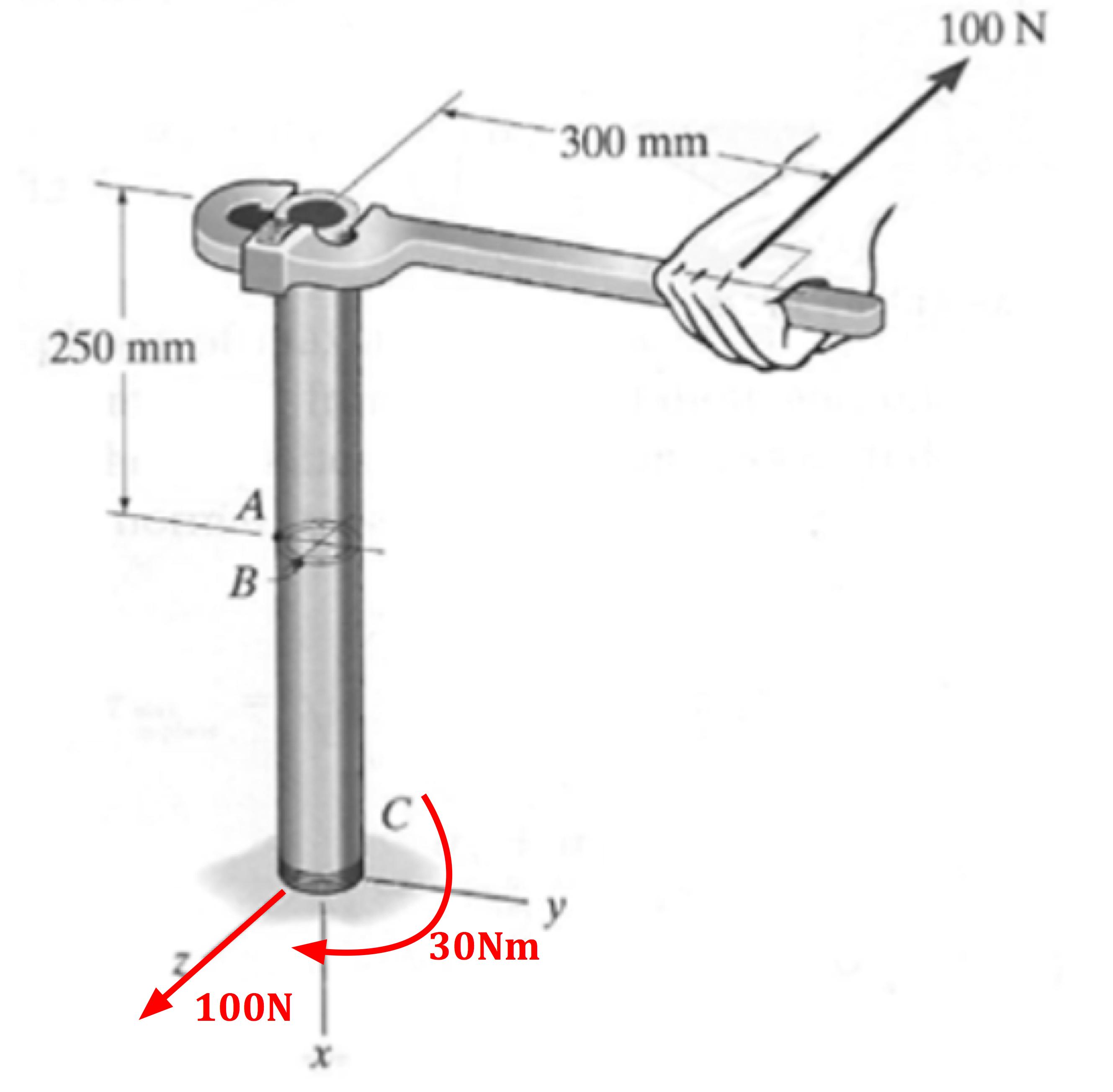 This is due to the fact, that this lever doesn't apply a "pure" torque moment, but an eccentric force, which results in torque and shear. Now you get two different shear stresses when you consider A and B. As this pipe is subject to the shear force $V_z=100N$, the transverse shear "flows" from B over A towards the opposite side of B.

(note: There would be a bending moment $M_y=100N\cdot L_{pipe}$ the base of the pipe as well, but it doesn't result in transverse shear.)

You can determine the transverse shear stress, using the following formula $$ \tau=\frac{V_z\cdot Q_y}{I_y\cdot t} $$ Take a look at this question for further explanation of transverse shear.

In sketch $II$ you can see, how the $100N$ force does create a bending moment, the orange line is a sketch of the deformation curve, that said force would cause.

On the other hand, in sketch $III$ you can see two opposing eccentric forces, resulting in the same torque $T=2\cdot(50N\cdot 0.3m)=30Nm$, which would not result in a bending moment, as they cancel each other out. $M_y=50N\cdot L_{pipe}-50N\cdot L_{pipe}=0$. Furthermore, there would be no transverse shear stress in the pipe as well.