I'm using an engineering software based on Autodesk AutoCAD 2018 OEM and I need to assign keyboard shortcuts to NumPad keys directly, without any modifier (SHIFT, CTRL, ALT).

On older version of Autocad this was possible, but now even though it's possible to assign NumPad keys directly, they do not work. According to this page on the AutoCAD LT knowledge base: "Valid modifier and key combinations include Number Pad (NUMPADn) keys containing no modifiers" and I hope the same is true for the "standard" AutoCAD (i.e. no "LT").

In fact I'm able to assign a shortcut to - for example - "Scale" function to NUMPAD(8), as in the screenshot below: 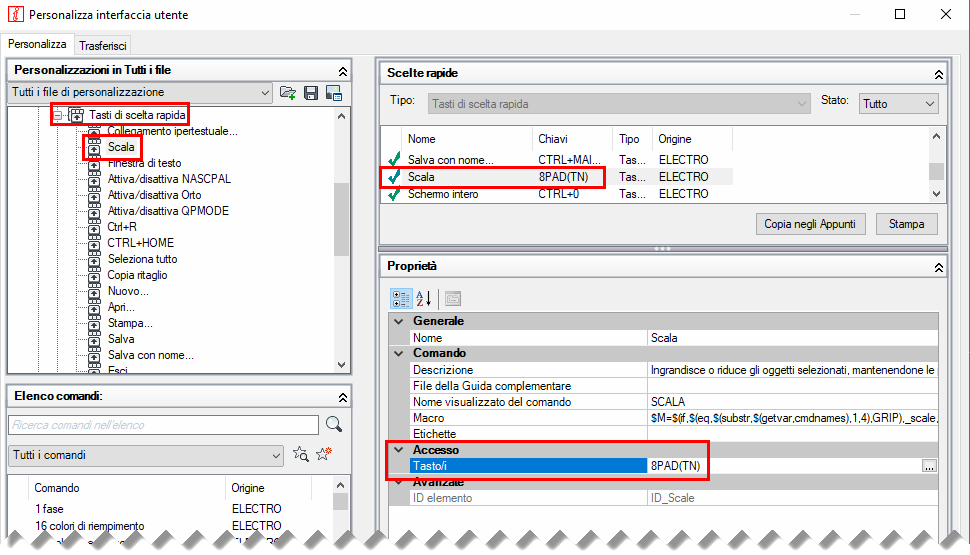 But then I'm not able to use it because if I press the NumPad 8 with Num Lock ON the AutoCAD console reads an 8: 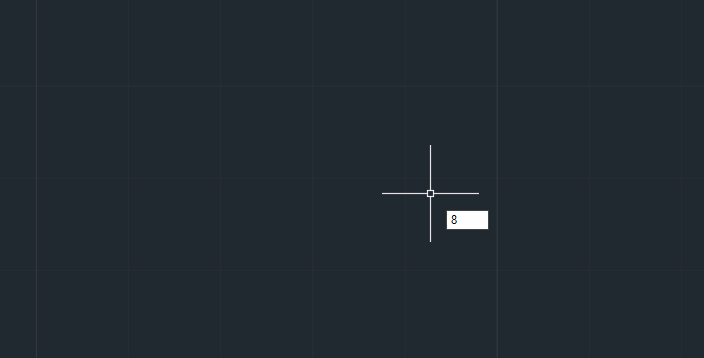 ... and if I keep the Num Lock OFF then the console picks the previous command (as it's the same that pushing the ↑).

So if this feature is documented and the cui AutoCAD command allows me to choose that keys, how are they suppose to work? How can I assign a key to speed up my work without using a modifier?

I was able to reproduce the error: basically you cannot assign any NumPad key to AutoCAD 2015 or newer (2018 included) and in any flavour (Full, LT, OEM, etc.) when using a keyboard different from English (mine was Italian). 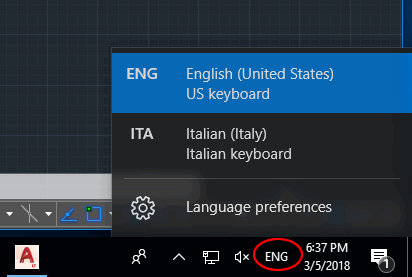 So, to workaround this bug, change/add an English keyboard BEFORE starting your AutoCAD product and then you'll be able to assign the correct Numpad key in the Customize User Interface dialog. It will appear as NUMPAD8 and it will work even after deleting the English keyboard (if not used). 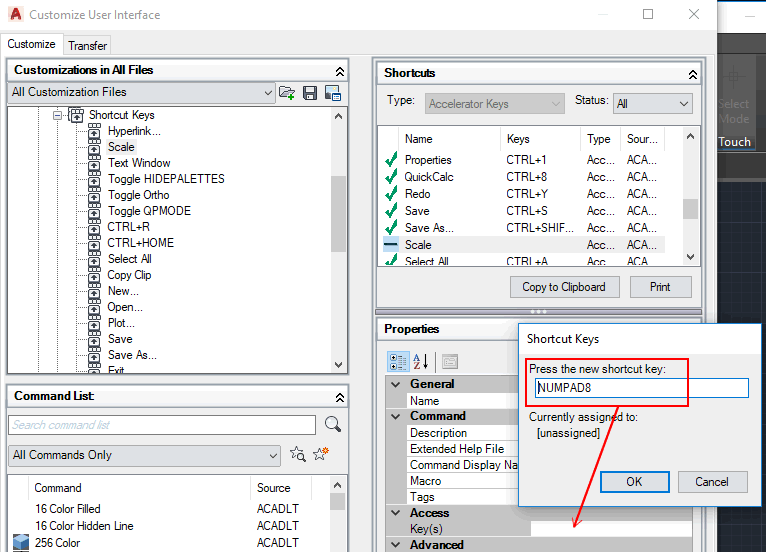 Not the answer you're looking for? Browse other questions tagged autocad or ask your own question.