I am trying to model this system but am having difficulties in setting up the equations of motion. This is a simplified model of a motorcycle suspension system, where P is the ground in the image below. In addition, the variable $u$ is the input to the system, which is the displacement from the ground (like a motorcycle going over a bump). 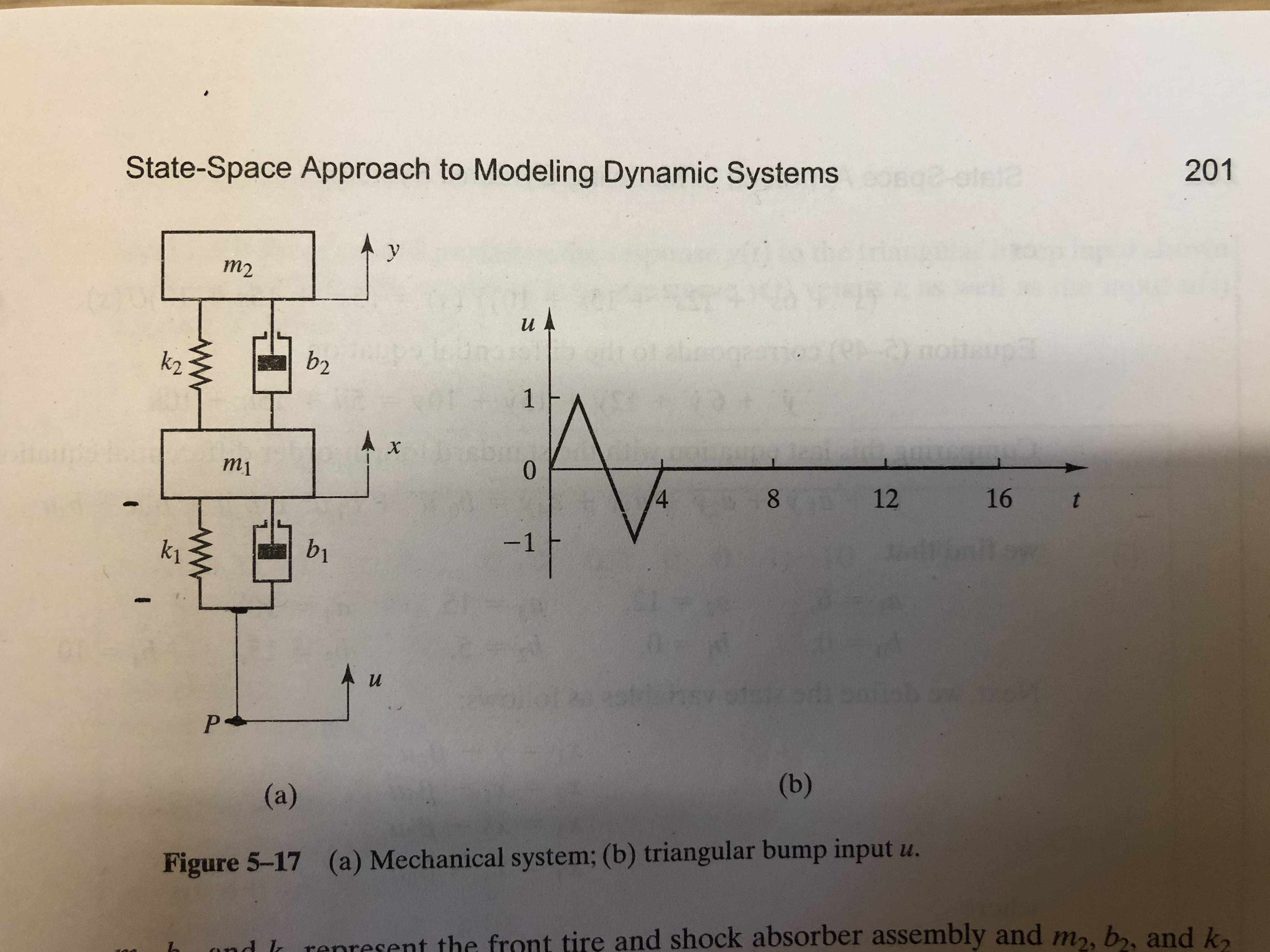 The first two term on the RHS come from the coupling of $x$ with $u$ while the second and third come from the coupling of $m_1$ and $m_2$, or equivalently from Newton's third law. However, the textbook solution only has the first two terms, and not the interaction between $m_1$ and $m_2$ for the EOM of mass 1. I am extremely confused as to why this is the case. Is it because they are vertical and not horizontal? How would the EOM change if the scenario was all horizontal?

You're equations of motion are correct. Your book is either wrong, or is making the assumption that $m_1 \gg m_2$ in which case the terms contributing from the interaction with $m_2$ would be negligible.

Not the answer you're looking for? Browse other questions tagged dynamics transfer-function systems-engineering or ask your own question.