What is this kind of bearing called

I came up with this concept for a partial rotation, lubricant free, low friction bearing for a robotics application. Two complementary sets of tensioned tendon-like cables (or tapes) serve both to constrain the degrees of freedom of the joint as well as the rolling surface. Here's a render of a model I made to illustrate the idea: 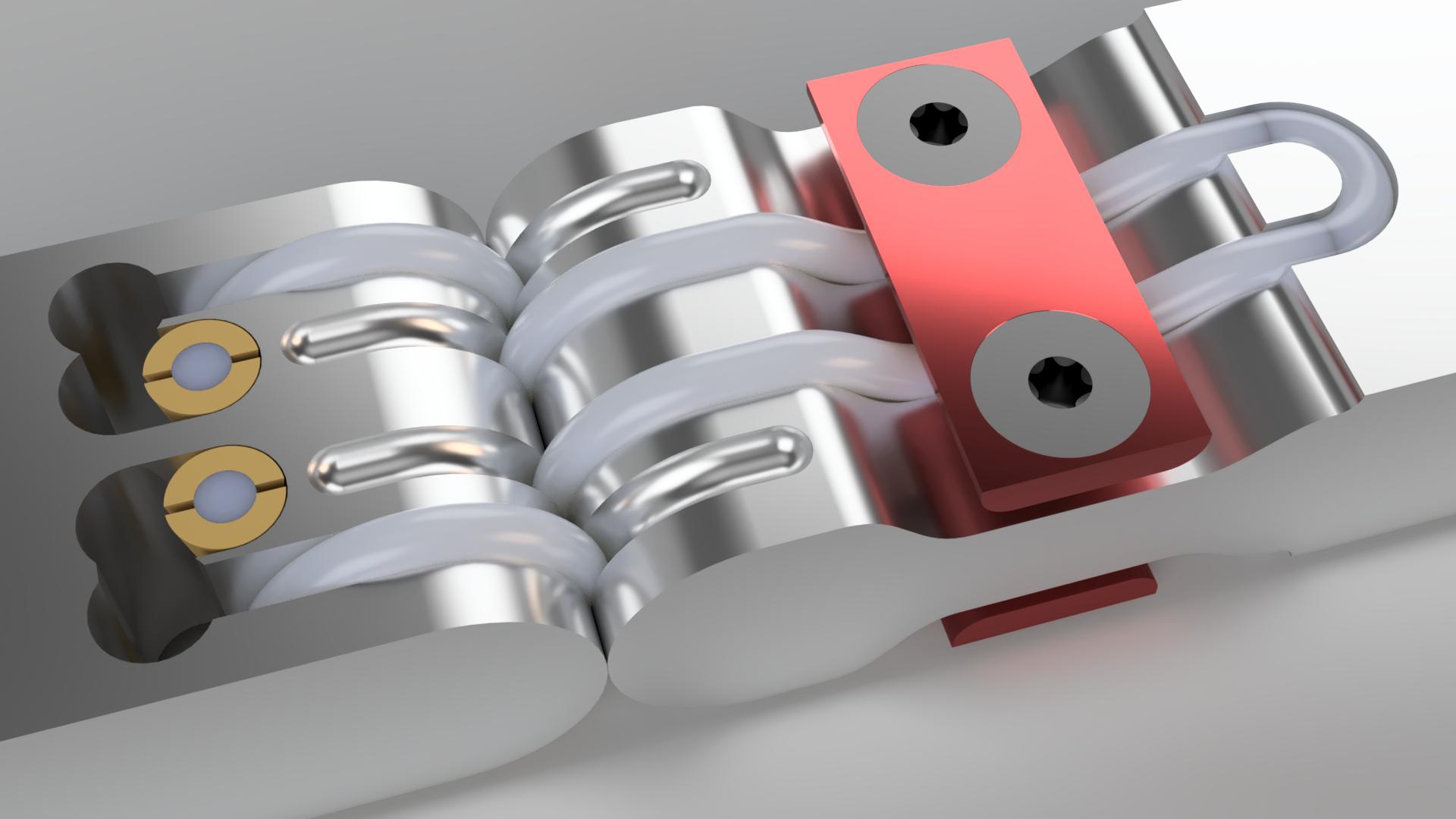 I'm sure that I'm far from the first person to have had this idea, but having no clue about its proper name nor about how to describe it, I'm unable to find anything on the net. I guess it's best described as a kind of flexure, but what exactly? Has this mechanism found any real world applications?

I think it is similar to what it is called by MIT Fundamentals: Flexural Rolling Bearing or Rolling Contact Flexure in section 10.14.

As is often the case, a hybrid system can combine the best of both worlds. So it is with rolling contact flexural bearings. These bearings allow for compact rolling element joints to be designed. These joints can sustain large normal compressive forces due to the rolling contact, and respectable shear and tensile forces due to the flexible bands. This also make them inherently preloaded. Most importantly, they allow for rolling motion with a minimal number of elements and no lubrication which makes them particularly well-suited for precision instruments medical device applications.

Not the answer you're looking for? Browse other questions tagged mechanical-engineering mechanisms bearings flexures or ask your own question.