I'm trying to route a water hose from one location to another without passing through a keepout area (the red box shown).

I am simply sweeping a circle (red sketch) along a Projected Curve defined by two orthogonal sketches, one on TOP (green curve) and one on FRONT (blue curve). 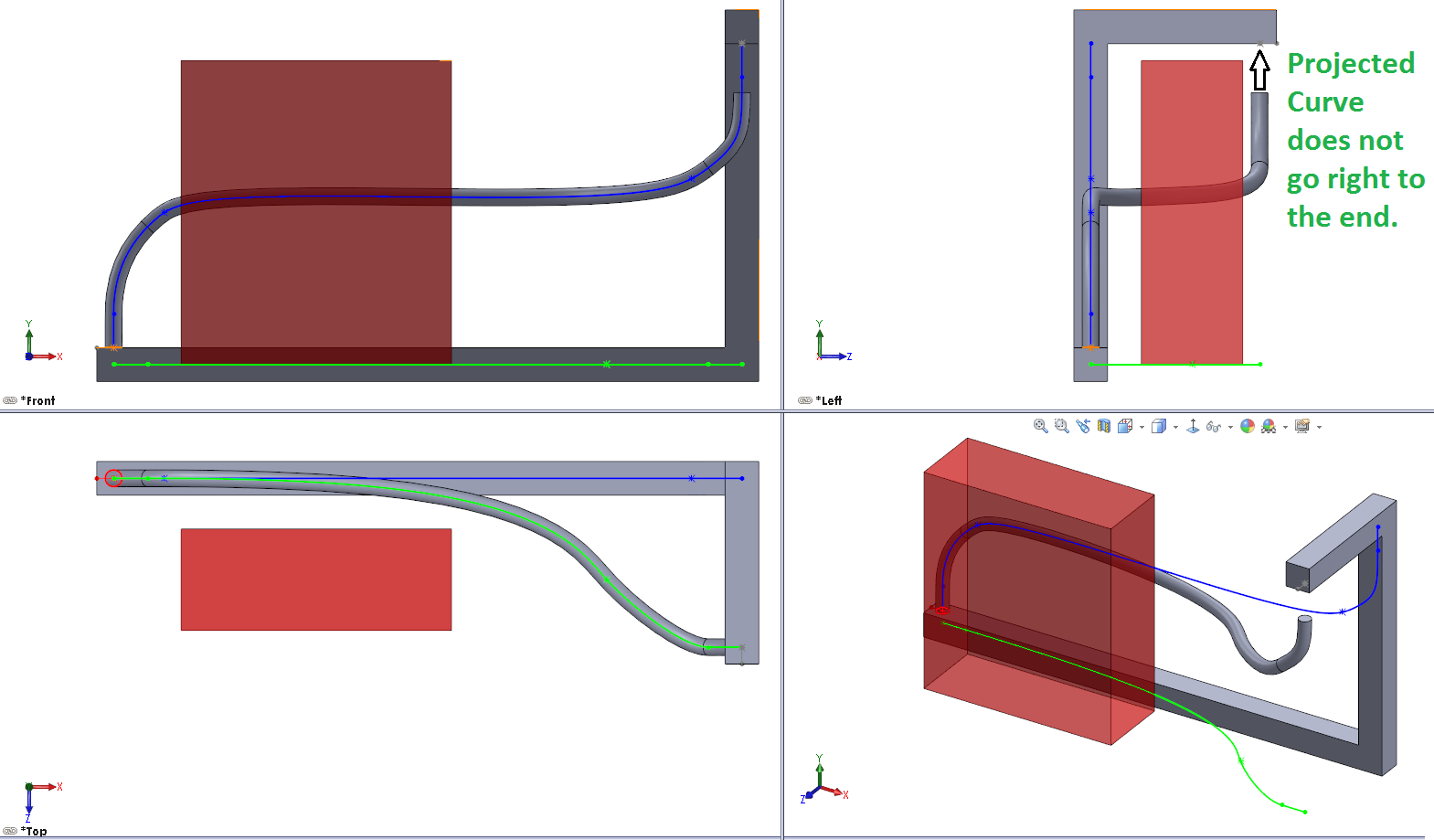 It's very nearly working, apart from that I cannot seem to persuade Solidworks to complete the Projected Curve. It always seems to stop short of the final location.

Each of the two control curves begin and end with straight line segments that are tangent to the spline that governs the path. I need these to get a nice, straight controlled entry/exit from the flat surfaces.

The control points begin and end at the same locations in space (projected onto their respective planes).

What am I doing wrong, that is preventing this curve from being completed?

I'd recommend using a 3D Sketch Spline for creating your hose - this will more accurately model the natural shape that the hose would assume given the boundary conditions of perpendicular to the grey transparent block at the in/out positions. Let me know if you have any questions regarding this method: