First, a neat image from Wikipedia 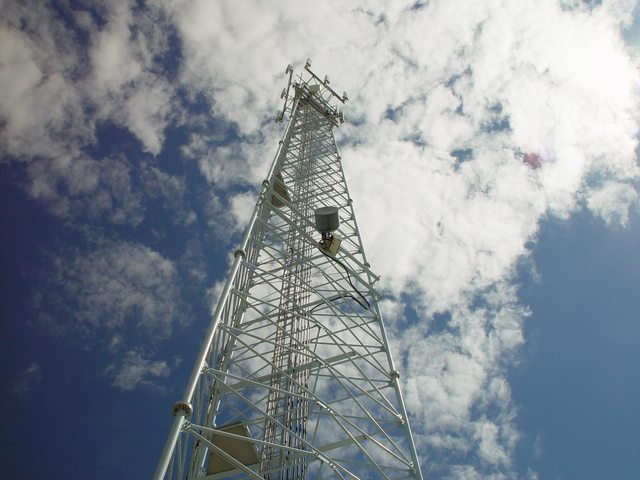 Here the cell tower has three vertical (or maybe slightly inclined to the inside) thicker pipes which are located at angles of a triangle and those three thicker pipes are interconnected with numerous thinner pipes and this yields a lattice tower with triangular horizontal cross-section.

Clearly you need at least three vertical pipes to make this happen. The design above with triangular cross-section is very popular.

I could imagine there're was a difference when a tower had notable load concentrated in one direction. Yet I'm asking about cell towers that carry rather lightweight equipment and mostly have to withstand wind loads.

You are correct that a triangle is the most efficient basic shape. Once the overall design has some constraints, other factors may hold more sway over the final design.

Here are some of the design considerations that may make a square cross section preferable to a triangular one:

Not the answer you're looking for? Browse other questions tagged civil-engineering steel structures or ask your own question.

11
Why do we use multiple reinforcing bars instead of one bar with a big diameter in reinforced concrete?