How the amount of bolt's preload in a single lap joint can change the natural frequencies? 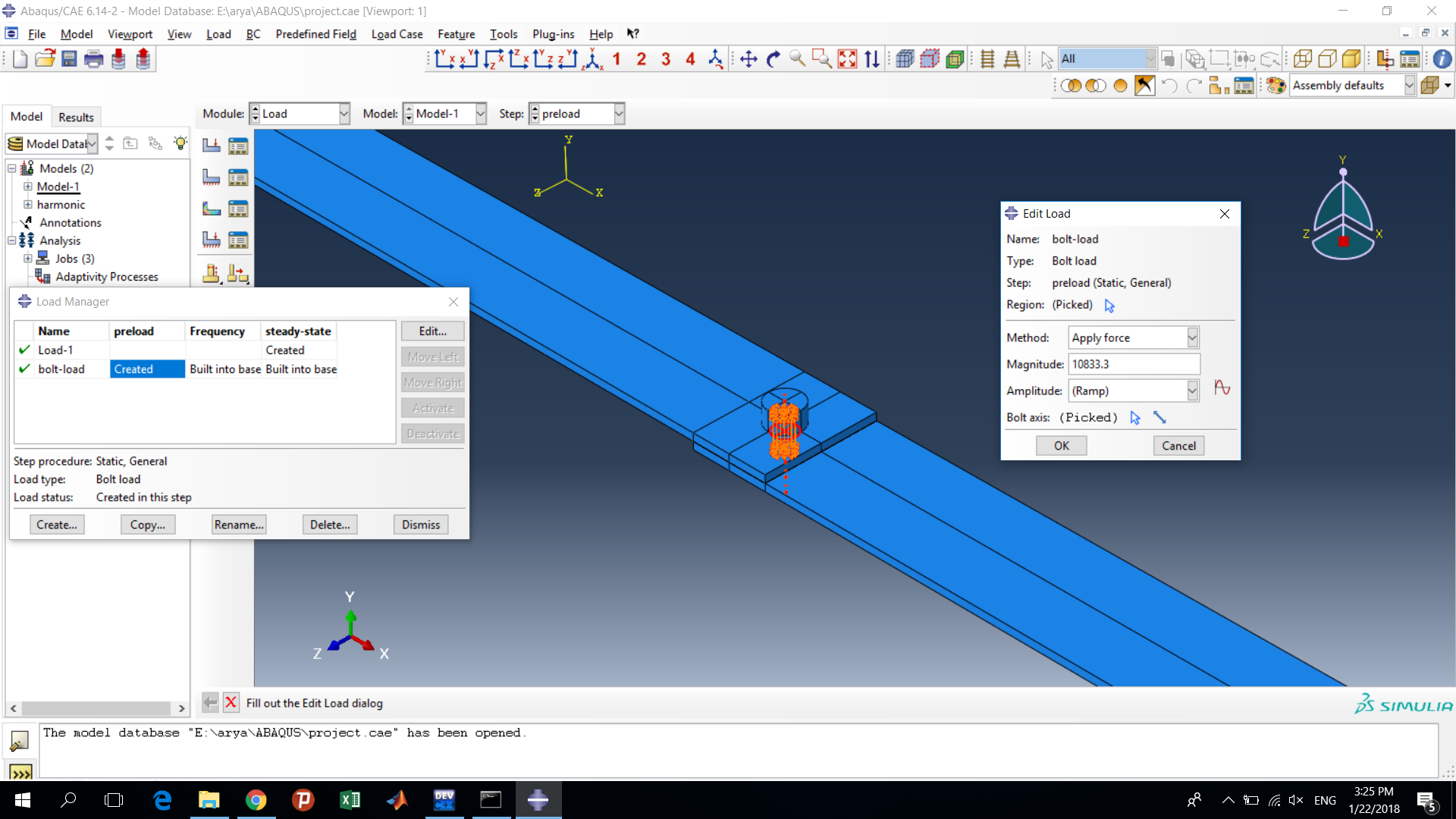 I'm unsure about the magnitude of the change, but providing tension by preloading an object definitely alters the natural frequency. It is commonly adopted to avoid resonance from external disruptions. I have seen the idea adopted with shafts, but in a single lap joint like your example I can't imagine the affect is very big, as you observed. When undertaking modal analysis of a large assembly, such as an engine case, the tension of the bolts at the mounting locations can be an important consideration.

In terms of two beams bolted together, I have not seen examples of the affect of preload. But common sense suggests the impact would be much less significant than preloading an entire shaft, for example. Each beam in your model has it's own natural frequency, as does the bolt; the bolt's natural frequency will probably have increased non-negligibly.

If you preloaded a single beam (i.e. applying forces at each end, think guitar string) you should see a more pronounced effect.

I made some experiments long time ago, in 1990. For a bolted beams free ends, I found that: with increasing the bolt preload, the natural frequency increased until maximum then start decreasing again. That happened in all modes.

3
How to simulate the Natural Frequencies of a Planetary Gearbox?
0
How to get natural frequencies from accelerometer measurements?
1
How to find the diameter of bolts in a flanged joint?
0
How can I find the right resonant frequency of a chassis?