I am working on a model city.

Suppose I have utility poles A, B and C (brown) that go around a sharp corner. Looking from above, how do I connect the poles with power lines (gray, solid)?

Are the crossarms of utility pole B rotated correctly with respect to the direction of the lines? Do the crossarms of pole B the correct length, or do they need to be longer than normal? Are there any other problems I should keep in mind? 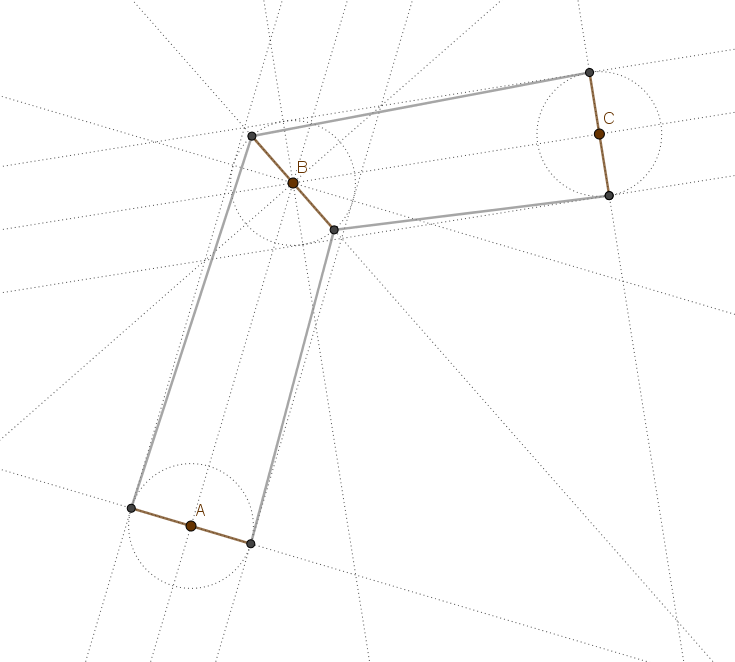 You can easily see that the wires don't allign(parallel) with the dotted line which would be the line they should follow to maintain the same mutual distance. To calculate the widht the mast should have, you can take the width of the first mast, and divide that by $cos(\alpha)$ where $\alpha$ is half the angle the middle mast makes in degrees.

In reality(at least in my country), the masts in sharp corners like those of yours, are lower and stronger than normal masts. Normal masts directing wires in straight lines mostly only get loaded perpendicular to the ground. Masts in corners, colloquially called 'little soldiers' in my country, are build thicker and shorter since they need to take on lateral forces much more. They are not necessarily as wide or wider than normal masts. I believe they are also build at an angle relative to the ground, further increasing resistance to lateral forces.

Not the answer you're looking for? Browse other questions tagged civil-engineering power or ask your own question.