I have some doubts about a quick-release mechanism that I'm working on and I'd like to run it by you.

I have hollow tube in which there's a spring-loaded rod. Part of it is made wider and there's a metal round pin that restrains the entire mechanism as shown below:

I'm using a servo quick release mechanism similar to this: 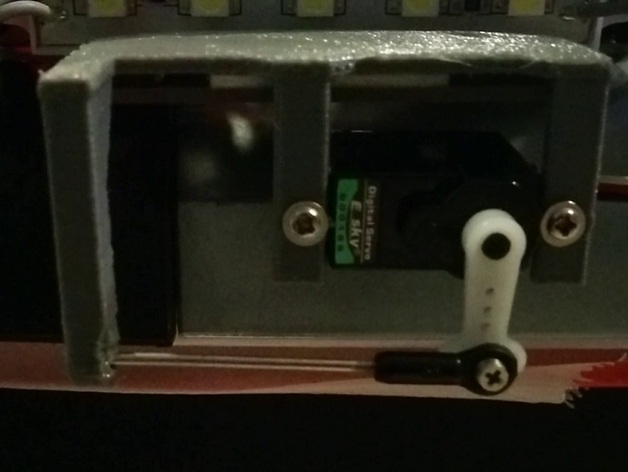 It is driven by a servo with a stall torque of 9.8kg/cm

My question is, would the lateral force the rod is exerting on the pin be a problem for the motor? E.g. the friction between the pin and the hole of cylinder being so great that the motor won't be able to move? Is there a way to mitigate this?

The force which is needed to pull the pin out, will depend on the friction of the pin and the neighbouring material, and the surface at which the friction works. Let's assume a friction factor $\mu$ of 1, though it's probably less for plastics. That means that theoretically, just as much force is needed to remove the pin, as the force put on the pin by the spring, which is 123N(or 12.5kg) in your case, assuming the springrate is constant. If the servo has an arm of 2 cm, then the maximum force the servo will be putting on the pin, is half it's stall torque, so 4.9kg. That wouldn't be enough to remove the pin. However, if the friction factor, or the arms length is lower, it may be enough.

But I'd rather be concerned that the pin doesn't get damaged after a few times, as your servo pulls it out of the tube under force. That used to be the one lifelimiting factor in the BB guns I had as a kid. Those used the same construction as you show here.

Not the answer you're looking for? Browse other questions tagged mechanical-engineering springs servo or ask your own question.