How would I get my hands on something I designed in Solid works?

Lets pretend I designed a plastic Lunchbox, like the ones pictured below in solid-works. 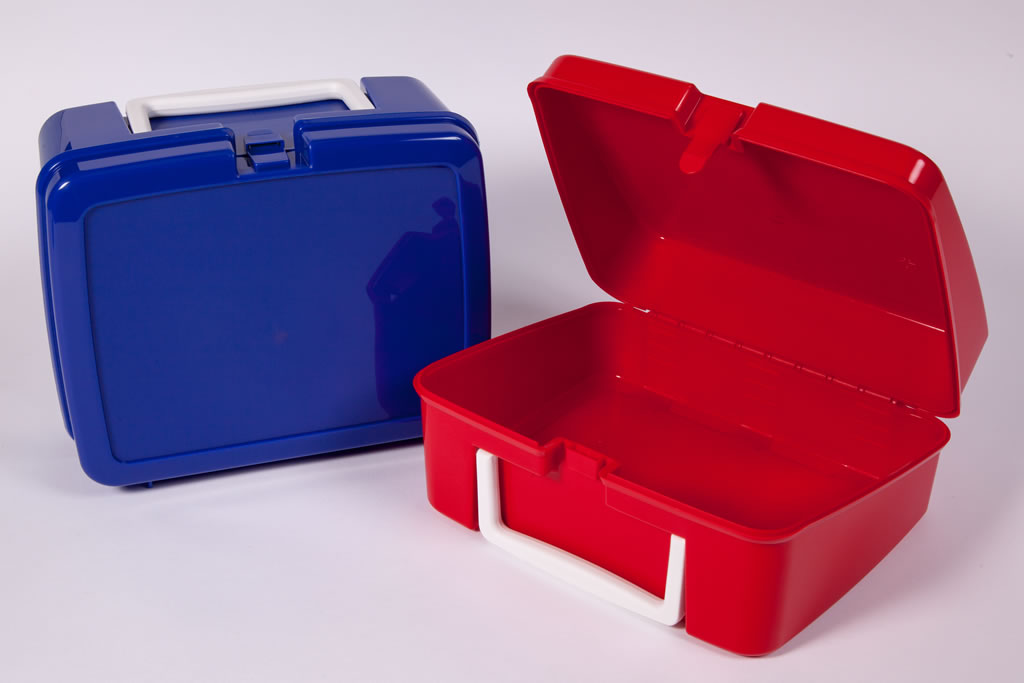 What processes or options are involved in obtaining a physical sample of my design?

Without additional information regarding your design, the answer is difficult and has to cover multiple aspects. As noted in the comments, injection molding is expensive to set up, especially to produce one unit. You have not indicated that your design requires this method.

If your design lends itself to 3D printing, there are online 3D printing services such as Shapeways and others which will take your design and return to you a model created in the material of your choice.

Even a 3D printed design such as the lunch box, which would have fragile walls due to lack of thickness, could be created if you did not require structural strength. The same model could be used as the master of a home-made mold which would then allow for resin casting at relatively low cost.

If the design does not lend itself to 3D printing, there are fabrication services such as emachineshop.com but they would require a different source reference, likely in DXF format. SolidWorks can generate such documents, to facilitate the construction/fabrication of your work.

In all cases, you would have each component created separately and assembled after creation. An exception to this is SLS 3D printing, in which the nylon powder used to create the part also serves as the support and separator material. Moving parts can be created in one print, fully assembled. SLS 3D printing is very expensive compared to other forms of additive manufacturing.

On the reverse side of the coin is machining. Your design could be machined on a CNC milling center. This process would require a block of material slightly larger than your design and all portions of the block that are not part of the design are carved away by high speed cutters of various shapes. Because this process requires a large block of raw material and removes so much, it is also quite expensive. Solidworks is capable of creating the files necessary for producing an item in this manner.

Not the answer you're looking for? Browse other questions tagged mechanical-engineering design cad plastic solidworks or ask your own question.

12
How is a mechanical system designed and tested without building a physical model?
1
Designing electronic enclosures for manufacturing
5
Limits of Injection Molding Regarding Overhung Edges
1
Difference between VC-130 and VC-131 steel
1
Creating a side plate in Solid Works
3
How can multiple rotational joints be locked with one mechanism?
0
3D printer printing out cotton-candy like material after repeated use
0
Production methods for AC mains power plug pins?