What is Radial and Thickness Mode Vibration in a Piezo Electric Ceramic Disc Transducer?

I am trying to use a Piezo Electric Ceramic Disc Transducer for ultrasonic sensing measurements for fluid levels. A Piezo Ceramic Disc with a Resonant frequency of 215 KHz or 1 MHz is under consideration. These devices specify a Radial and Thickness mode vibration configuration. 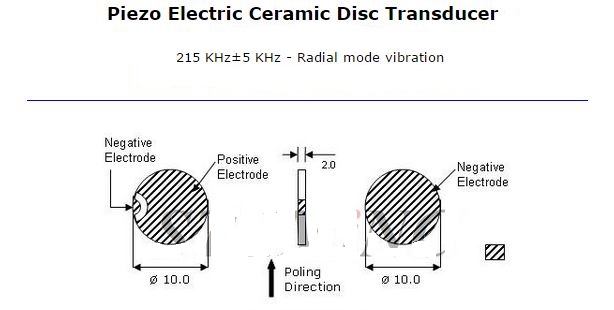 Primary Question: What is Radial and Thickness mode vibration configuration? 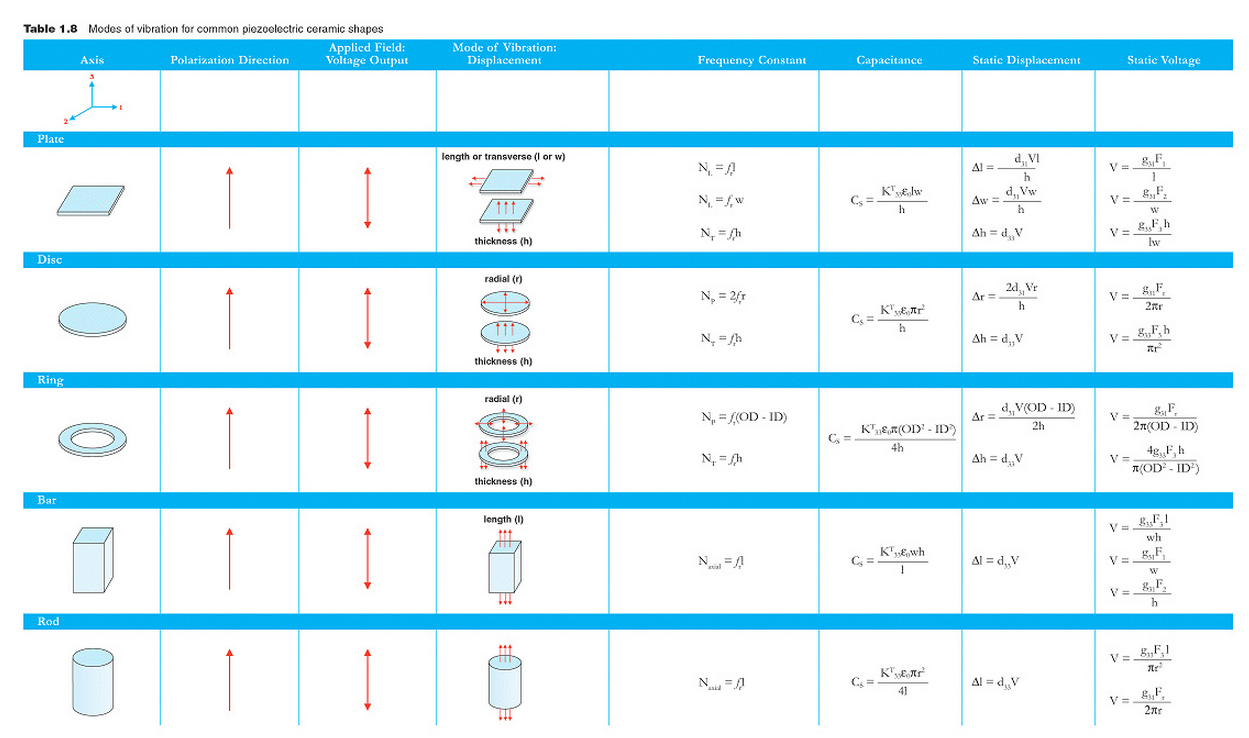 There is an excellent white paper from piezotechnologies.com which is probably worth a read if you are new to working with piezoelectric devices. Quoting from the section on resonance frequencies:

If an AC voltage is applied to a piezoceramic disc with a diameter several times its thickness, two series of resonances may be observed. The resonance at the lowest frequency corresponds to motion in the largest dimension of the ceramic, which in this case is in the radial direction. Often, several harmonics will also be seen at higher frequencies.

So, the radial mode is lower in frequency because it has a larger dimension. Since it is also the lowest frequency resonance it is much cleaner because it does not coincide with any other harmonics. See the figure below. 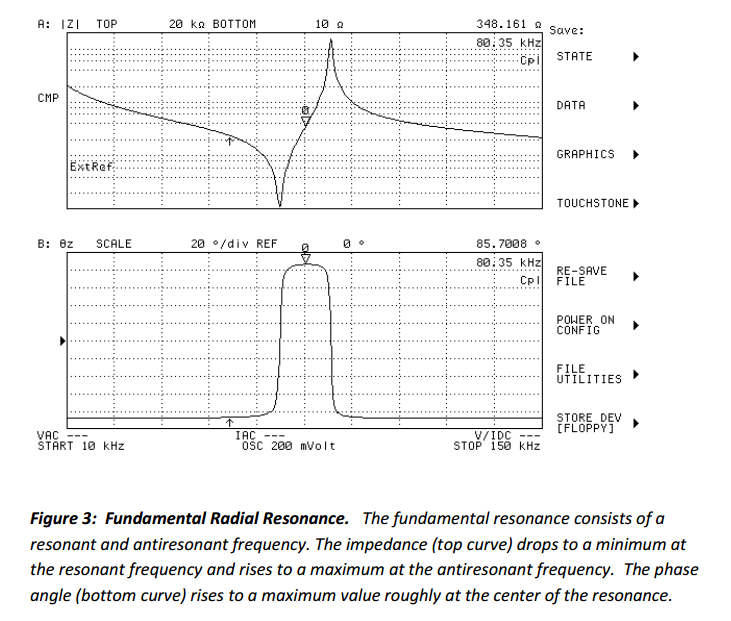 The axial (thickness) mode on the other hand has a stronger resonance since the piezo-crystal is designed to be driven in that direction. In addition, it overlaps with some of the higher harmonics of the radial mode and therefore has a 'dirtier' appearance. See the figure below. 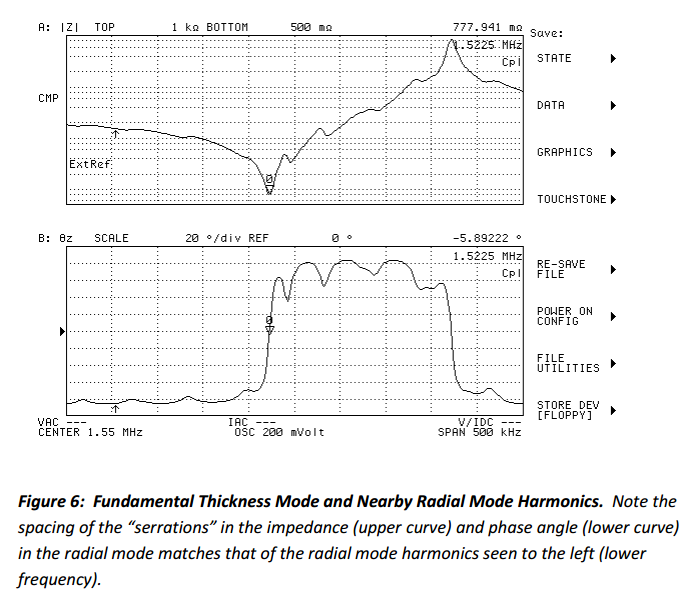 The full spectrum showing the narrower, weaker radial mode and its resonances together with the axial mode puts the relative broadness and strength of the axial mode in perspective. 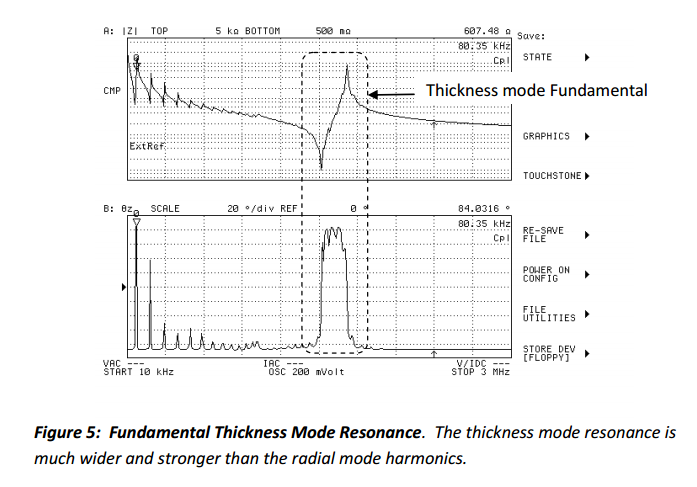 Radial: Oscillatory waveform is between edge and centre.
Thickness: Oscillation is across disc faces so will be higher frequency all else being equal.

Interestingly, while the relationship does not have to be this close

Texas Instruments has extensive material on this Piezo Electric disc for applications of measurements fluid level. You can search their website for STEMINC and you will see two discs used on Thickness mode. Both discs have frequency 1MHz and are used with a couple of their controllers. The discs are SMD10T2R111WL and SMD15T21R111WL. STEMINC also has these same dimensions discs with Radial frequency but the Texas Instruments Controller TDC100 for liquid level measurement will work with the 1MHz version.

14
Can I use a ultrasound sensor to measure water level?
4
What is a good sensing element to monitor corrosion in a bridge structural health monitoring system?
3
Piezoelectric matching/backing layer materials
3
How to tune the radial mode vibration of a PZT disc transducer?

9
What is the difference between Bluetooth Low Energy and Bluetooth BR/EDR in Park mode?
2
How to test connectivity between wire and piezo-ceramic transducer
1
How to measure electro-mechanical coupling?
1
Is there a difference between piezo ceramic disc transducer and a piezo ceramic bender
2
What should be the relation between flange length and web thickness for an optimum I - beam?
1
What is the possible reason for a huge discrepancy between measured vibration by vibration meter kit and a vibration transmitter?