I am currently reading “Fundamentals Of Vehicle Dynamics” by Thomas D. Gillespie. 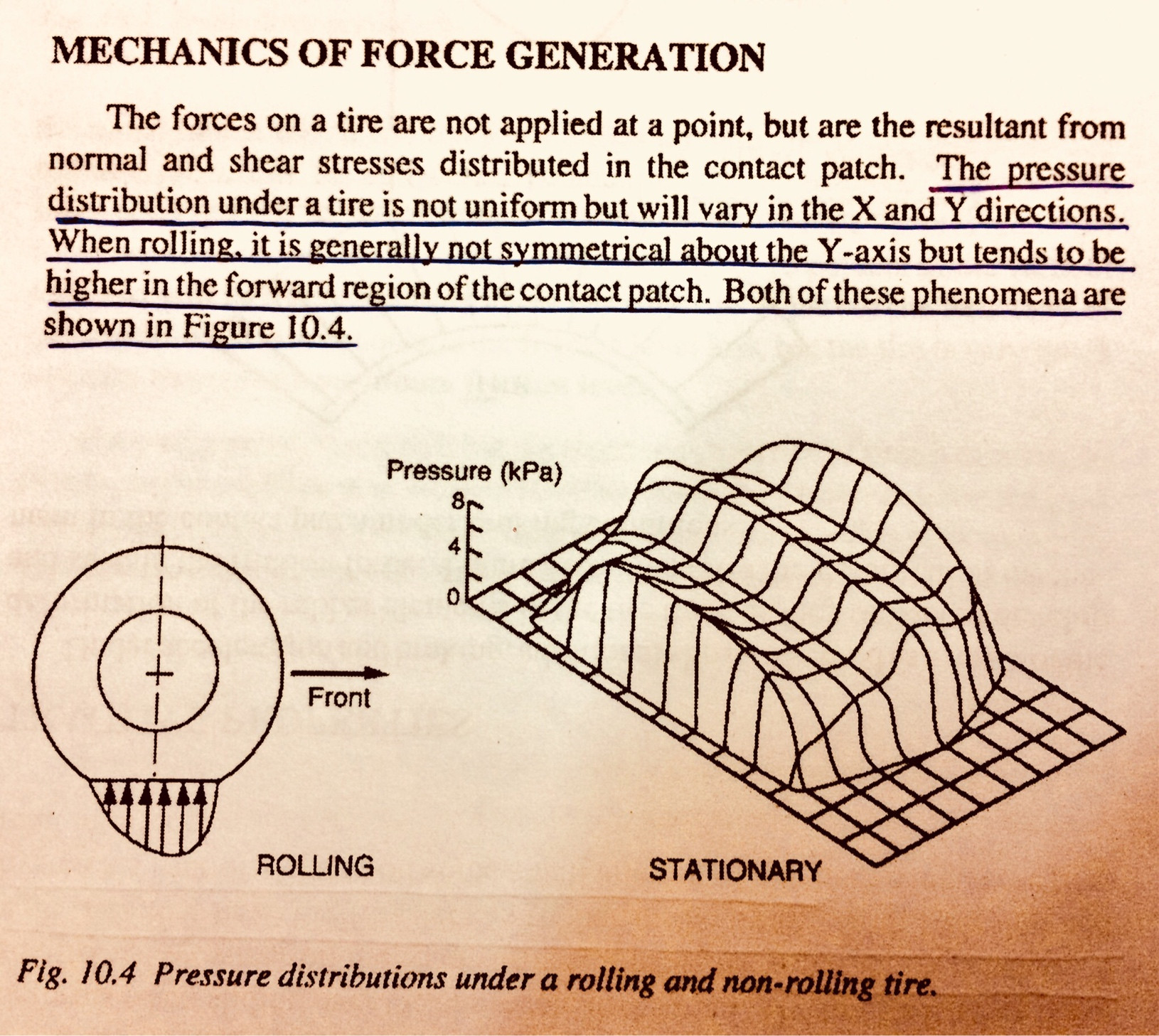 The author mentions how the asymmetric pressure distribution across the length of the contact patch of a tire while rolling results in Rolling resistance. This, then inevitably creates a moment about the axis of the wheel which resists its movement.

The author states, however, that this asymmetric pressure distribution only occurs when a tire is rolling. There isn’t any asymmetry when it’s in a dead-stop position.

What I want to know now is the reason for this asymmetric pressure distribution. What causes it? How does Rolling generate asymmetry?

I came across a site that, among others, tries to explain exactly the phenomena in your question. It goes quite into depth about the different components of the tyre and how they interact with each other and the effects it has on the contact patch and rolling resistance. I also especially enjoyed the part speaking of the standing wave.

I really like @Mark's answer and I've drawn a sketch showing how I understand it: 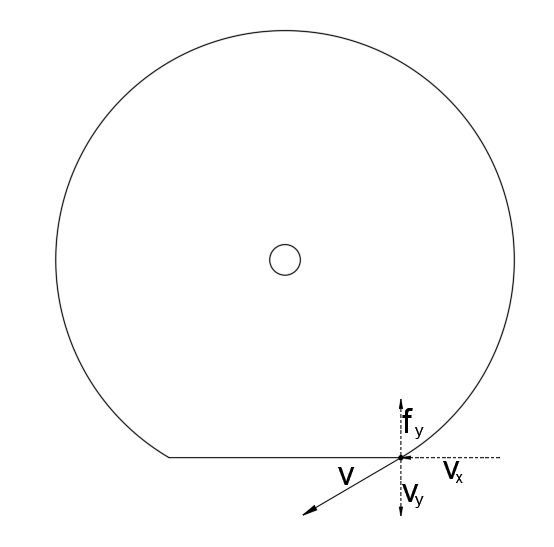 Basically, the moment when an element of the tyre touches the ground it has to stop to a standstill (relative to the ground). In order to have this happen, a force in the opposite direction needs to be applied to decelerate it. fx isn't shown in the diagram but that's the required forward force to decelerate the element, also causing rolling resistance.

The opposite obviously applies to the trailing edge, needing an upward force to accelerate it again.

At the leading edge of a tire, I would presume that as the tire tip has a velocity with a component heading in the negative z direction, the resulting change to a "deformed patch" will result in it having an acceleration to stop this velocity, which would require a force. This force would take the form of additional stress on this leading edge.

When the tire rolls forward, there is gradual loading of the weight of the car on the tire that causes it to deflect and set in to a small flattening motion.

This creates bending on the bottom face threads and the walls buckling. This constant folding of the tire creates heat and consumes energy and resist the rolling forward.

That is one of the reasons that having fully pressured tires saves gas.

Not the answer you're looking for? Browse other questions tagged mechanical-engineering automotive-engineering or ask your own question.

2
How does Hysteresis in tires helps create friction?
3
Effective radius of a tire and rolling resistance based on information on velocity and tire pressure