Would a "lifting body" design be useful for a train car?

The idea of a lifting body design is to shape a vehicle's body in such a way as to produce lift without wings. Research has shown that this can be an efficient method of reducing drag while still providing lift.

This has typically done for aircraft or spacecraft:

Could a similar approach help to make trains more efficient? 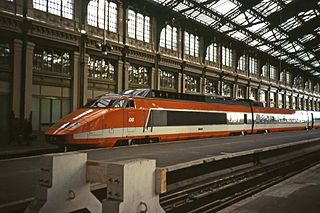 Freight trains do not: 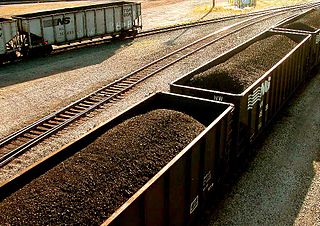 Could a lifting body create enough lift at typical train speeds to make a noticeable difference?

I won't say it's not possible to make a noticeable difference. But I would say that it's pretty darn unlikely.

The lift and drag forces on any body generally depend on the velocity of the body ($v$), the density of the fluid ($\rho$), the area of the object ($A$) and a dimensionless coefficient ($C_L$ or $C_D$). The applicable area can be a bit fuzzy in terms of whether you're talking about frontal area or planform area, but for a train this is going to basically be the area in the plane normal to the direction of travel (given that most of the train cars are simply in the wake of the locomotive). The coefficients can vary a bit with velocity due to turbulence, but will generally be between 0 and 2. The functional form is:

Crudely estimating a freight train as being $4\, m$ tall and wide, moving at $16 \, m/s$ ($57 \, kph$). This gives us that lift will be around $2500 N$ for the entire train (not enough to lift an ordinary automobile). This calculation is not meant to be extremely precise, but even it's off by a factor of ten, lift would be minimal compared to the overall weight of the vehicle.

Given that, you might consider the merits of adding additional aerodynamic elements. Here you get into a tradeoff between generating lift (to reduce downward force on the wheels) and generating drag. While lift-to-drag ratios can get high (~50 in good cases) the rolling resistance of train wheels is actually very low ($C_{rr} \sim 0.00035$). So although the lift will reduce the losses due to friction, it will increase the losses due to drag more.

So, reducing drag is good but providing lift is probably not worth it. In fact, reducing drag at the cost of adding some weight could be beneficial because wheels are so very good at bearing that load efficiently.

N.B. I consulted Wikipedia and engineering toolbox for $C_{rr}$ data. I could not verify sources for railroad wheels, but was able to confirm that values for road tires were correct via "Fundamentals of Vehicle Dynamics" by Gillespie. Any ideas on verification would be welcome.

You don't want to decrease the downward force on the wheels because that is your primary means of slowing down in an emergency. It already takes a while to stop a train, don't make it any longer. Remember that kinetic friction (wheels locked) is proportional to the downwards force on the wheel and the brakes are spread along to each car.

They do need traction, wheels are slightly conical with the radius at the outside being larger than the inside and they are both coupled to the axle. This way when the train is off-center or in a turn the outside wheel has a larger effective radius thus will turn it back to the center of the track.

Not the answer you're looking for? Browse other questions tagged aerospace-engineering rail or ask your own question.

14
If the emergency brake in a train is broken, do the passenger car brakes still work?
21
Why would a train automatically derail if a signal is passed at danger?
6
For train track, why does the ballast need "good drainage"?
1
What determines the maximum possible slope of rail transportation (without rack)?
0
Pneumatic-based, paddle wheel-type lifting apparatus for aircrafts
2
What are these reflective triangles on the sides of train track rails for?
19
What are the engineering principles for a train to get electricity from the railway
5
Why would a specfication for a motor require that overtemperature protection be realized by modeling heat generation and not with an embedded sensor?