Symmetrical truss is given: 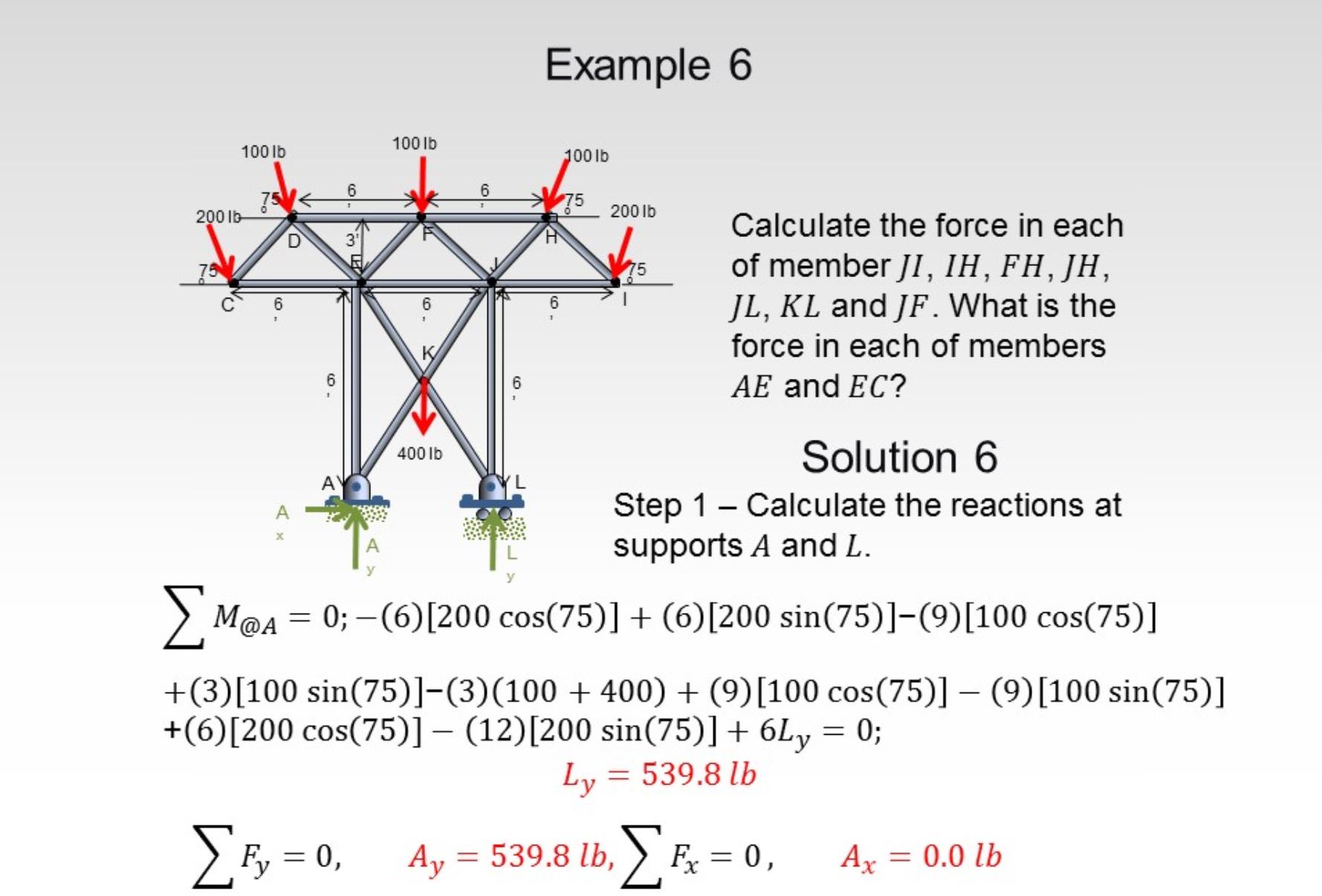 I have issue with the sign convention for joint H.

See below the solution for joint I. As you can see, when calculating equilibrium in y (vertical) direction, forces that act upwards are written with "+" sign, and forces acting downwards with "-" negative sign. 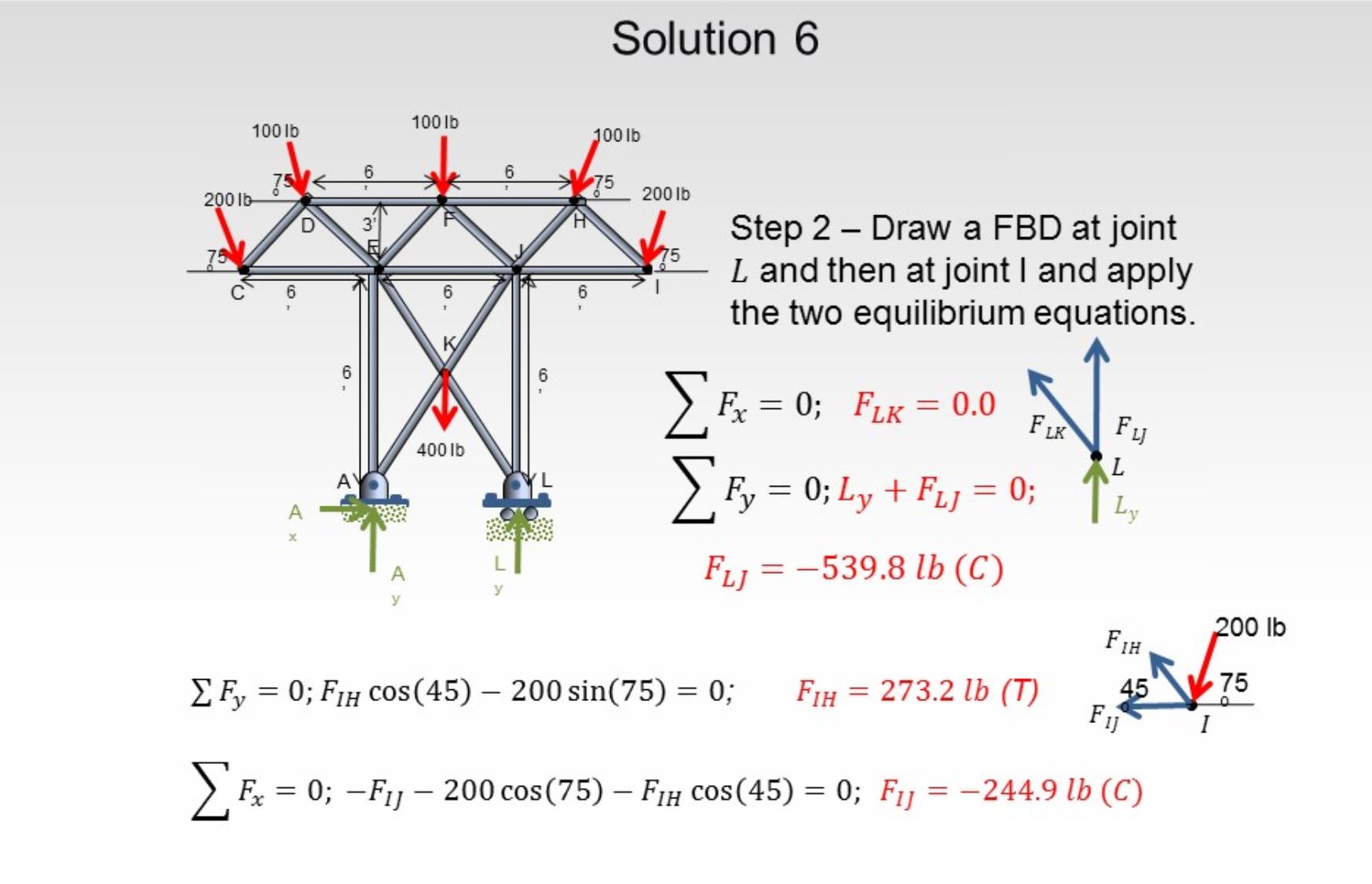 Yet for joint H below, forces acting downwards are written as positive, which is why $F_{HJ}$ turns out to be a negative force (compression force). But it's not consistent with the solution for previous joint. 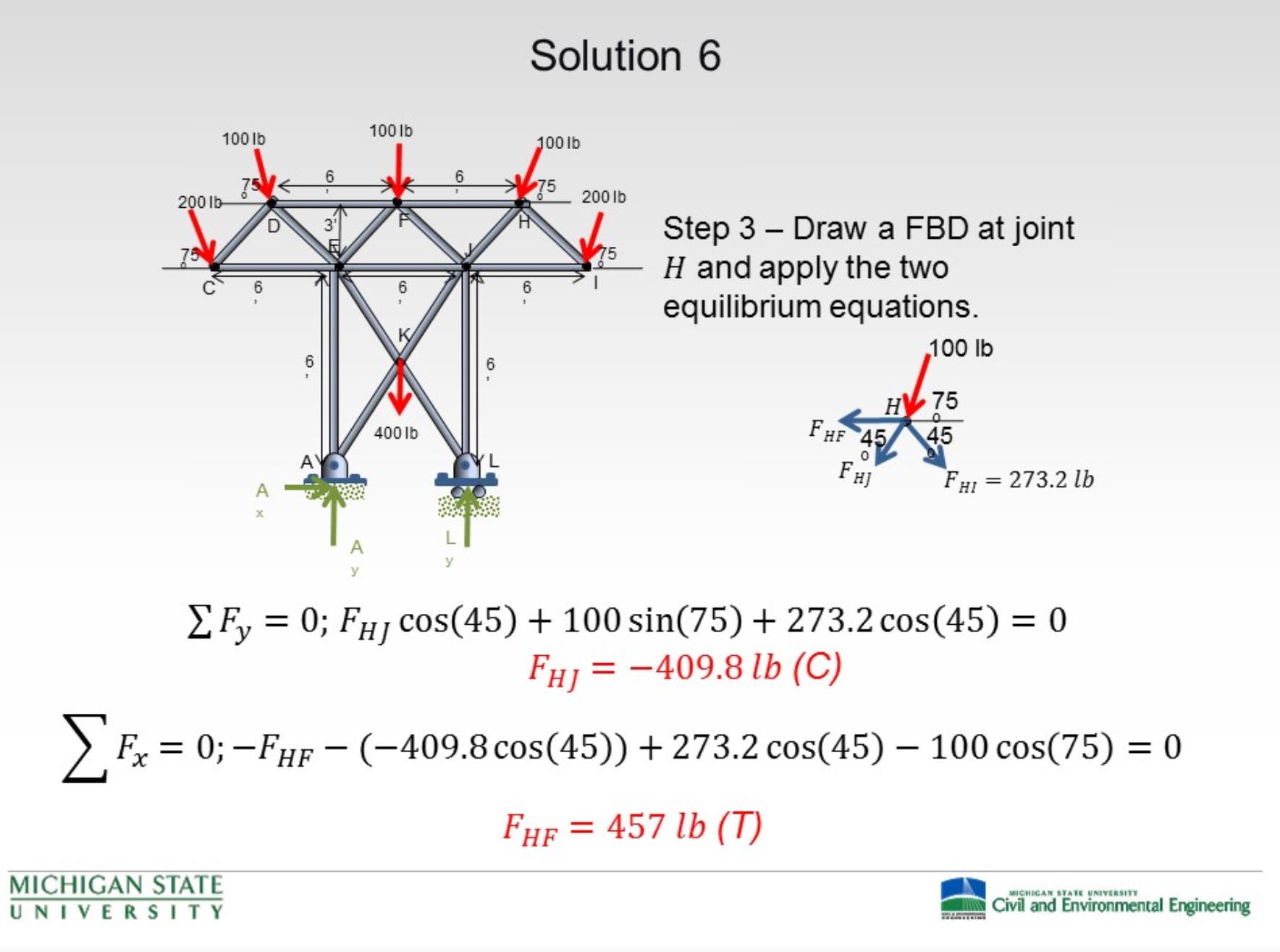 How would you go about finding force in member HJ?

The answer presented is not inconsistent, but it is badly laid out.

They have not visibly defined "upwards as positive" (they should have...). The equation that's confusing you is:

In this instance, every single force on the Free Body Diagram in the 'y' direction is pointing downwards, so, to follow the "upwards is potitive" convention, we could write:

Which, I'm sure you'll agree, is equivalent to the originally presented formula.

When answering questions like this, you should have always define the positive directions by an annotation with the FBD, and show any extra steps (such as multiplying an equation through by '-1'), to prevent confusion for casual readers.

Note further, that a 'trailing minus' at the start of an equation can get lost, and is often the root of a sign-error; what they did made sense, but they should have made it clearer.

2
FEM 3D truss analyzer produces forces that do not sum to zero at joints
4
Structural Analysis of a Space Frame
2
Does an external force at a joint between two members act on one member or on both?
0
Relation Between Distributed Load and Shear
2
Solving truss using method of joints
1
Finding the displacement in a truss using energy method Question
2
How do I calculate the member forces of a truss when external force acts on the member (not joint)?
1
Which method is better to solve indeterminate trusses, force or displacement method?
0
Question in finding the direction of forces in a truss