Is there any method to recycle air-pollution into fertilizer?

Plants use Fertilizer with those same compounds (NO2 & SO2)

So, by what method can air-pollution be captured, and recycled as fertilizer ?

One of the problems with such an idea is the concentration of such polluting gases, within the exhaust gas stream of individual producers is relatively low.

A similar problem exists with coal fired power stations and schemes to capture the carbon dioxide produced so that it can be sequestrated underground.

Firstly, the polluting gasses must be removed from the exhaust stream, concentrated and stored so that can be disposed of, or utilized in another way - such as making fertilizer.

The equipment to do so is large and expensive, which would deem many industrial plants uneconomic, particularly if it had to be retrofitted to existing plants.

Fitting such a system to motor vehicles, would increase the size of the vehicles and their weight and it would reduce fuel efficiency. It would be better to abandon the use of fossil fuelled vehicles and use another souce of energy, such as electricity.

Method for removing sulfur dioxide and other acid gases, mercury, and nitrogen oxides from a gas stream with the optional production of ammonia based fertilizers 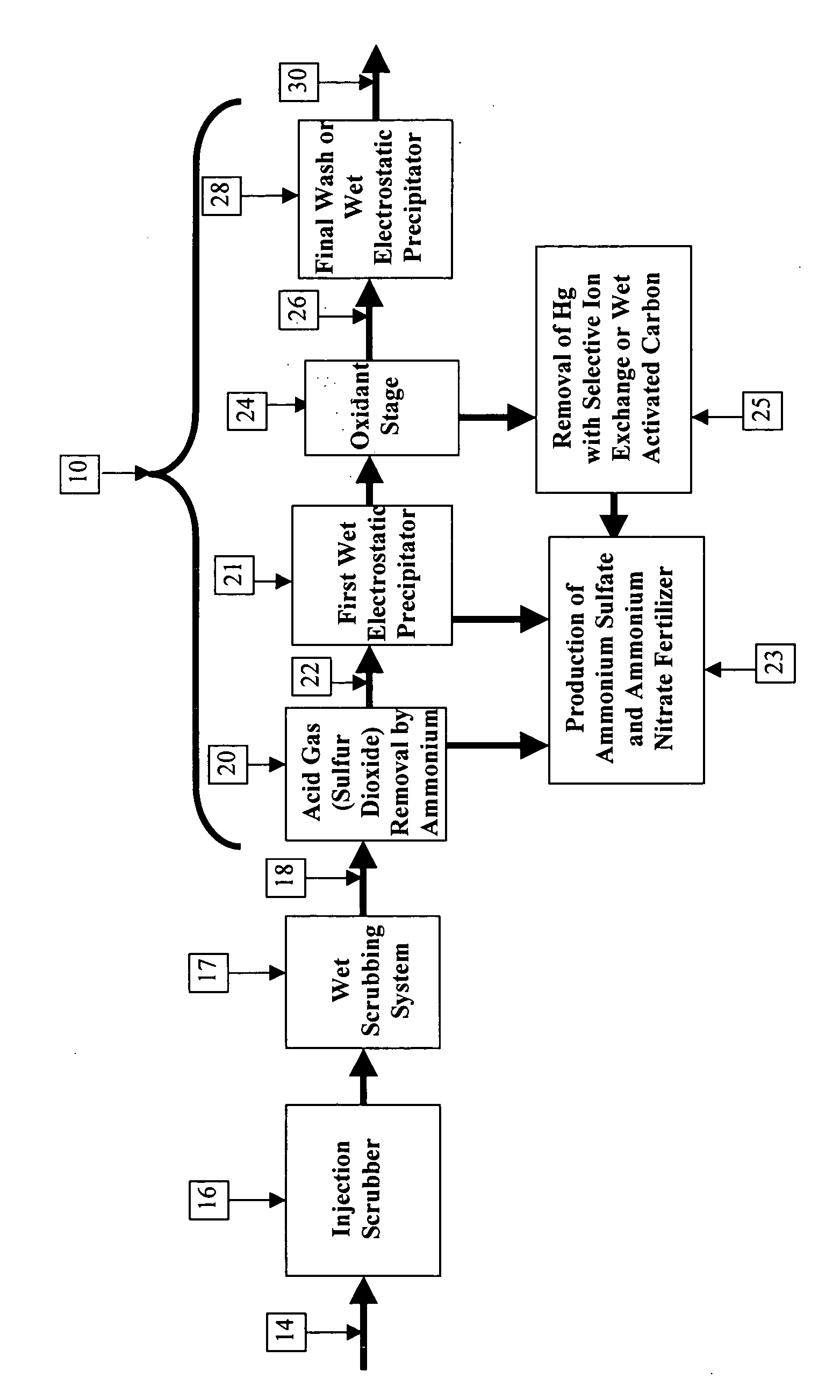