Did this artist take some licence with the Royal Albert Bridge - or has its appearance changed?

Here is how this artist rendered Brunel's Saltash Bridge: 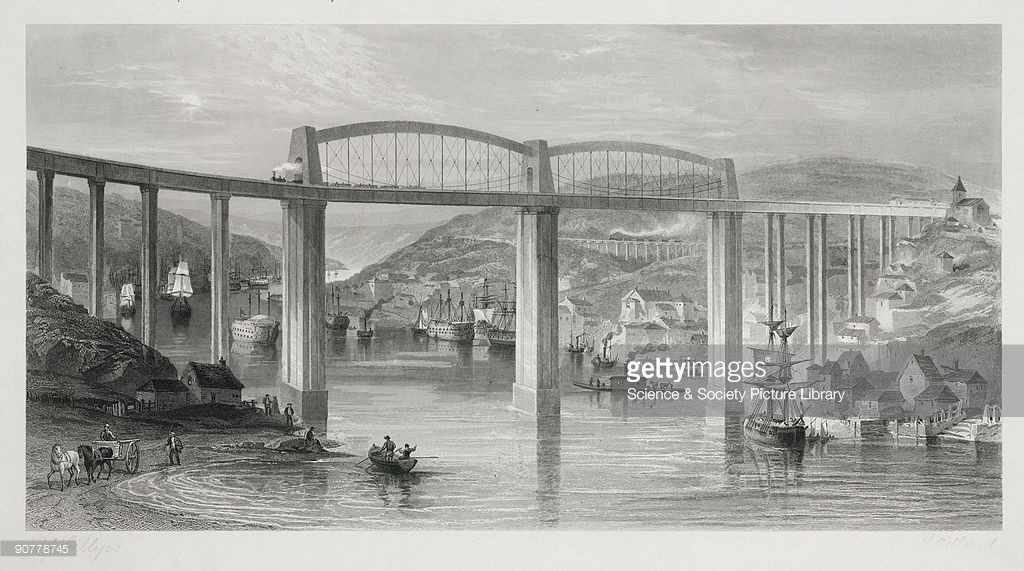 Here is how it appears today. 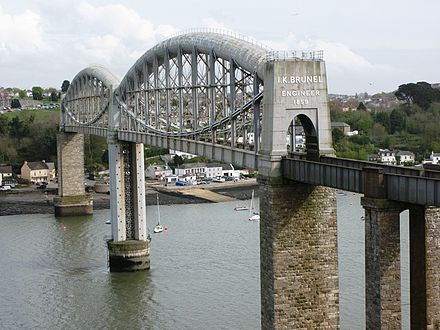 Did the appearance change, or was some artistic licence taken in the painting?

My question is: Did this artist take some licence with the Royal Albert Bridge - or has its appearance changed?

Probably artistic interpretation. #i see the differences you are alluding to but they don't look like things you could reasonably alter in a structure.

The artist's rendering looks like an engraving or etching and as such the final image would have gone through several stages probably starting with a sketch in the field in pencil or watercolours before being worked up into a more detailed composition and then being adapted by the engraver.

At each stage there would have been some degree of interpretation to produce a pleasing composition as well as practical limitations imposed by the processes used. It is certainly not uncommon for landscape artists to idealise scenes a bit and engravers would need to interpret the image to convert it into a printable grey-scale format.

5
Why design a cable stayed bridge with pylons inclined towards the obstacle being spanned?
12
How can large bridges be made resistant to earthquakes?
10
Determining the difference between US Bailey Bridge, UK Bailey Bridge, Mabey Compact 100 and Acrow 300
1
From the viewpoint of a civil engineer, what was the purpose of this bridge?
2
Why Does Particle Size Matter For Bridge Pillars here?