Could adding extra engines to AMELIA disrupt airflow from the other engines?

AMELIA is the product of a partnership between NASA and the California Polytechnic State University. One of its innovations is circulation control. An engine is mounted over each wing, and high pressure air is redirected from the exhaust over the wing and through tiny slots, adding lift.

AMELIA is still in wind tunnel testing, but if it makes it to the prototype stage, it would have a carrying capacity of about 100 passengers. A good commercial comparison might be a low-seating version of the Boeing 737, although it's old. A newer (and perhaps better) comparison is with the Airbus A318. Its cousin, the A319, is a similar aircraft that has been more popular.

Anyway, assuming that a prototype/production version of AMELIA is manufactured, it might be pretty similar in size to these aircraft. They're all twinjets; AMELIA, though, has its engines on top of its wings. In theory, one could modify AMELIA to have more engines. This version would be different, just as the 747 is a completely different craft that the 737, or how the A318 can't compare to the A380. Scaling it up, though, could be possible.

Would the addition of two more engines1 interfere in any way with the airflow from the original engines and the subsequent lift produced? I doubt it, because engines on four-engine aircraft (e.g. the 747 and A380) don't seem to present any interference issues that impact performance. But the setup for AMELIA is pretty unique. Could adding an additional engine on either side interfere with airflow? 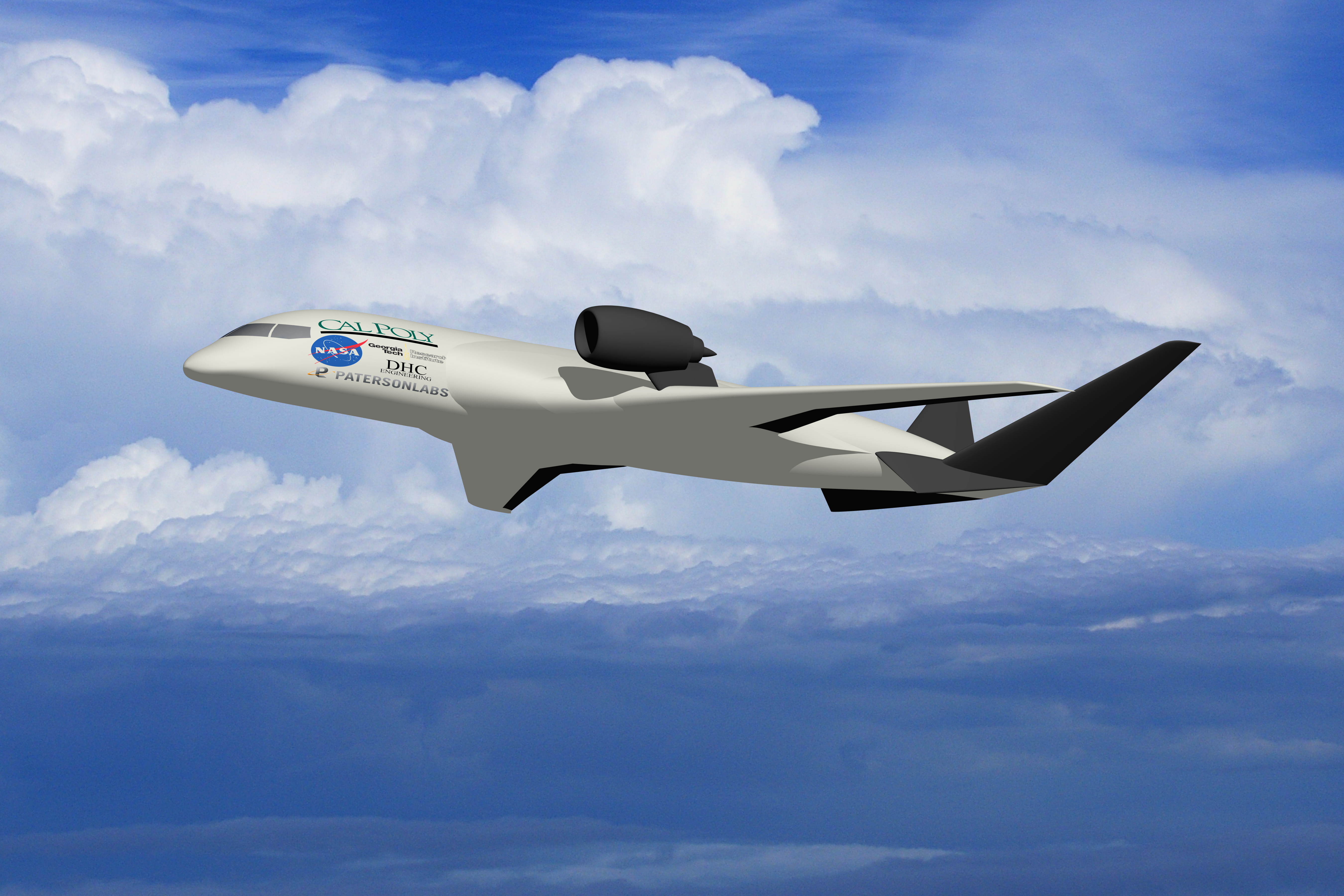 1For spacing considerations, imagine spacing like that on the A380. This gives some basic specifications, while this gives some drawings outright.

No, but it would take a slight modification and I don't think they'll do it.

To answer your question, the addition of a second engine doesn't preclude this in any way, however, it would mean that you have more exhaust air available. I predict (although I don't work for NASA) that the engineers would make the wings wider and have each engine provide high pressure air to its own section of the wing. This would give the same benefit, only scaled up.

Note however, that I think it is quite unlikely that four engines will ever be used in this configuration. Modern two-engined craft are as resilient against engine failures as old four-engined craft and are now allowed to fly almost every commercial route (See ETOPS). Combined with the fact that two-engined planes can be made more efficient, I don't think that AMELIA will ever have four engines.

New engines would over-power the aircraft, so you would have to choose smaller main (or inner) engines.

With more engines, engine maintenance tasks would take longer, and reliability figures (mean time to between failures, etc) would decrease to some degree. It would also aeroelastically effect the wing (which must be considered).

If this is a proof-of-concept demonstration (on paper), there's no need to increase the complexity of the aircraft by adding more engines. If someone needs to flight-prove this concept, then adding more engines can be postponed till there's a major benefit from having the extra engines.

Not the answer you're looking for? Browse other questions tagged fluid-dynamics aerospace-engineering or ask your own question.

3
Are there any specific plans for the other parts of the 747s scavenged to make the Stratolaunch carrier aircraft?
1
What is the straightest, longest and strongest pole that could be launched into space?
0
How to calculate the heading of an aircraft given coordinates from the ground
0
Is it practical to separate the fan shaft from the turbine shaft on a jet turbofan engine?