How would you calculate the eigenfrequency of such a cantilever? 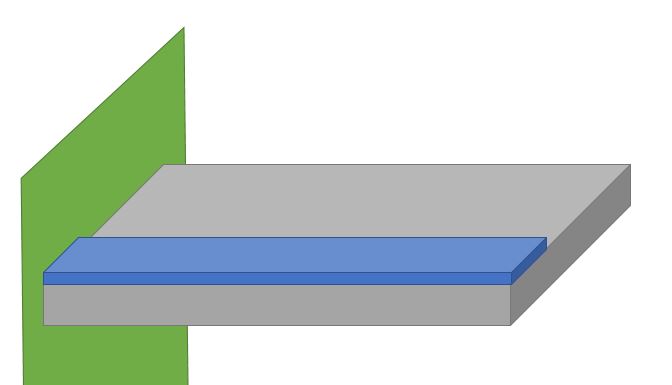 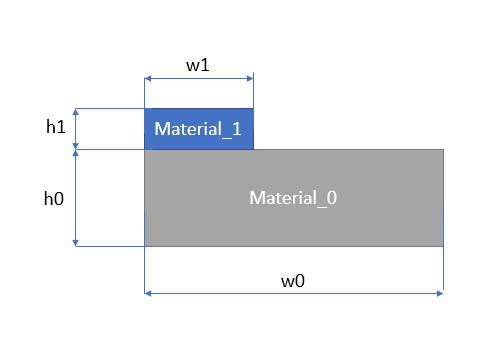 Are you looking for a single number for one particular beam, or a closed form solution for any possible combination of dimensions?

If the former, the easiest will be ANSYS (or Abaqus or NASTRAN or any other commercial FEA software). Model the two different beams as shell elements. With shell elements you can use a single layer for each sub-beam. With brick elements, you'll need at least 7 layers for each sub-beam, which means a longer computation time.

Calculating the eigenfunctions in closed form would be pretty hard. Instead, if $h1<h0$ and $w1<w0$, you could probably use the Raleigh-Ritz method (https://en.wikipedia.org/wiki/Rayleigh%E2%80%93Ritz_method) using the eigenfunctions of the Material 0 plate by itself as the basis functions.

The link you gave shows the math for a beam. A defining characteristic of a beam is that it is a one dimensional problem. i.e. the deflection at the left of the beam is the same as at the right of the beam. the only coordinate that matters is the length along the beam (x in the link's notation). What you are asking about in this question is one step more complicated. In your case, the deflection at the left side can and will be different than the right side, because of the extra material making the left side stiffer. So you have a two dimensional problem. This is called a plate.

Not the answer you're looking for? Browse other questions tagged mechanical-engineering frequency-response or ask your own question.