Balancing a horizontol flat surface when weight applied to one side

Thank you for taking time to assist me. I have a rectangular surface that i want to hang from it's 4 corner points. The corners on two sides could be joined together clipping on to a centre support beam (like in my excel drawing - sorry only software I have available) and then the support beam is hanging from a centre swivel hook which hangs from the ceiling.

My question is how would one achieving horizontal balance if a weight was placed off centre on the horizontal surface.

I can't use a vertical counter balance so have tried looking at linear counter balance. I have found some examples online but have no idea how this would be implemented here. I have no engineering knowledge so any assistance would be greatly appreciated. If you could even just tell me what I should be searching for. 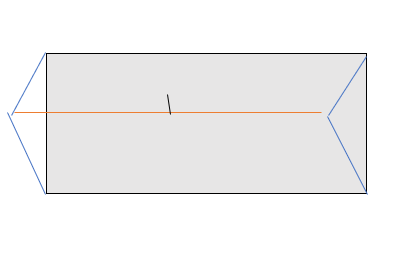 Instead of developing a complex mechanism to allow the surface to balance, you could support it by a rigid connection. Any deviation from horizontal will be opposed by the bending moment in the support.

You could use two bearings at either end of a tube (much like the headset on a pushbike) in order to allow your support to rotate, even when a bending moment is applied.

Imagine solidly fixing a bike frame to the ceiling, and then joining your Red Crossbar rigidly to the forks! 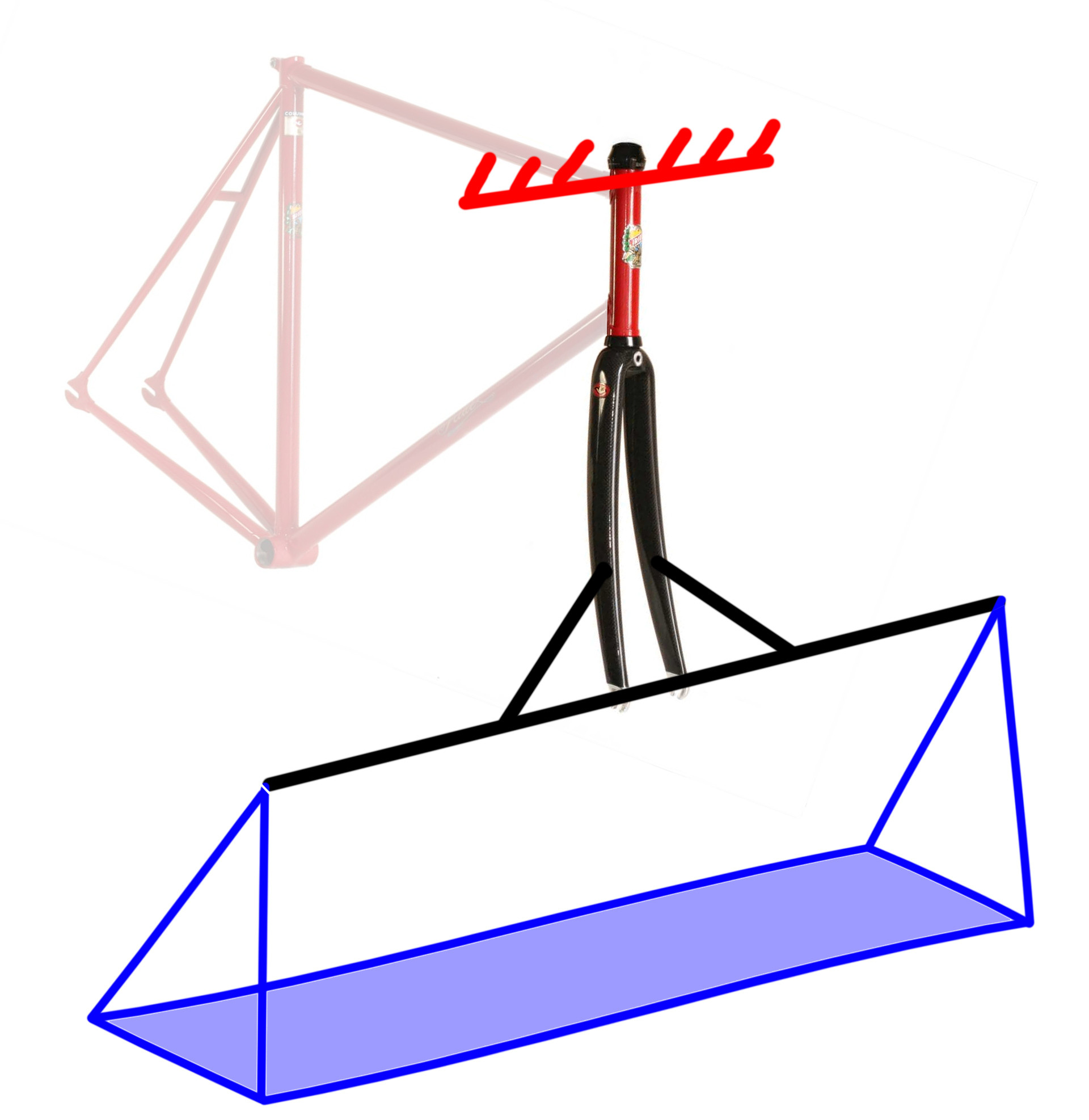 In the rough diagram above, the red head-tube is firmly fixed to the ceiling. The black forks are rigidly joined to the black crossbar, and the blue surface hangs from the ends of the crossbar.

This provides a single (and circular) fixing point to the ceiling (as you correctly stated is a requirement, but allows the system to remain rigid with respect to the off-centre mass on the blue surface.

Not the answer you're looking for? Browse other questions tagged mechanical-engineering design or ask your own question.

3
Best way to attach a square tube to a flat surface?
5
When can the effect of self-weight be neglected?
1
Rigid tensioner/turnbuckle: One side tightens, but the other side loosens
5
Why do drag race semi trucks slant to one side?
0
When does torque applied on a shaft produce bending and when does it not?
1
Measuring a pattern size on a flat surface
1
How to mechanically attach a compression spring to a flat surface
0
How to reduce surface friction when pushing a gear sideways in shaft direction