Pivot joint of pendulum with no yaw

I have a conceptual design that I've been evaluating which can be summarized as a simple pendulum extended to 3D (i.e. swing not limited to x-z plane). If I want to actually build the conceptual design, is it possible to have a pivot point that does not permit rotation about the pendulum leg axis, but does allow for it to swing "freely" in 3D space?

An easier way to probably ask is, if the pendulum is hanging statically, can I constraint the motion such there is no rotation about the leg-axis (statically coherent with z-axis) and later, dynamically, allow for it to swing "freely" in 3D space?.

I should emphasis, I'm looking for a "product" idea that permits such motion. I thought a universal joint may work, but I think that in order to swing "freely" the joint must be able to rotate about the z-axis.

In the end, the more and more I think about it, I'm wondering if it's theoretically possible? Does this give rise the the "elastic pendulum" idea, where a spring must be involved?

About the simplest approach is to use two single-axis joints (hinges) in line, 90 degrees to each other. That way one provides X-axis swinging, the other Y-axis, and nothing allows rotation.

If you want to maintain tip orientation ("parallel to the floor"), you'll need frame constructions, a single parallelogram shape using four hinges in the corners maintains the bottom's orientation relative to the floor. A rectangular prism based on two walls of such parallellograms, swinging on four to eight (4 is geometrically sufficient but 8 provide better rigidity) hinges perpendicular to the original 8 (2x4), will provide two-axis swinging retaining orientation of the bottom part relative to the floor.

Universal and very low friction 360degree joints can be made by linking two spherical magnets.

While the contact force is limited by the size of the magnet this type of connection satisfies the requirement for free low friction 3D motion. The contact force is approximately 5Kg for a pair of 2cm rare earth magnetic spheres. 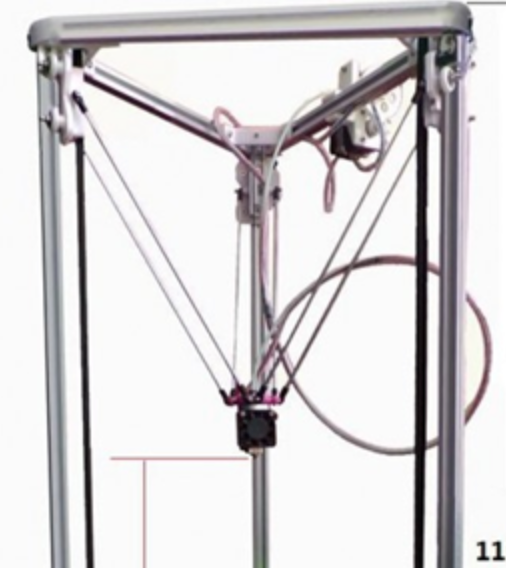 5
How to transfer rotational energy into lateral energy only when rotating one way?
5
What is the equivalent moment of inertia of a two-pivot pendulum?
6
How would you mechanically model an Earth-Moon like orbit?
3
Unexpected jamming of a misaligned assembly
4
Selectively rotating (engaging/disengaging) one of 80 couplings on a small shaft?
4
What is this contraption?
0
Aren't there infinitely many orientations some given gyroscope angles could represent? (Generally understanding gyroscopes)