What's the difference between critical load and yield stress, and failure in general?

So far, I have learned of three quantities that are related to the failure of a beam (axial and longitudinal loads). The first illustrates the stress under which balsa wood will undergo plastic buckling:

where m is a constant (estimate =2 for balsa, sigma ys is yield strength, and rho s is 1500 kg/m^3. rho is obviously density.

The second is a graph of compressive failure strength of balsa wood at varying densities: 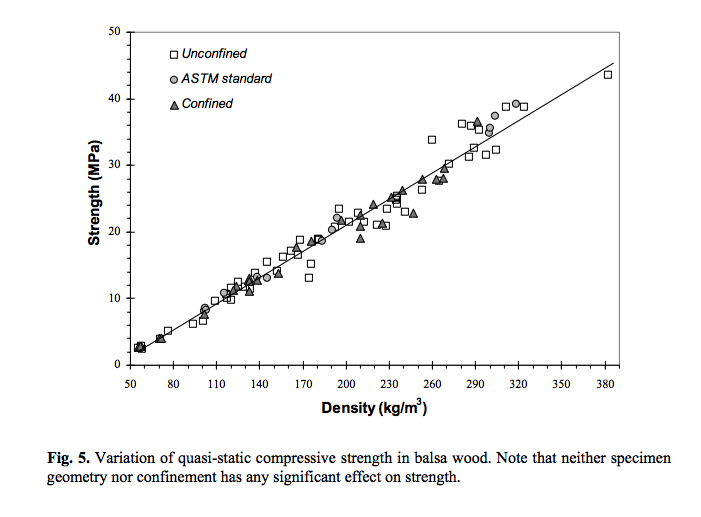 And finally Euler's Critical Load equation: "The critical load is the maximum load which a column can bear while staying straight."

Here, E = elastic modulus, I = area moment of inertia, K is a constant varying from 1-2 (based on whether the member is pinned or not on ends, estimate =1), L is the length, and Pcr is the critical load in Newtons (I believe.)

The first two are from this research paper, and the last is from Wikipedia. My question is, if there is a length at which the load will not bend the beam, then why is there a plastic buckling stress, which only depends on area? Shouldn't the beam not buckle under any load as long as the length is small enough? I believe there is something I am missing with the fundamental definitions of these. If stress is F/A, then the first equation could be changed to F = A *... which does not include length, as Euler's equation does. And how does failure, as shown in the graph, play into this?

Reading the paper, plastic buckling in this context means the collapse of micro-scale cells forming the structure of the wood, causing local buckling of the cell walls. The net effect of this is a global failure which presumably looks like a crushed band in the sample. In a sense, each individual cell wall is undergoing a constrained version of elastic buckling. The overall sample permanently deforms as a result, hence plastic buckling.

The overall effect of plastic buckling is in contrast to elastic buckling, which is a global bending phenomenon caused by an eccentric loading instability in sufficiently slender columns and plates loaded in compression along their long axes. If the centers of pressure of the two sample-fixture interfaces don't align perfectly along the compression direction, there is a slight eccentricity of the loading. The eccentricity leads to the formation of a moment couple, subsequent bending, and ultimately elastic buckling. Note that there is no way such perfect alignment can occur, and so elastic buckling should always be considered in slender objects loaded in compression along their length.

As for the significance of the graph, it appears to be showing that density and yield strength of balsa are linear over the given range of densities, regardless of other common considerations or test methods. Note that the material can undergo special failure modes not available to monolithic materials due to its porous microstructure. Balsa has a hollow cell microstructure, and individual cells can collapse in one of two ways. The first is by plastic buckling, where cell walls buckle, causing axial cell collapse. The second is by kink-band formation, or a coordinated cell collapse where individual cells shear, appearing to tip over. Because these failure mechanisms don't require much physical space to occur around the sample, unlike with elastic buckling, they allow balsa to fail regardless of confinement. As a result, constraint has no effect on the density-yield relationship. To support this, from the conclusion section of the paper,

Independence of strength from confinement is attributed to the highly porous cellular microstructure of balsa.

The linearity of the relationship is explained by the fact that different mechanisms come into play at different densities. Despite that they may individually have nonlinear density-yield relationships, as in the first equation you posted, at some density another mechanism takes over and becomes energetically favorable. On either side of that density, different mechanisms will be observed at failure. It appears that, over the range of samples observed, the mechanisms coincidentally line up. At different densities, different failure mechanisms are seen because they are more energetically favorable. To support this, again from the conclusions section,

To sum up, the samples failing by plastic buckling aren't buckling like a beam does, but rather there is a coordinated buckling of a microstructural feature resulting in permanent deformation of the sample. Because balsa has a hollow cell microstructure, some failure modes can occur even when the sample is mechanically confined. Also, different failure modes occur at different densities in such a way that density happens to form an overall linear relationship with yield-strength.

Not the answer you're looking for? Browse other questions tagged civil-engineering materials stresses wood or ask your own question.