What is this drawing style that faces the x-y plane but stylisticly pulls the z axis down and to the left? 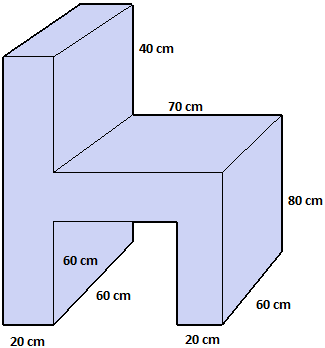 Notice that x and y are proportionally equal and perpendicular to your line of sight, but z is not. It's not 30-90-30 isometric. Also z should actually be pointing right at you rather than down and to the left if this was true 3D rendering. Hence this is a style. Does it have a name?

Note: z is free to scale any way you like so this style can be made into a kind of isometric. That is x, y and z can all have the same scale. But regardless of that does this have a name that wont be confused with 30-90-30 isometric?

This appears to be a Cavalier projection since the oblique lines are at the same scale as the xy plane. The name comes from military fortifications - a "cavalier" was the French term for an artificial mound behind a defensive wall, which allows the enemy to be seen over the wall. As the name might suggest, a low "cavalier" provided a relatively risk-free way for a cavalry unit to see over the defensive wall. The projection was intended to show such a view.

The equal scaling of all three axes makes this easy to draw, but the result is not necessarily very "realistic".

There is a similar Cabinet projection which was commonly used in illustrations of furniture, etc. In a cabinet projection the oblique lines are shortened in a "simple" proportion like 2:1 or 3:2, for easy drawing and greater realism.

See https://en.wikipedia.org/wiki/Oblique_projection, which has some illustrations of both projections.

1
What are sectional views and cutting plane lines?
2
What is the Radius of 1 and 1/4 inch drill on a 1 and 1/4 Circle
0
What is the formal term/process for writing down a design?
1
GD&T What is the difference between circularity and cylindricity?
0
Coiling and bending pipe in 3D model