Maximum slope of the road for a car pulling a trailer

I have a five meter long, 2.40 meter wide, 200 kg portable catamaran I've built at home. To transport, I bought a semi-finished trailer, just the running chassis; and built the upper structure, namely the supports for the catamaran.

Normally they build trailers for a typical mono-hull boats where most of the weight is on the rear side, so they build the chassis such that the wheels and the axle are closer to the end rather than being near the middle of the length.

However, my catamaran is uniform in weight along its length and most of its weight is on the front part (before the axle). Having the axle in the middle seemed more reasonable, so I changed its place: 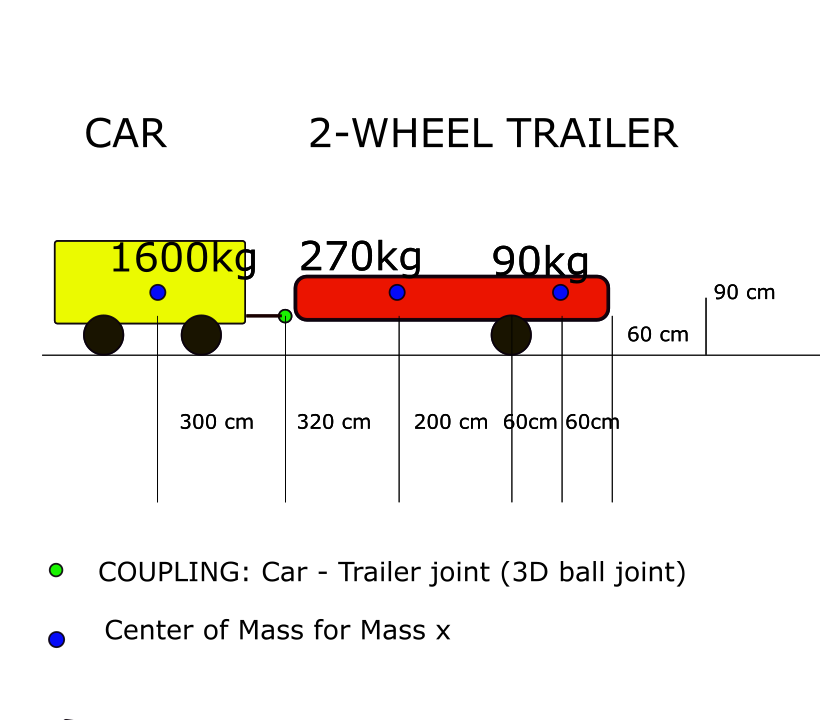 I measured the amount of weight exerted on the coupling, it was as low as 30 kgs. Not a problem, but when I tested launching the boat (on the ground), with just about half a meter sliding the catamaran backwards, the trailer's bow took off into the air.

It needed about 10 kgs to come down to the ground. If I stayed on the trailer during the launch it would not be a problem, but this caused me to think of another possibility - possible instability during driving uphill. 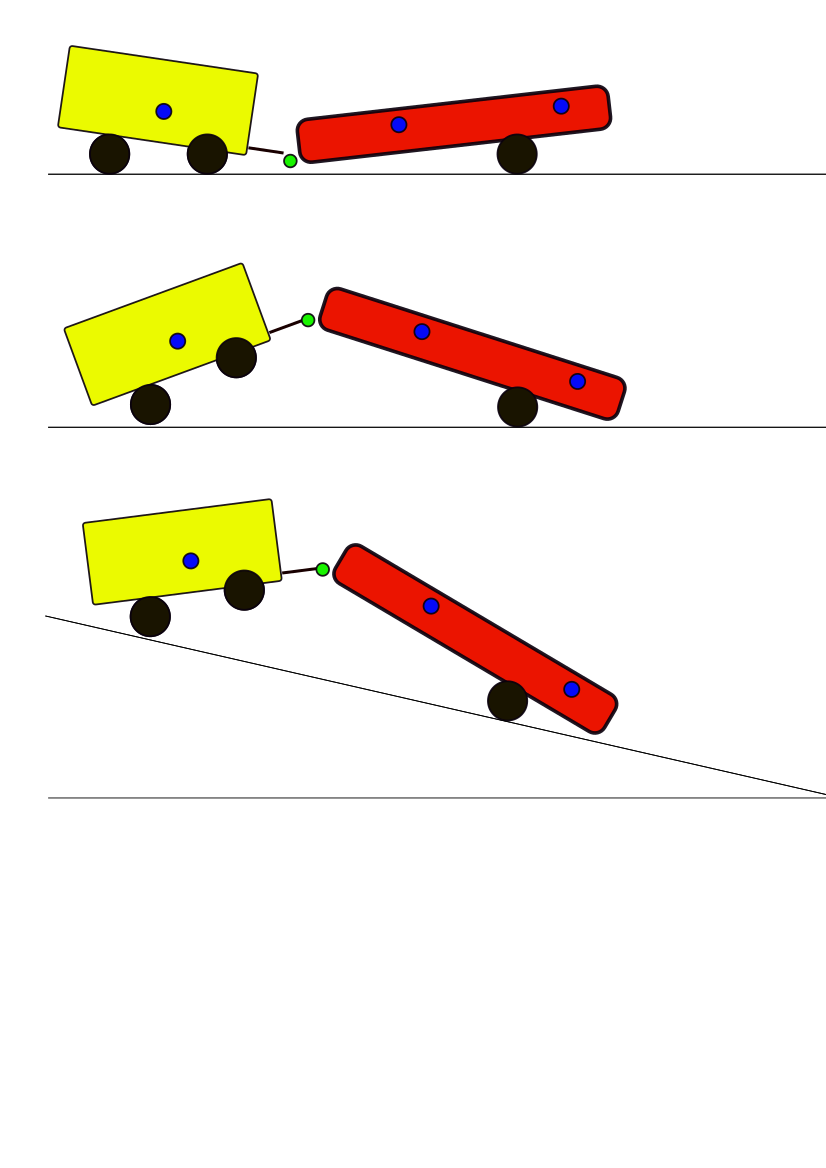 I tried to formulate the problem in terms of forces and moments. There are two critical pivot points: The trailer wheels (axle) which I believe initiates the unstable action, based on the net moment on the axle. And the coupling which may cause car wheels to take off if the moment is non zero on it.

What maximum incline uphill would cause this instability? Can an equation be provided with a variable axis position so I can optimize the stability using this equation?

3
Calculating deflection for a home built trailer
9
Steel selection for building a trailer
3
Car which can climb the ramp of higher inclination
1
An interpretation of the slope-deflection method (or displacement method)
6
Questions regarding Cornering Stiffness for RC Car
2
Beam question to find the maximum stress
3
How high will a flywheel catapult launch a payload?
2
Would a car slip down on a frictionless banked road and situation for friction road