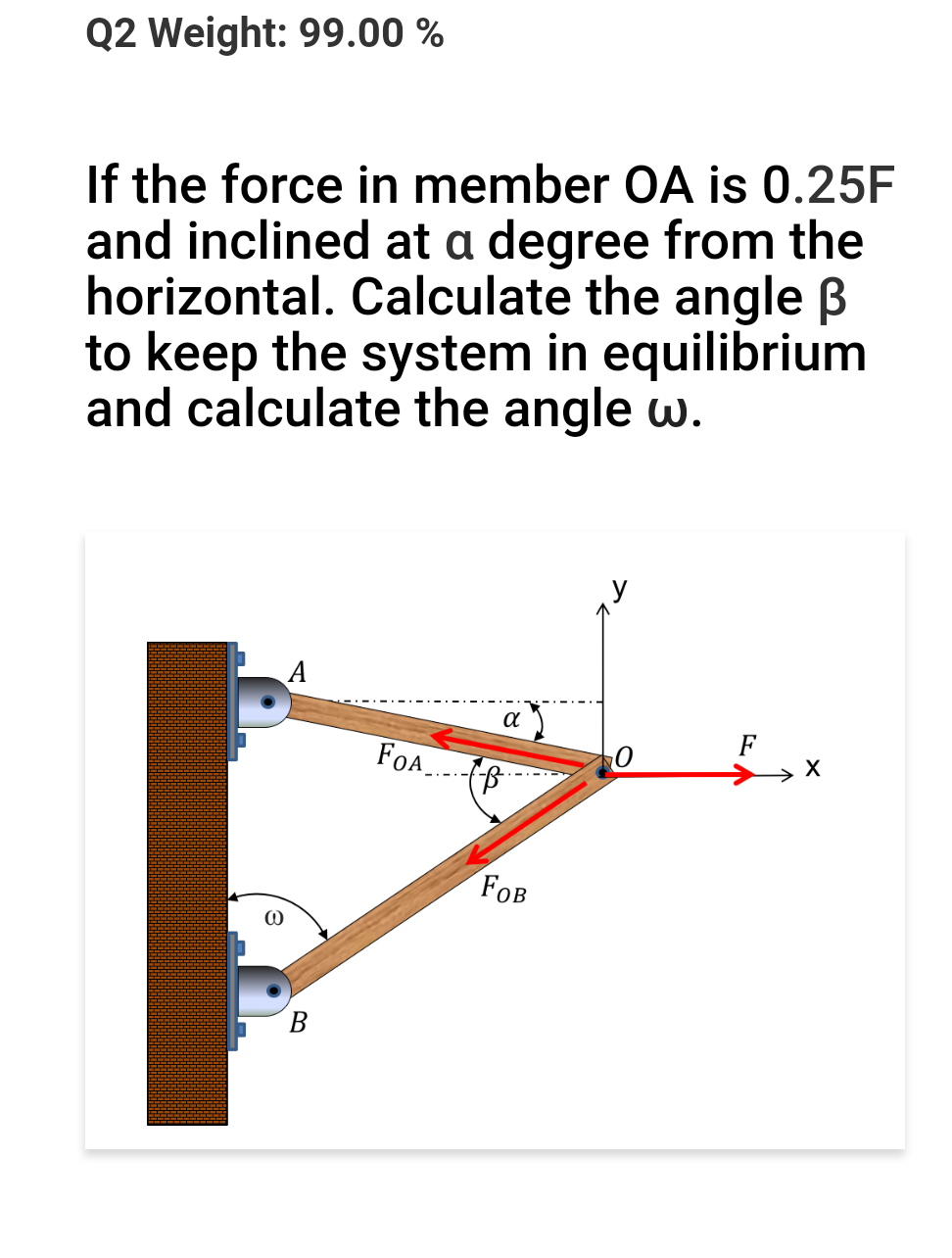 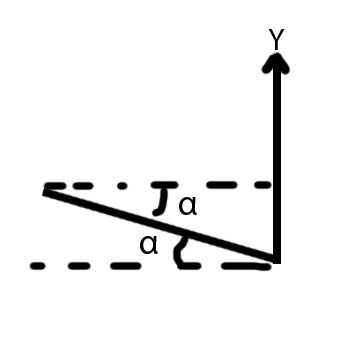 $\beta - \alpha$ is the angle between OB line and horizontal axis x.

Sum of forces in X direction should be equal to 0:

is this correct? I'm not sure what $F_{OB}$, it's not given. So I have two equations, and two unknowns: $F_{OB}$ and $\beta$. I tried to solve via wolframalpha but it didn't find any solutions. What do?

Your equations for the sum of forces in X and Y at point O are equivalent to this force diagram (which is not to scale):

The two components of the force $F_{OB}$ can be determined from this diagram:

In both member you need to convert the diagonal forces into vertical and horizontal components that provide the resultant sigma of forces. Since you have at last one angle and the final force (f), it is therefore possible to find all the other angles and forces, too.

Since alpha is 20°, the internal angle at A should be 90°-20° since we created a right angle triangle by separating the members into 2 force diagrams

This added to 20 is angle beta.

6
Dynamics of structures: combined plane stress and plane strain conditions
3
How do I create a graph of the phase angle and response of a harmonic excitation in Matlab?
1
Horizontal and vertical forces on supports
0
Comparing the precision work of plane surveying and geodetic surveying