How can I absorb shock on an existing steel structure?

I need to expand the shock-absorbing capabilities because I'm worried about the structure failing due to pure impact forces. I'm not as worried by vibrations as by the maximum force exerted on it due to the impact. The load impact is difficult to quantify, even for a worst case scenario, but it is safe to say that the structure has resisted an impact force that is 25% lower than the one that is to fall now.

I would prefer not to change all the beam sizes, since the slat conveyor that rests on top of it is already assembled, but I could add some supports if needed.

According to Design of Welded Structures, however, making the beam span between supports shorter raises the impact stresses suffered by the structure, even if it lowers the static stresses (once the load is in place).Is there anything I can do to minimize these impact stresses?

Large displacement shock absorbers used to dampen the effects of seismic events may be suitable for this application. These could be used to isolate the part of the structure that is grounded and the part that experiences the impact.

Seismic dampers sit between the ground slab and the building and can effectively reduce the shock loadings in all directions. Hydraulic dampers are often used to attenuate forces in a specific direction.

The dampers are available in many sizes and formats, from simple steel springs to sophisticated viscous piston systems. 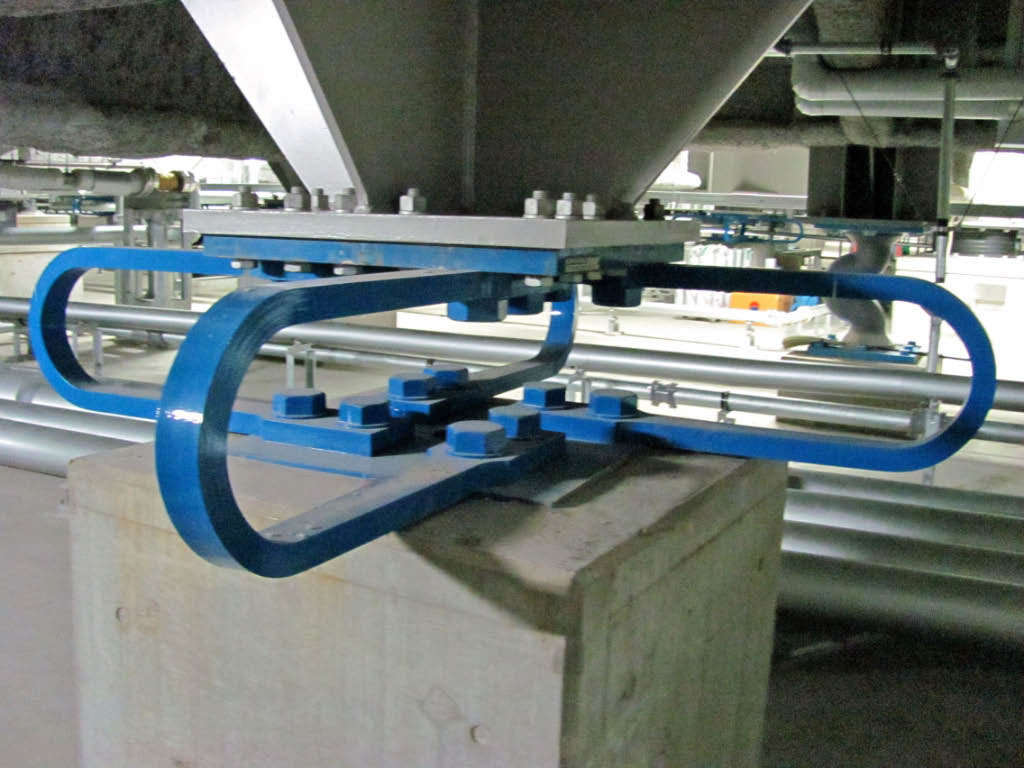 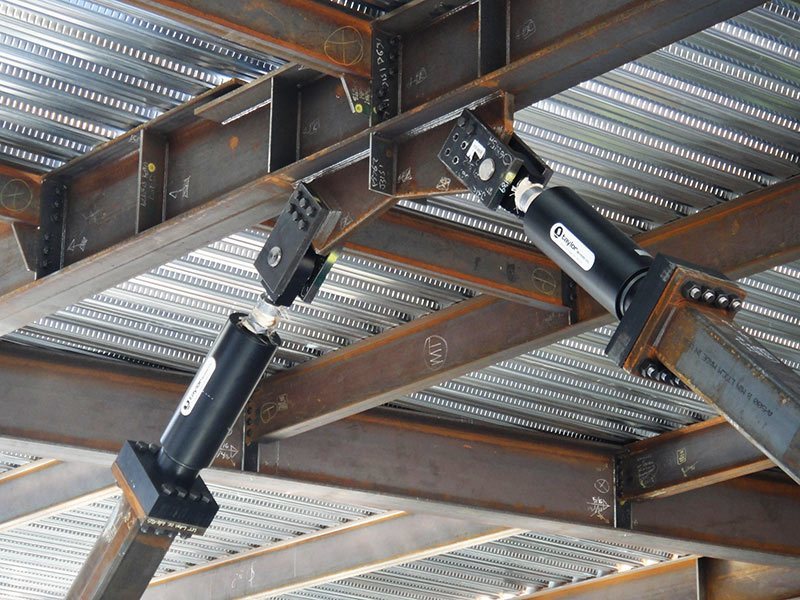 1
Why does a simple pin-ended triangular (arched/curved) beam deflect more due to secondary effects (non-linear analysis)?
1
Impact energy absorption with objects of varying geometry
1
Excavation near existing structure
0
Maximum I-beam girder S12x31.8 span
3
How to determine impact load factor on small beams
1
Fixed-Free End Column Design
2
Shock loading stresses due to falling: what strength to use for acceptance criteria?
0
Reaction forces on a three support continuous beam with two of them requiring compatibility equations. Superposition method done wrong!
0
Very confused as how to calculate the degree of static indeterminacy of trussed beam