I am solving problems from the book: Meriam Kraige Engineering Mechanics statics vol 1. The problem is as follows:

The sliding door rolls on the two small lower wheels $A$ and $B$. Under normal conditions, the upper wheels don't touch their horizontal guide. The question is to find out the force $P$ required to slide the door at a steady speed if wheel $A$ becomes "frozen" and doesn't turn in its bearing. The coefficient of kinetic friction between a frozen wheel and the supporting surface is $0.3$ and the center of mass of the 64 kg door is at its geometric center. We have to neglect the small diameter of the wheels. 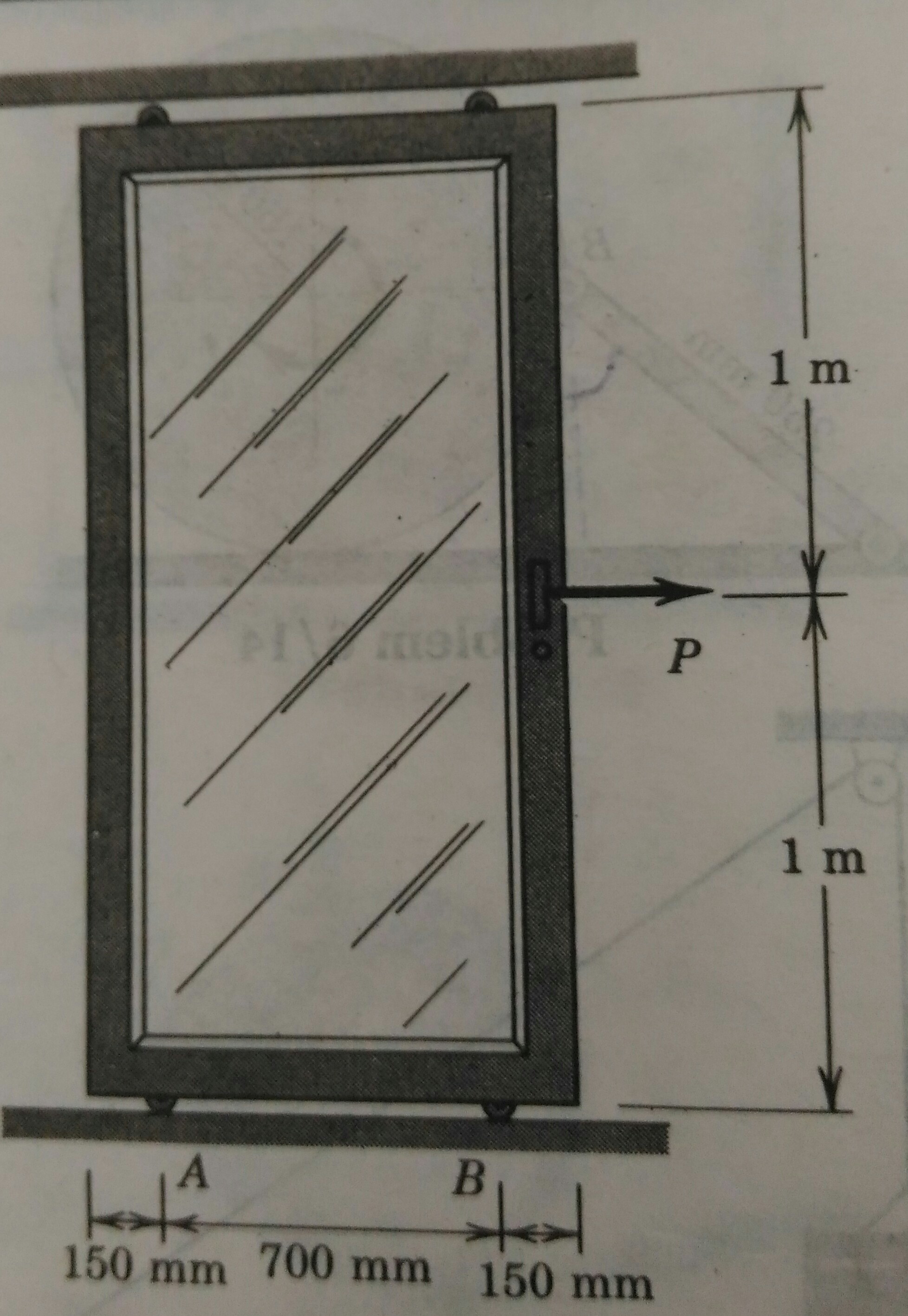 I calculated the normal reactions at the two wheels to be equal to $32g$ each. I then applied $P=0.3N$ which gave me the incorrect value of $P$ .I couldn't get where I am wrong.Any help shall be highly appreciated.Thanks.

See picture below for reference. The thing is, the forces are now applied at a body. This is quite different when you are analyzing a particle because the position of each force are significant enough to change the effects of other forces. 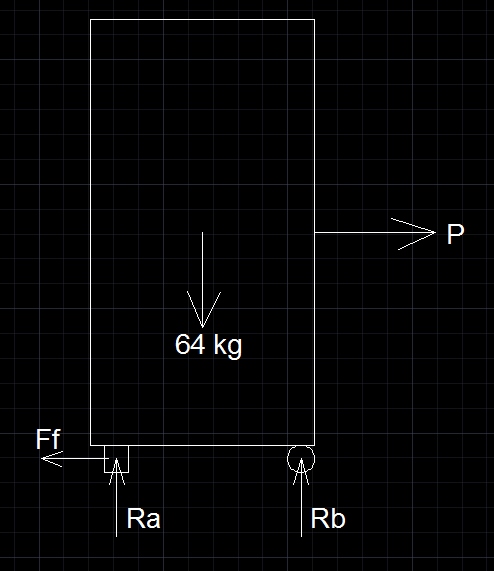 So to sum up, you need to consider the reduction of reaction force at A due to turning moment of force $P$. Such that:

Summing up forces at $B$, gives:

and summing up forces along x-axis gives:

6
How are the structural properties of intentionally frozen soil determined?
2
Does an external force at a joint between two members act on one member or on both?
3
Normal force between two boards
3
Why does the minimum force have to be parallel to the incline?
8
Moment equation from dynamics differs with equations from physics & statics. Where did I go wrong?
2
Finding the reaction force at the hinge
1
Least force required
2
How do you calculate the shear force on the screws that connect a door to a jamb via hinges
17
Why are screw holes in most of the door hinges in zigzag orientation?
1
How to replace these two forces with one force?