I'm attempting to create a suspended shelf. I need to determine the horizontal force at point A to determine whether or not the fasteners will fail. All members are rigid and the supports at A and B are fixed.

I am very rusty on statics and your help would be greatly appreciated! I would attach the work I've attempted, but quite frankly, it's embarrassing. 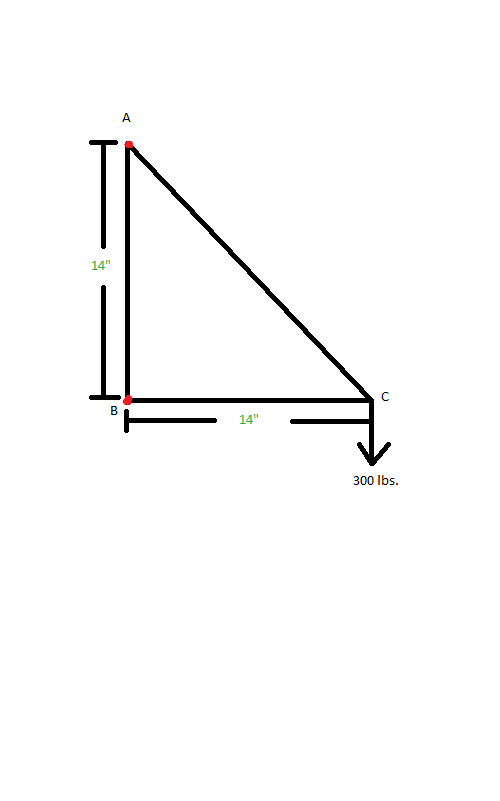 Thanks for your time.

The horizontal force in A is solved by summing up moment at B.

Note: If your construction is to be bolted in the wall, the support condition shall be assumed to be pinned connection. It is safe to assume that point B will be hinged and point A to be horizontal reaction only. 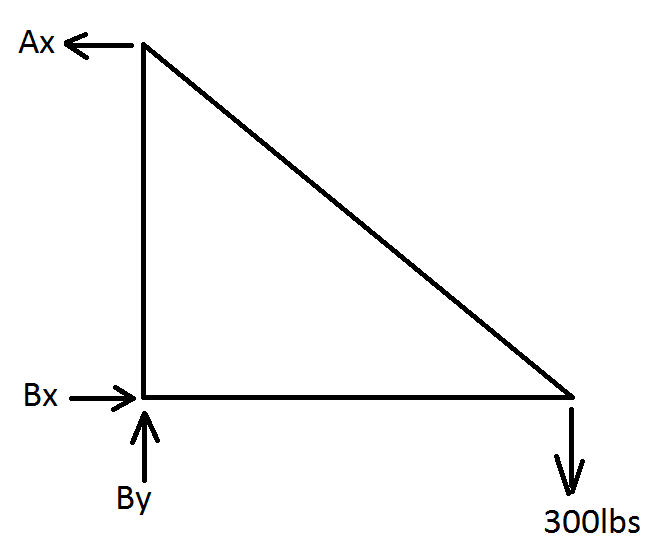 or the point A to be hinged and B is horizontal reaction only. 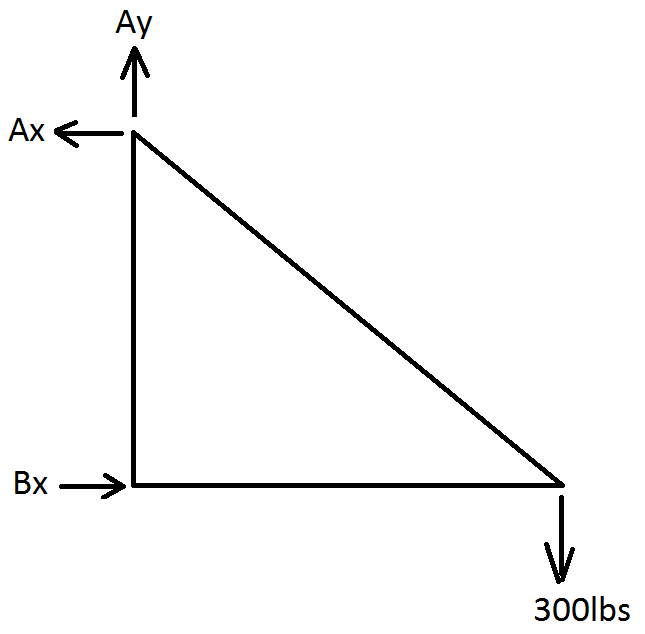 Either way, the value of horizontal reaction at A will still be the same. :)

Still, by summing up moments at B, the value of Ax remains the same.