I am currently attempting to solve the following problem. Say that I have an object that can expand and contract, given some external force. What I want to know is how much it has expanded, or contracted, over time. ( the diameter difference ) In addition, while this expansion or contraction is occurring, the object is free to move around. ( Example, object rolling around on the floor while wearing these sensors on itself )

I am considering of solving this problem by using two sensors, where one lies at the front of the object and one on its complete opposite ( back of the object ). An example of this can be seen below: 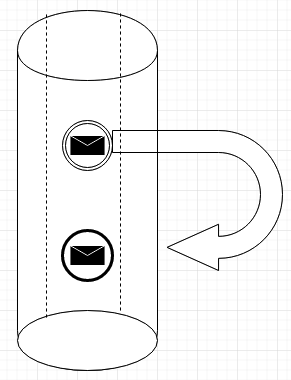 When the object expands, here is the size difference: 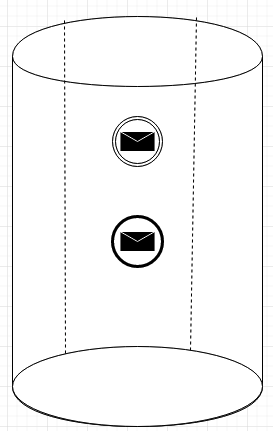 Obviously, the diameter of the second object is substantially bigger, and it is something I'd like to record as it increases / decreases.

Are there some good sensors that I can use to record this change over time? ( Note, sensors that can attached to a Raspberry pi board, or wirelessly connected to, that is ). I'd also like to stay away from sensors that would easily be lost if movement of the object was introduced, or require cords. ( i.e Capacitance belts, conductive yarns, etc. as they can easily give false readings of "contraction" and "expansion" given that the movement is too large. ex: Capacitative sensor gets stuck on the side of the object, and gives enormous diameter readings )

Sounds like you're looking for a strain gauge. They are quite common when analyzing stress on materials in specific directions.

It sticks to a surface and can record the change in length in one or more axis.

Since you're only concerned about diameter change, you would only need one.

Might take some playing to configure it with a Raspberry Pi, but it should be relatively easy to find one for your application.

A strain gauge is the simplest answer. You affix it to the object, and when it deforms, there is a small change in the resistance of the strain gauge which can be read using a circuit such as a wheatstone bridge. If this thing is rolling around, I suppose using computer vision to try to see the deformation is out of the question.

10
Can the structural integrity of bridges be measured in real-time for safety?
2
Determining frequency of an ultrasonic transducer
1
FFT output for noise sensor shifts after some time
1
Measuring the temperature of gasoline while conducting experiments over a temperature range
3
Send sensor signals to WiFi network
1
How can I connect a silicon hose with 2mm inner diameter to a smaller 1,9mm port
0
Do LiDAR sensors generate point cloud data from a single collection or build them up over multiple collections?