In both the Fukushima and Chernobyl incidents, widespread contamination would have been prevented had both facilities been enclosed within a larger structure. While existing plant designs call for hardened structures for the reactor itself, they often don't contain secondary and support infrastructure (Fukushima) or are insufficient to contain more explosive incidents (Chernobyl).

I'm curious if existing plant designs could be augmented with the addition of a large, non-hardened, dome structure that covers the entire plant. The dome would be able to contain escaped gasses simply by being hermetically sealed - and a sufficient distance between the dome and any potential sources of explosions means there's enough normal air to buffer and absorb the explosive shockwave, if any.

Such a structure could be built very cheaply - a geodesic hemisphere, for example, constructed of plastic links with inward-opening transparent plastic panels for natural light and ventilation. A fail-safe system would automatically close all panels to prevent the escape of unwanted gasses after an explosion.

There is some precedent for this, insofar as how's Chernobyl's reactor complex is now enclosed within the New Safe Confinement structure - except it's an ugly, opaque, and very expensive structure, constructed in a dangerous environment. Presumably my dome proposal could be built cheaply - and the cost/benefit of construction vs clean-up costs (multiplied by actuarial risk) make it a straight-forward decision - and given human penchant for safety theatre it would help "sell" nuclear power to the masses, but that is beyond the scope of my question.

So my engineering questions are:

Chernobyl did not have a containment structure which was Russian practice at the time. The graphite moderator caught fire which was very difficult to control without containment. The heat from the fire carried the radioactive ash material high into the atmosphere causing the extreme area of contamination. I doubt anything would contain a nuclear explosion. And completely unrelated: Russia had some nuke power plants that used once through water instead of separate reactor and turbine water sections . This caused a low but steady release of radioactive materials. Again showing Russia had a different perspective.

It is feasible and realistic. It was already build many times: 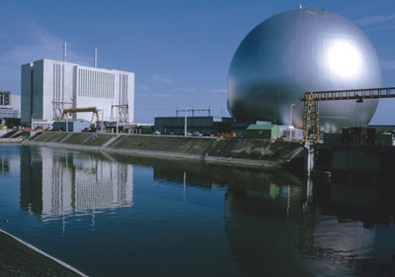 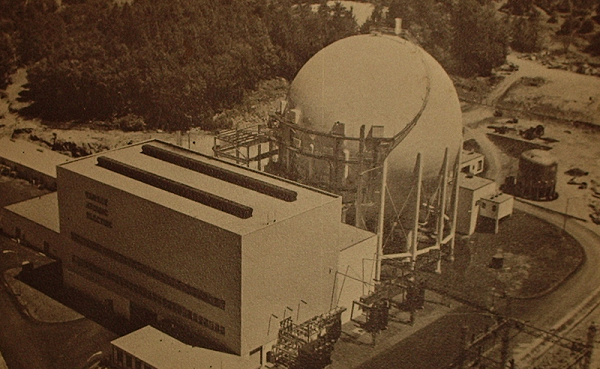 This structure has likely a positive effect to the public opinion. It could have defended the region against the Chernobyl and Fukushima disasters. And it had been much more cheap as building this after an event.

The probable reason, why there is no such sphere around all currently built reactor is some similar as there are no catapults in passanger airplanes. Safety is reached on different ways. The balance between the

reasons are simply not for build them. But they could be.

Note: maybe integrating the concrete of the sphere into the reactor building (i.e. building it with thicker walls and with more complex safety mechanisms) could reach the same goal.

Not the answer you're looking for? Browse other questions tagged civil-engineering nuclear-engineering or ask your own question.

2
How do nuclear power plants prevent fuel rods from depleting nonuniformaly?
15
What is this large steel structure used in excavation?
2
What is the *typical* quantity (in kg) of uranium-235 present at a given moment in a nuclear plant?