Most efficient airflow pattern to cool a recessed shelf

I have a recessed shelf which holds three components that each generate heat:

The shelf is located at the top of the wall and open at the front but closed on the 5 other sides. Because of this, the airflow created by the component fans is simply not enough to cool the space and things are beginning to overheat.

I'd like to install a fan to cool the space but not sure what the best placement and airflow direction would be to cool the space. One consideration is the direction of the existing projector fans which create a bit of an airflow pattern on their own. I'd also like to keep the heat inside the house since it's beneficial in the winter.

My question is basically, what is the optimal direction and placement of a single fan in order to exchange the air and cool the space?

EDIT: To clarify, I intend to cut a hole in one of the existing surfaces and install the fan to move air between rooms, and not just to blow air around inside the shelf. 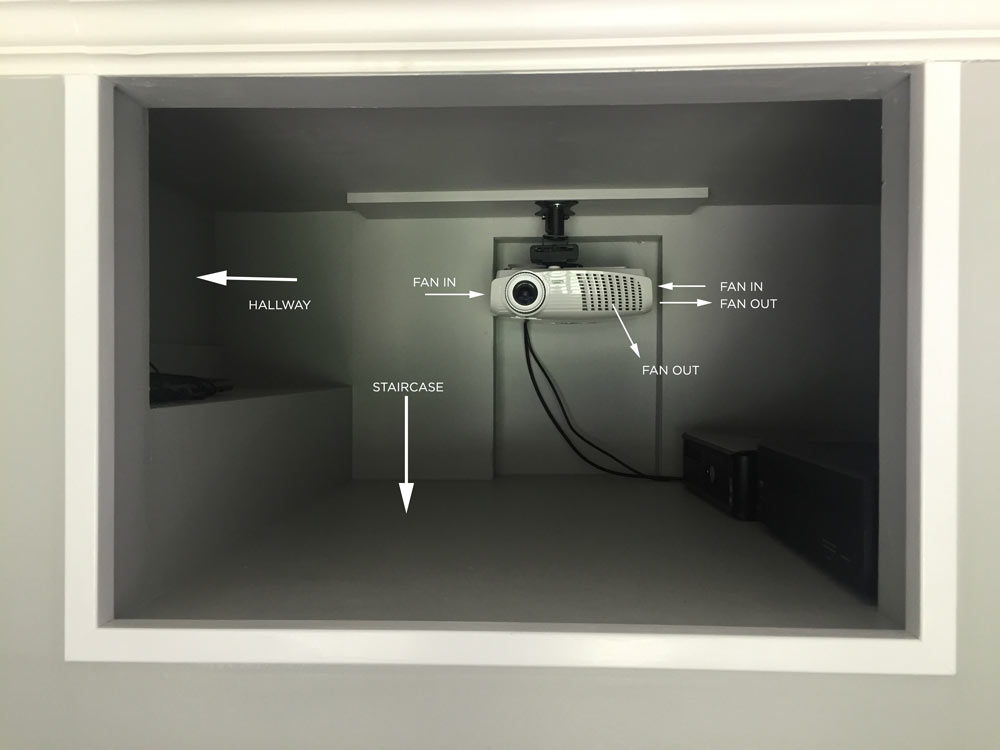 You have a couple good options. Don't worry about the fans that cool the pc or projector. They will be of little influence since they are far from the cool air that needs exchanged. Even if they were near a boundary, any tiny benefit in complex considerations like this lost when you upgrade hardware. The key is to look for the source of reliably cool air, existing hvac airflows, and to work with natural convection.

On a side note, make sure you purchase a "80+" rated powersupply for your pc. They are 80% efficient or greater and will reduce the amount of heat you have to get rid of. In my experience they are also quite a bit more reliable.

When selecting fans get one with a high cfm (cubic feet per minute) rating and a low dB (decibel) noise rating. Something like this 200mm 700rpm one. If you use more than one fan put them in parallel with both of them on "blow cold in bottom" or "blow hot air out the top". This will effectively double your airflow. Putting them in series with one on hot and one on cold will not increase total air exchange by very much.

You should also consider placing the 3 components so that they don't "fight" each other for air or one blows onto the other - they all need free access to air. One blowing hot air into the intake of another won't help the second one's cooling.

Considering this as simillar to a PC case, a large fan (200mm or greater) in the lower side would be fine if you can manage to create a cutout. The flow direction can be outwards (i.e: exhaust) and it should work fine to create a good enough airflow. 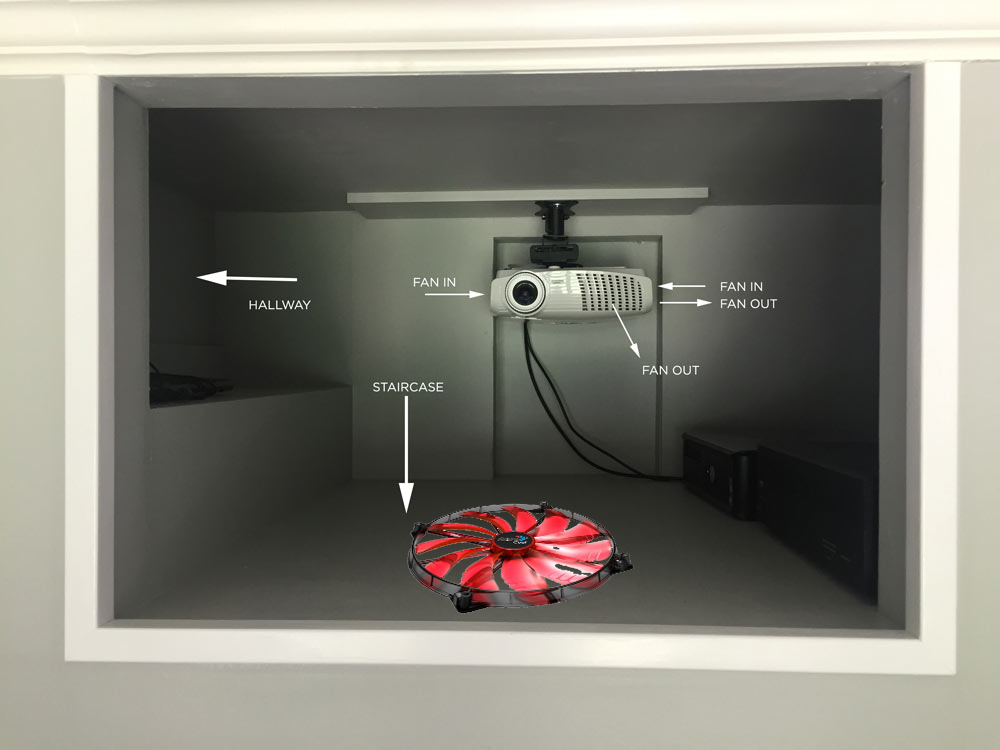