Do liquid hydrogen-based cooling devices exist and what are they used for?

Liquid hydrogen cooling could be some intermediate solution between helium and liquid nitrogen based cooling. For example, some type of superconductors could be cooled by liquid H2, and this could be much cheaper than the liquid He.

What are their most characteristic applications in the industry?

The combustion chamber and nozzle of the Space Shuttle main engine were cooled with liquid hydrogen. Liquid hydrogen was also the fuel. It was used as a coolant before it was burned (regenerative cooling).

Another example is the air breathing rocket engine SABRE. Here too liquid hydrogen is used as fuel. It's also used for liquefying the atmospheric oxygen. 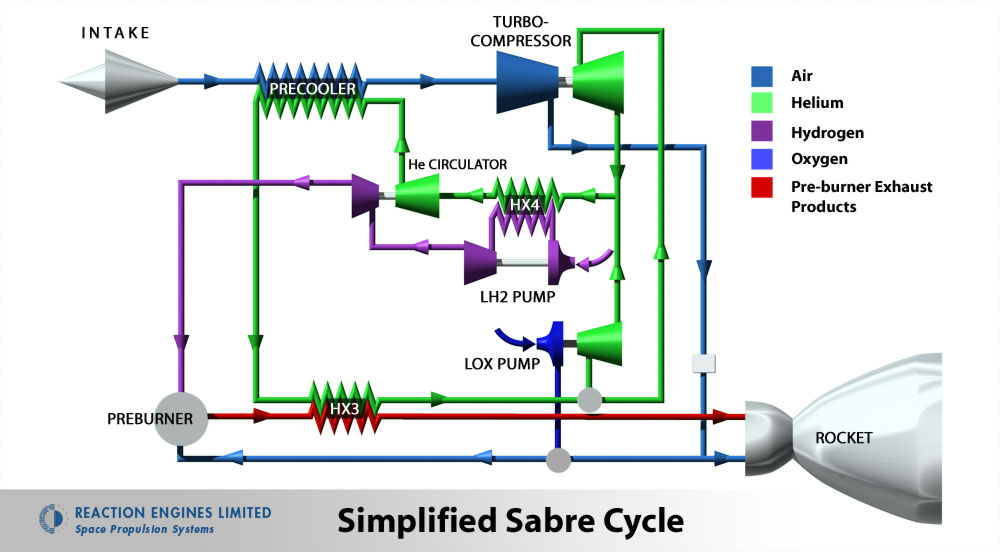 p.s. The question has a superconduction tag. So, I don't know if this is the sort of application of liquid hydrogen cooling that the O.P. is looking for.

Gaseous hydrogen is often used to cool the large generators in power plants. "Hydrogen’s low gas density, high specific heat, and high thermal conductivity" are listed in the GE link as the major drivers behind its use.

On the matter of explosions - hydrogen is not particularly explosive without oxygen present. The goal, then, is to provide a system that keeps the hydrogen free from impurities (air) by sealing it off from the outside air. The purity of the hydrogen in the system is constantly monitored, and in an emergency the gas is evacuated by CO2. It's also worth noting that while helium is not explosive and very similar to H2 physically, it is too expensive to use as a cooling medium.

Not the answer you're looking for? Browse other questions tagged superconduction cryogenics or ask your own question.