I have this setup:

-Pully with a mass attached.

-Worm gear drive to lower the mass with a constant speed. (Section A-A) 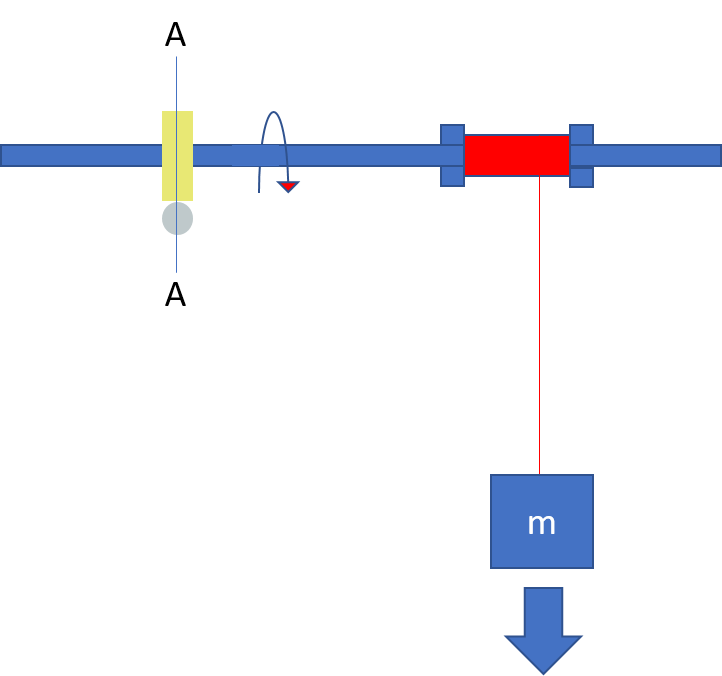 Now if we look at the cross-section A-A, we can see the worm gear drive:

M1 is the torque applied by the mass on the pully and hence on the gear.

M2 is the torque applyed by the worm gear. 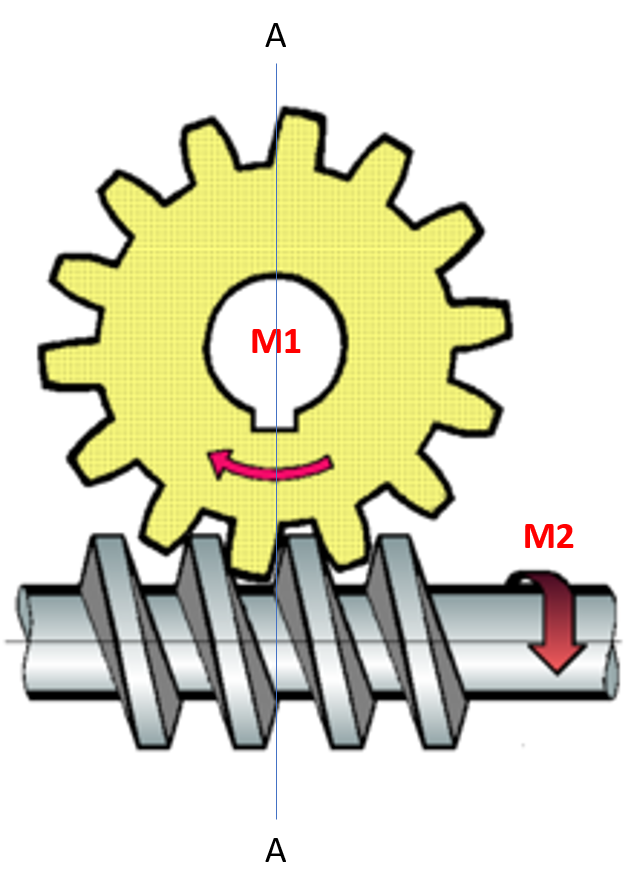 Now my question is:

If M1 > M2 is it still possible to lower the mass at constant speed ? ...or in other words, is it possible to make the gear (above the worm gear) turn at a constant rotational speed ?

...or will it just block the system due to friction ?

I will rephrase my question: Let's suppose it is a autolocking worm gear, how can I calculate how much M2 needs to be for the mass to lower at a constant speed ?

3
Worm gear & motor selection calculation
2
How do you calculate the best gear reduction for max speed?
0
Gear train with rack and pinion
0
Dynamics of Mass in Epitrochoidal Motion via Ringless Planetary Gear System
2
Calculate maximum acceleration of a car from rest (optimum launch)
2
Reduction System for Gate-opener motor
1
How does the diameter of a worm gear affect the amount of force needed to turn it
1
Dynamic model of a two-mass electric drive taking into account the Gear Ratio
5
Mechanical mechanism that regulates gear's rotational velocity
0
Wheel's torque and differential gearbox