Do we need to check punching shear when a drop beam is connecting columns?

If we have a series of columns as shown in the picture below and to reduce deflection of the slab between two columns that are 11.7 m apart we placed a drop beam 30 x 100 cm (the slab is 35 cm thick) do we need to check the punching shear for these two columns ? and if we need to check the punching shear do we use the beam thickness (100 cm) or we use the slab thickness (35 cm) 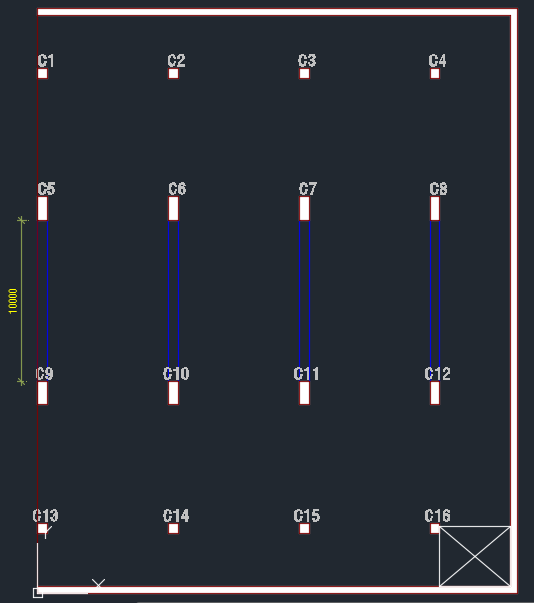 This can be clearly seen when you consider the load path for everything other than the loads in the region with the beams. Where will a load between C1 and C5 go? Straight to C1 and C5, of course.

A load between C5, C6, C9 and C10 will probably go to the beams and then the columns, so there's no need for punching shear reinforcement in that region, sure, but the loads outside of that area will concentrate right on the columns.

The only question is what the load should be. When calculating the punching shear for column C6, what load should you use?

One option to think about is to just use the load applied in the rectangle bounded by C1-C3-C7-C5 (well, the portion of it that goes to C6). This seems reasonable: this load goes straight to the column (requiring punching shear reinforcement), while the load around C5-C7-C11-C9 first goes to the beams, avoiding the need for punching shear reinforcement. Basically (where full lines represent loads that go straight to the columns and dashed lines go to the beams): 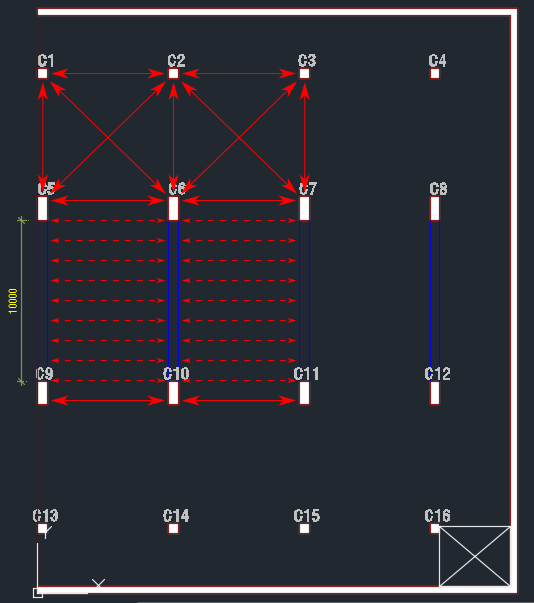 But how sure can you be that some fraction of the load in C5-C7-C11-C9 won't go straight to the column? After all, the column is far more stiff than the beam, so shouldn't it absorb more of the load than'd be trivially expected?

A really conservative calculation would ignore the beams and calculate the punching shear as if all the load went to the columns. Worst case, you're considering around double the real load.

Another, slightly less conservative calculation would use a 2/3 slope to define the load paths that go straight to the column: 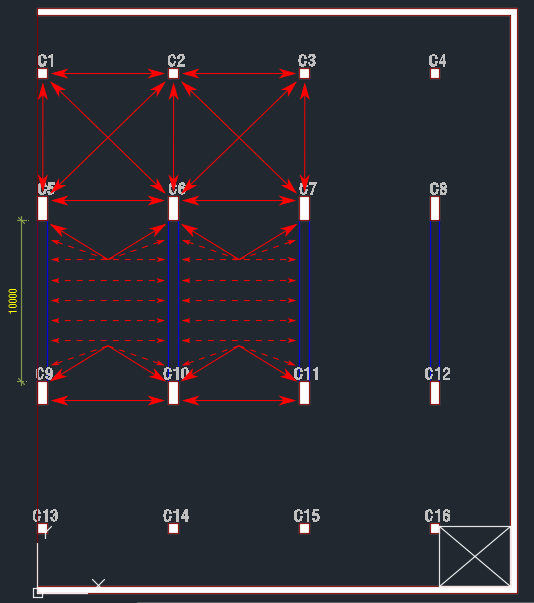 If, however, you actually have a FEM program that can accurately calculate the slab-beam-column interaction, there's an easier way to know the punching force: get the column's axial load and then subtract the shear force of the beam at the column. With this, you'll get the total force that was directly absorbed by the column, which is the punching shear force. Just obviously make sure to model the structure accurately.