Relation Between Distributed Load and Shear 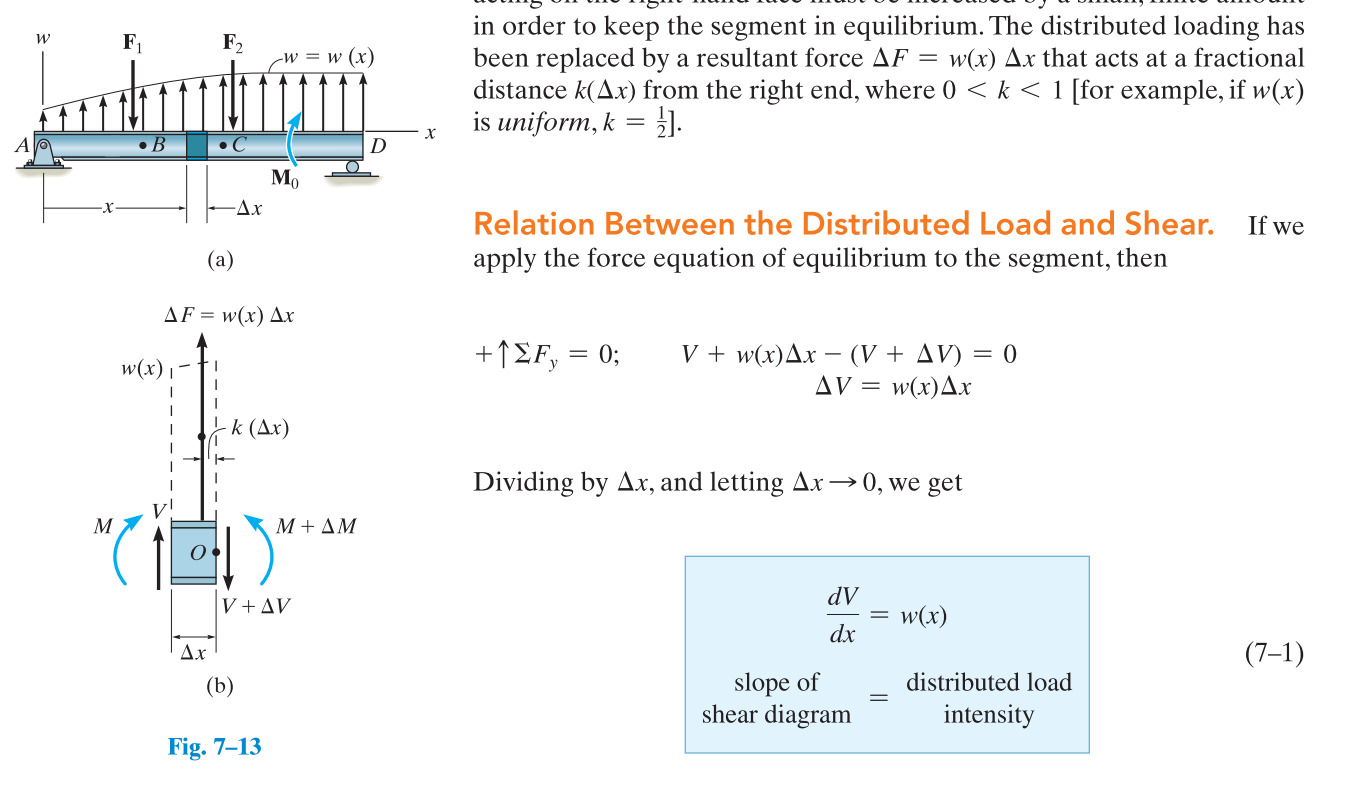 The general result $\frac{dV}{dx} = w(x)$ seems to rely on the shear forces at the interface acting in opposite directions. If my force distribution function along the top of the beam is linear with gradient 0, then my $\Delta F$ would act in the centre of $\Delta x$ and the shear force at the right and left interface of $\Delta x$ would be identical vectors, both acting downwards. My vertical force equilibrium would then be described as follows; $$ \Delta F - V - (V + \Delta V)=0 $$

This then breaks the general relationship described by (7-1). What am I misunderstanding?

I think the misunderstanding is because the book carelessly ignores the difference between the shear stress in the beam, and the shear force at a point where you cut the beam.

The shear stress at the two cutting planes in Fig 1-13(b) has a consistent sign convention. But since the outward normal to the two planes are in opposite directions (one in the positive X direction, the other in the negative X direction), that flips the sign of one of the forces on the cutting planes as shown in the figure.