Why we need to consider only 3 cases when we want to find the max positive shear ? IMO , We know that the max shear will only occur when the 67.5kN act on B , am i right ? There is no need to consider 3 different cases .....Or my concept is incorrect ? If so , can anyone show me the example where the max shear will occur at B although the max concentrated load doesn't act on the particular point ? 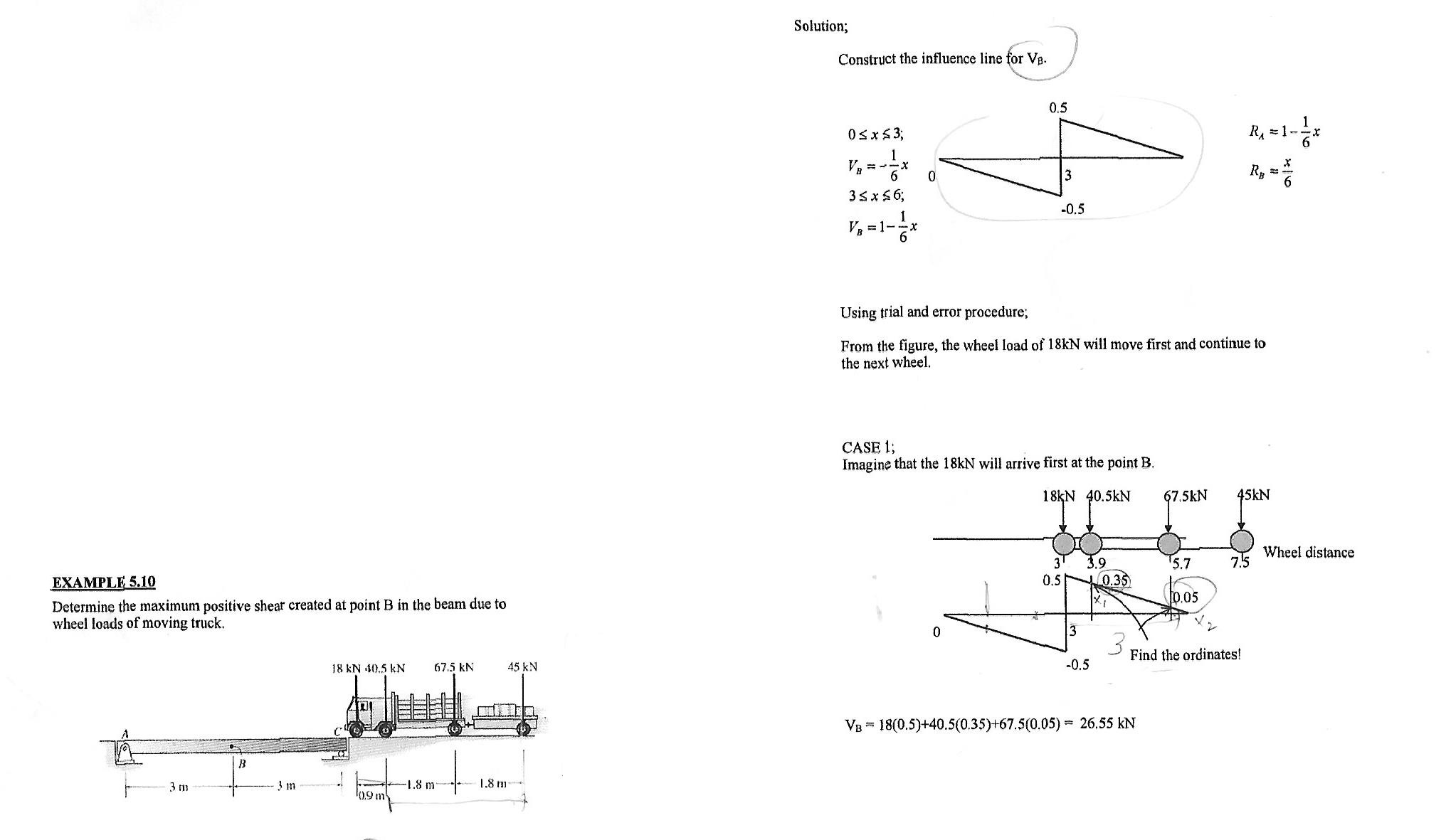 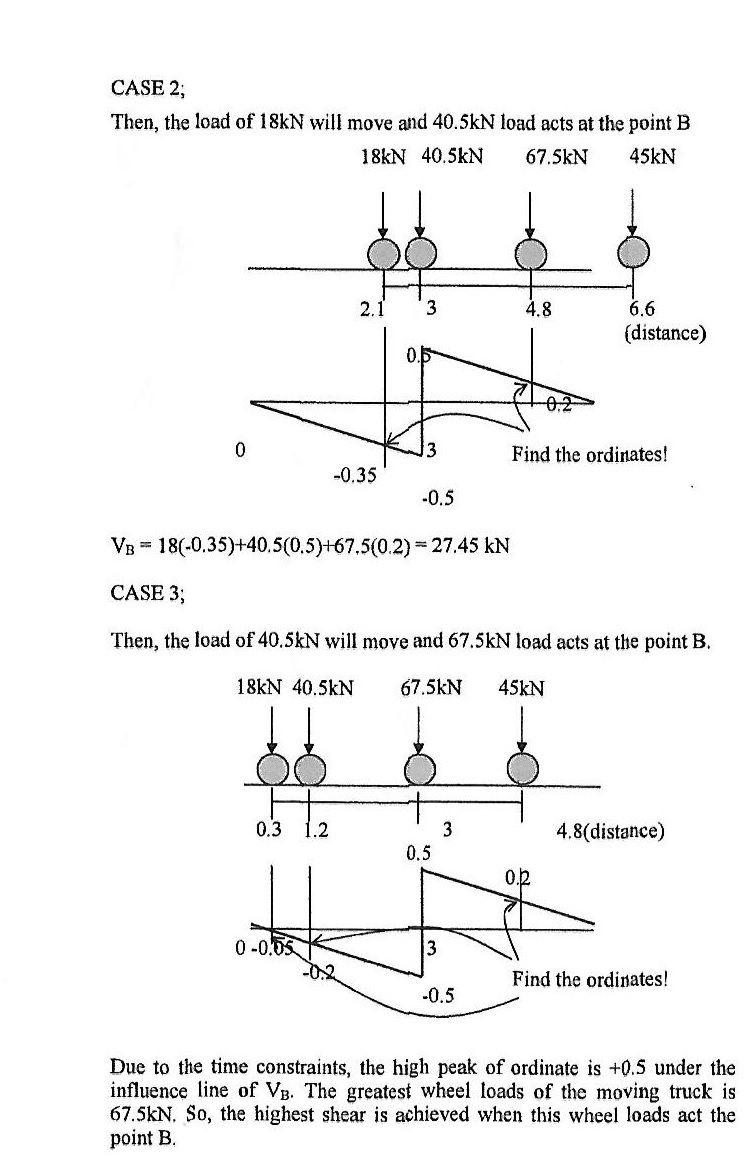