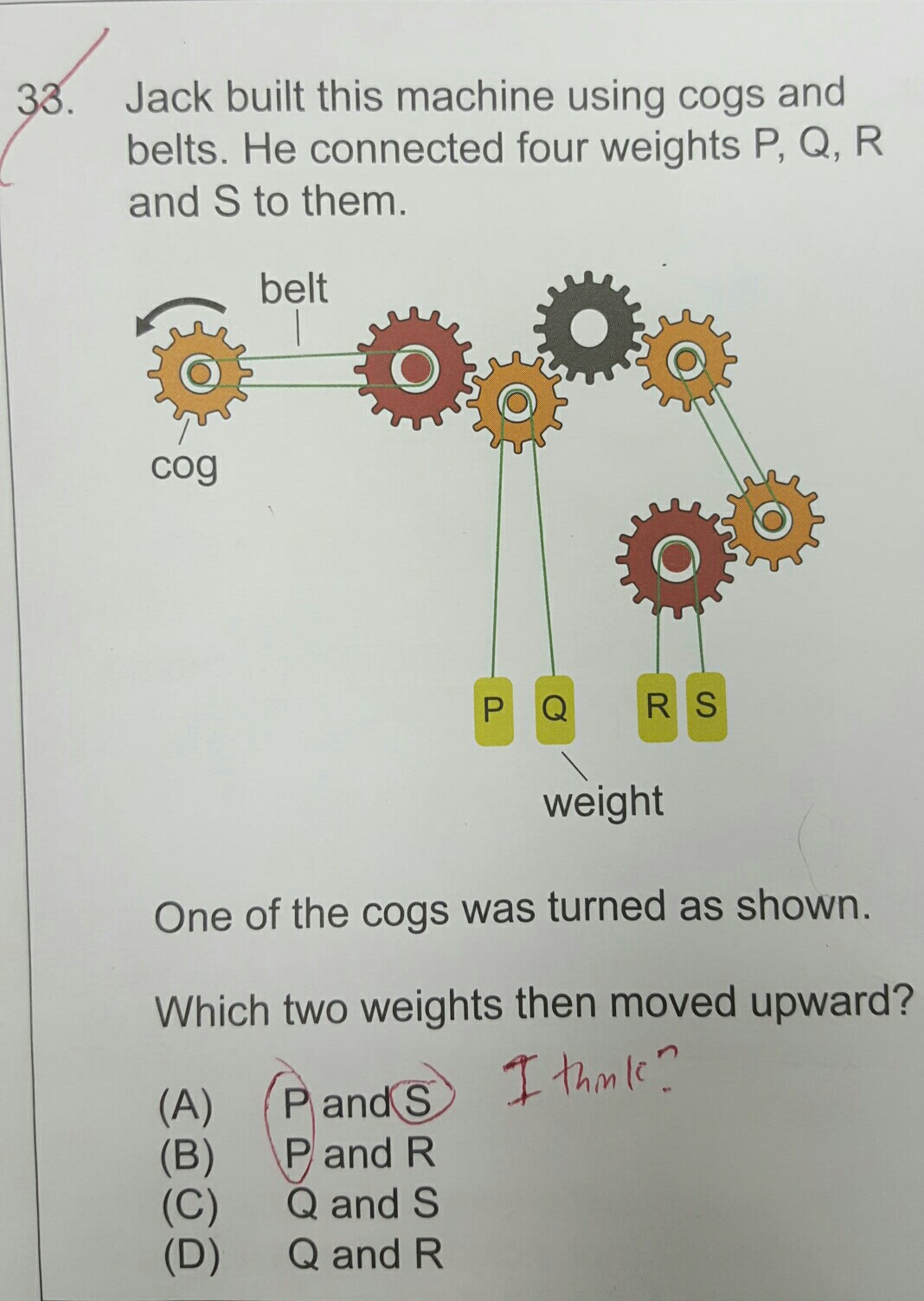 Does the left red wheel turn in the same direction as the leftmost orange wheel?If so P and S go up? If not, Q and S go up?

When two wheels/pulleys/cogs are connected by a belt, when one of the wheels turns the other one turns in the same direction as the first wheel that turns.

When two cogs/gears are positioned so they are touching, when one cog is turned in one direction the other cog turns in the opposite direction.

So for your example:

Not the answer you're looking for? Browse other questions tagged machining pulleys turbomachinery or ask your own question.

0
How to design and build a pulley system for a given purpose?
3
How do you apply fits and tolerances when designing hole and shaft?
4
How to increase the air flow rate through a dust-separating cyclone?
0
What is the difference between turbo wastegate and variable geometry turbo?
5
How to mount timing pulleys/belts for small DIY project
1
How to track parts through high-temperature oven and abrasive treatments?
3
What mechanism do I use for this pen-like design?
0
Relationships among turbo jet rpm and compression ratio and thrust
0
Braking movement of a chain through a pulley or sheave