What are the difference between these two ? Here's my notes , The author just stated the formula without explaining much . Can someone explain further what 's their difference ? 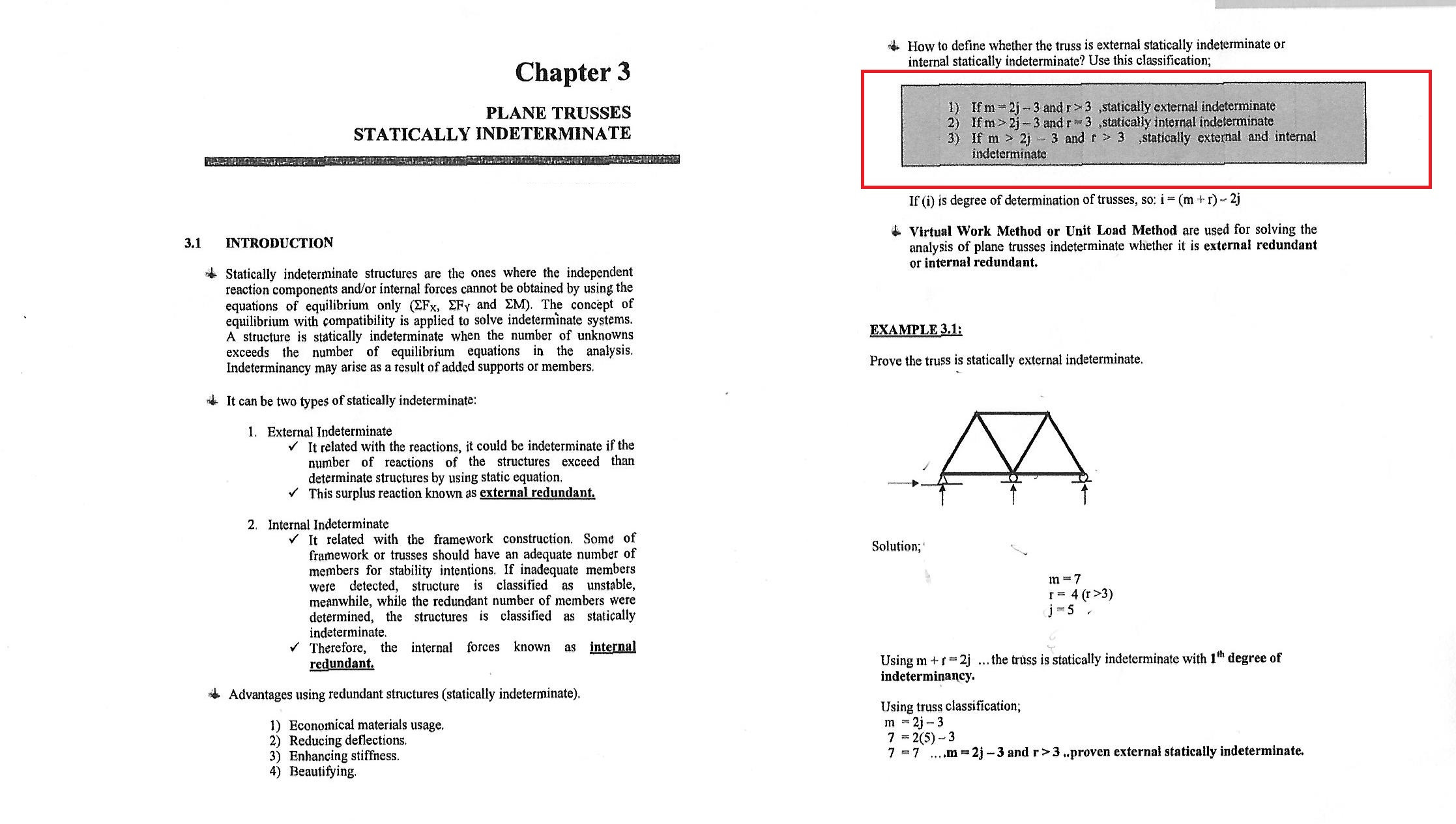 For starters, @alephzero's comment is entirely true: there is, in real practice, no difference between them. Also, you seem to be using a garbage textbook. Do yourself a favor and throw it away. You can probably learn more from videos on Youtube.

These structures have too many supports. By this, I mean that you cannot calculate the reactions for such structures with just the global equilibrium equations. Take, for instance, the following continuous beam (with nodes $A$, $B$ and $C$):

Let's try to calculate the reactions:

So, we know that $A_x$ (the horizontal reaction from the first support) is equal to zero. But we still have three unknowns ($A_y$, $B_y$, and $C_y$) and only two equations left. We're stuck.

To solve this, we need to create one more equation: the fact that the beam's rotation on the left side of $B$ (the middle support) is equal to the rotation on the right side of $B$. This is called a compatibility equation, which is the sort of equation necessary to solve indeterminate structures.

These structures have just enough supports, but the structure itself is too complex. You can therefore calculate the support reactions with the global equilibrium equations, but not the members' internal forces. Take, for instance, the following truss (with supports $A$ and $B$): 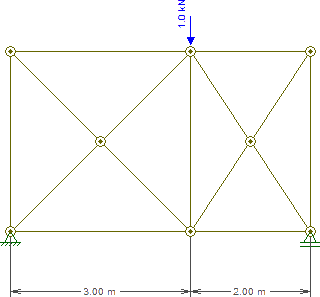 We can easily find the reactions:

Three unknowns, but only two equations. Can't be done. And you can do this for all the nodes, but you'll still end up with more unknowns than equations.

So you once again need to create additional compatibility equations, such as the fact that the deflection of all the bars at a given node must be equal (for instance, the vertical, diagonal and horizontal bars at $A$ must all end up with a deflection of zero).

3
Beams in Bending: Bending stress / strain distrution
0
shear flow in thin wall members
2
What is the difference between Ordinary reinforced concrete shear walls and special reinforced concrete shear walls?
2
What is the difference between to Eurocode design equations (6.10a and 6.10b)?
0
Meaning of this sentence in lecture notes about buckling of nonlinear column
0
How do extra building levels affect the foundation design apart for the extra load?
4
Why is the Stress vs strain diagram preferable to the Load vs displacement diagram?