What do they call that elegant triangular scaffolding often used in future-oriented architecture?

I'm a 3d artist and I'm trying to produce a type of scaffolding within a biodome.

For lack of knowledge in technical terms, I'm having a hard time learning about the design pattern/structure that I must follow (I suspect just making a triangle-array would be ignorant).

What is the technical term for the triangular scaffolding often used in future-esque projects? I've seen it used to hold up giant solar arrays as well as biodomes, etc.

If I only knew what it was called I could go ahead and research it!

The general term for these structures in 3-d is a space frame.

Another key to making a stiff lightweight structure is to make it curved in both directions (i.e. not like a cylinder or a plane), so that effectively you have groups of four bars forming tetrahedra. The curved structure works the same way as a dome.

If you want to study designing something like this, you could start with the same idea in two dimensions, called a truss. Trusses are a very common engineering design for the roof supports in buildings, and also for bridges, tower cranes, etc.

To make a space frame which is cheap and easy to assemble, you need to make the bars with a few standard lengths and meeting at the same angles, rather than every bar and every joint being different. Of course a computer aided design can have every part different if you want, but the manufacturing and assembly costs will be higher.

You might want to look at polyhedra (including "semi-regular" polyhedra, not just the five "Platonic regular solids") where all the edges are the same length, and buckyballs which have similar properties. In particular, there are a few deltahedra where all the faces are equilateral triangles but the complete object does not have a "regular" shape. The regular polyhedra were studied by the ancient Greek mathematicians, but the irregular shaped deltahedra were not discovered until nearly 2000 years later - most likely simply because nobody bothered to look to see if such a thing could exist.

Google any of the terms in bold type for more information.

You may be thinking of geodesics, commonly seen in geodesic domes.

"Geodesics" or geodetics refer to lines following a "great circle" route across a surface. They can produce strong structures with no internal reinforcement, maximising usable space (in principle ... in practice, filling the space with cuboid furniture is problematic!)

One early exploitation of this was in late 1920s airship designs, where it is associated with Barnes Wallis and his successful R100 design.

The structure has a lot of redundancy and can be quite resistant to damage, a property that proved useful in a later Barnes Wallace design, the Vickers Wellington bomber from early WW2. 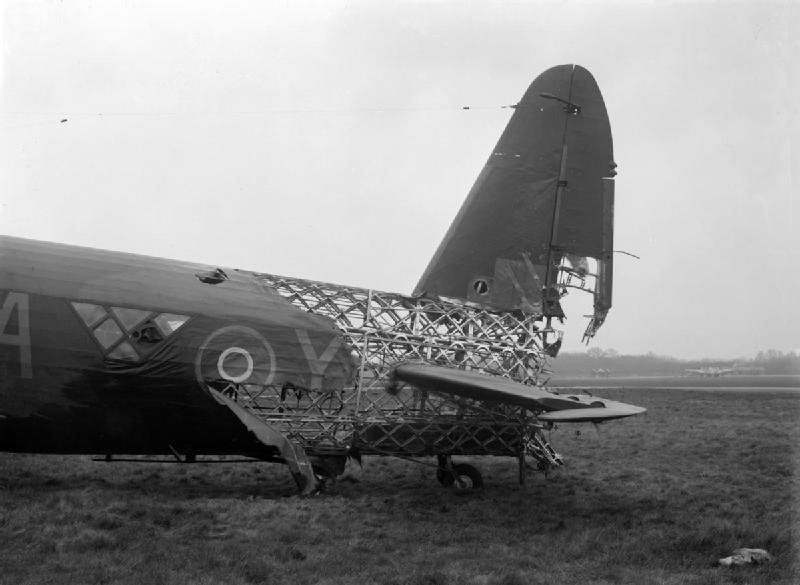 The post-war Vickers Viking airliner followed the geodesic design, one survived a bomb exploding in the toilet but landed successfully.

It is now highly feasible to take care of everybody on Earth at a higher standard of living than any have ever known. It no longer has to be you or me. Selfishness is unnecessary. War is obsolete. It is a matter of converting the high technology from weaponry to livingry.

Whether he knew of Wallis's weaponry or independently invented geodesics for "livingry" I don't know.

A common variant is composed of pentagons and hexagons with slightly raised centres. using just two slightly different sizes of triangle, as can be seen here (not quite complete in the photo). This greenhouse, made of lightweight 2x1 timber and polycarbonate survived quite a few hurricanes in the Hebrides. 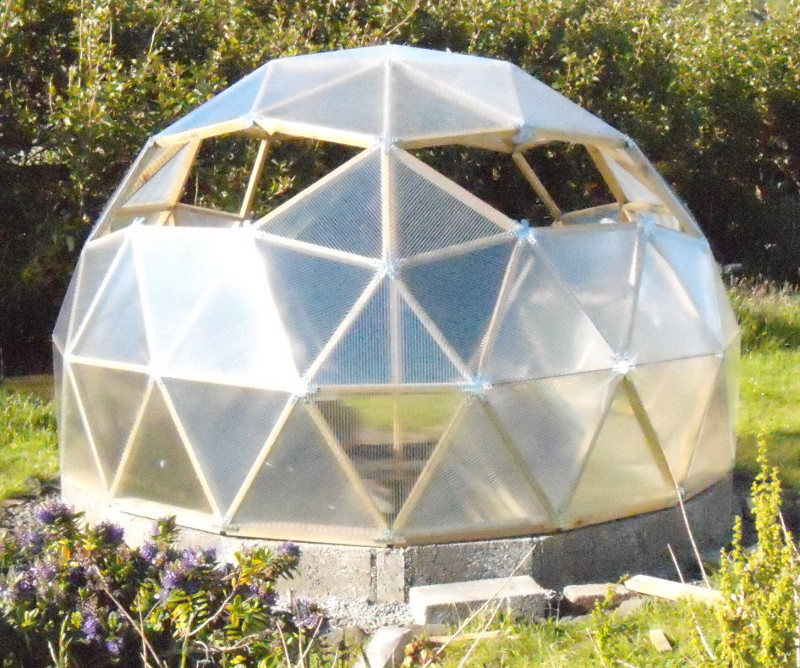 Hence the relatively recently discovered C60 atom mentioned in the other answer, which earned the name Buckyball, or Buckminsterfullerene for obvious reasons.

Not the answer you're looking for? Browse other questions tagged architecture or ask your own question.