Is it Possible to Automatically Transform an Image of an Object into a Line Drawing in AutoCAD?

I have many photos of devices which must be traced into AutoCAD. Is there any software for tracing object edges/outlines automatically so that a Primary Plan of the object can be made in AutoCAD?

For example: the photo below, shows an object I would like to have a line drawing of in AutoCad. 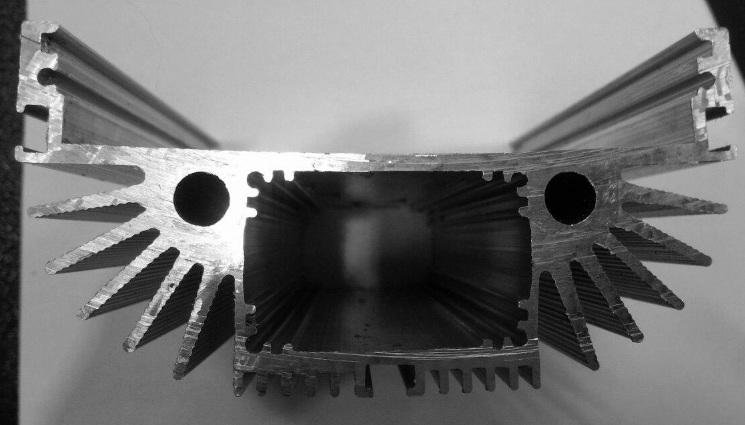 I need to trace the object's edge/outline from a top view and create a line drawing in AutoCAD.

I tried Photoshop by using it's Magic Wand Tool and made this: 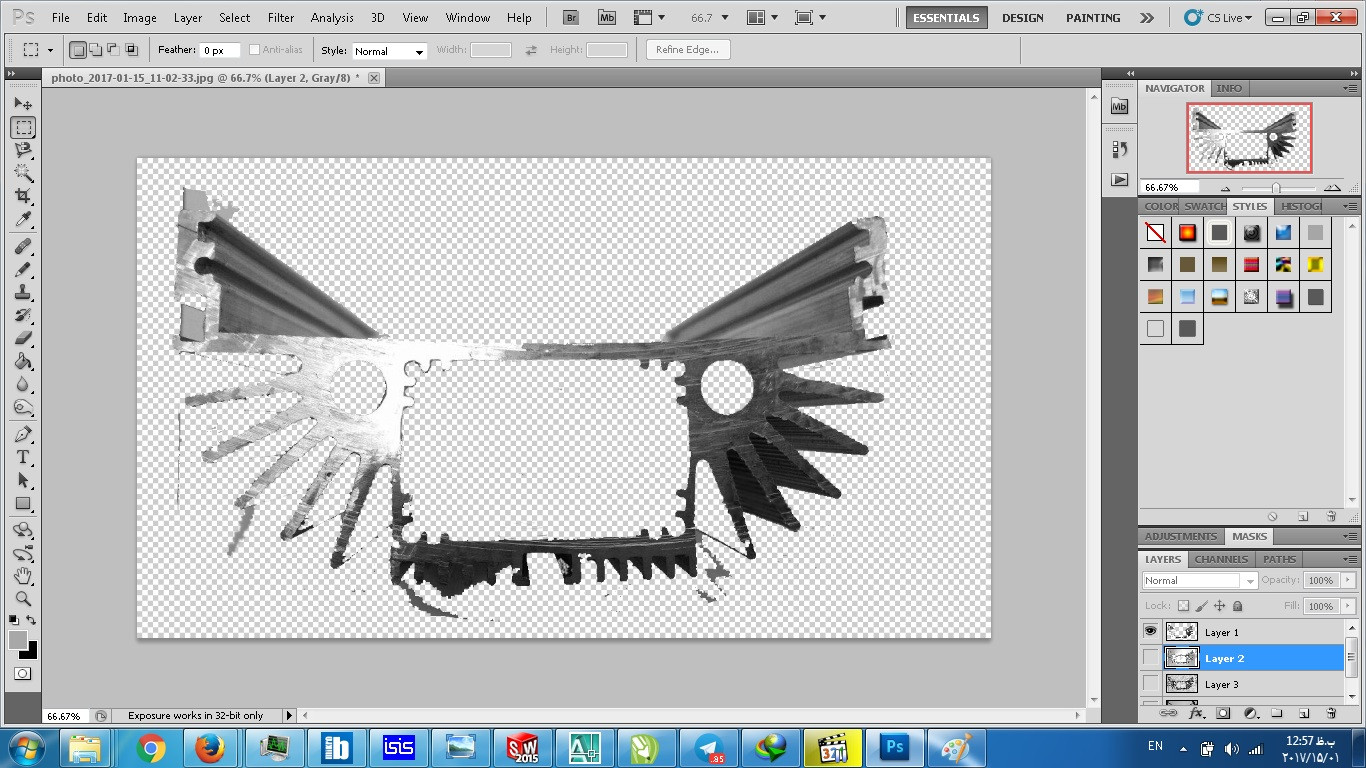 I found this site and made this photo by using it's edge detection function:

My photo is in www.photo-kako.com/en/edge.cgi: 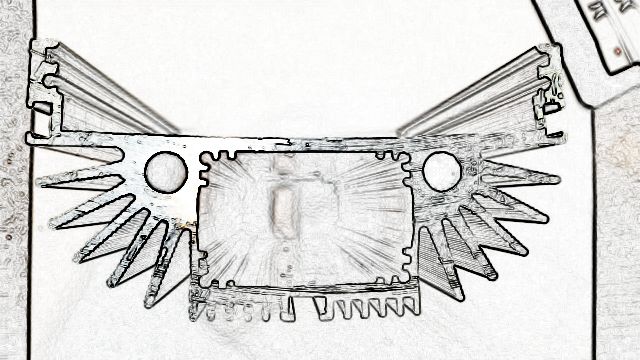 So after this how could I change the main edge/outline to a line drawing in AutoCAD automatically?

Or how could I do this better, any help or instruction for saving time and getting a better result would be appreciated?

Because the lack of time, I have made that work by my hand similar to this : 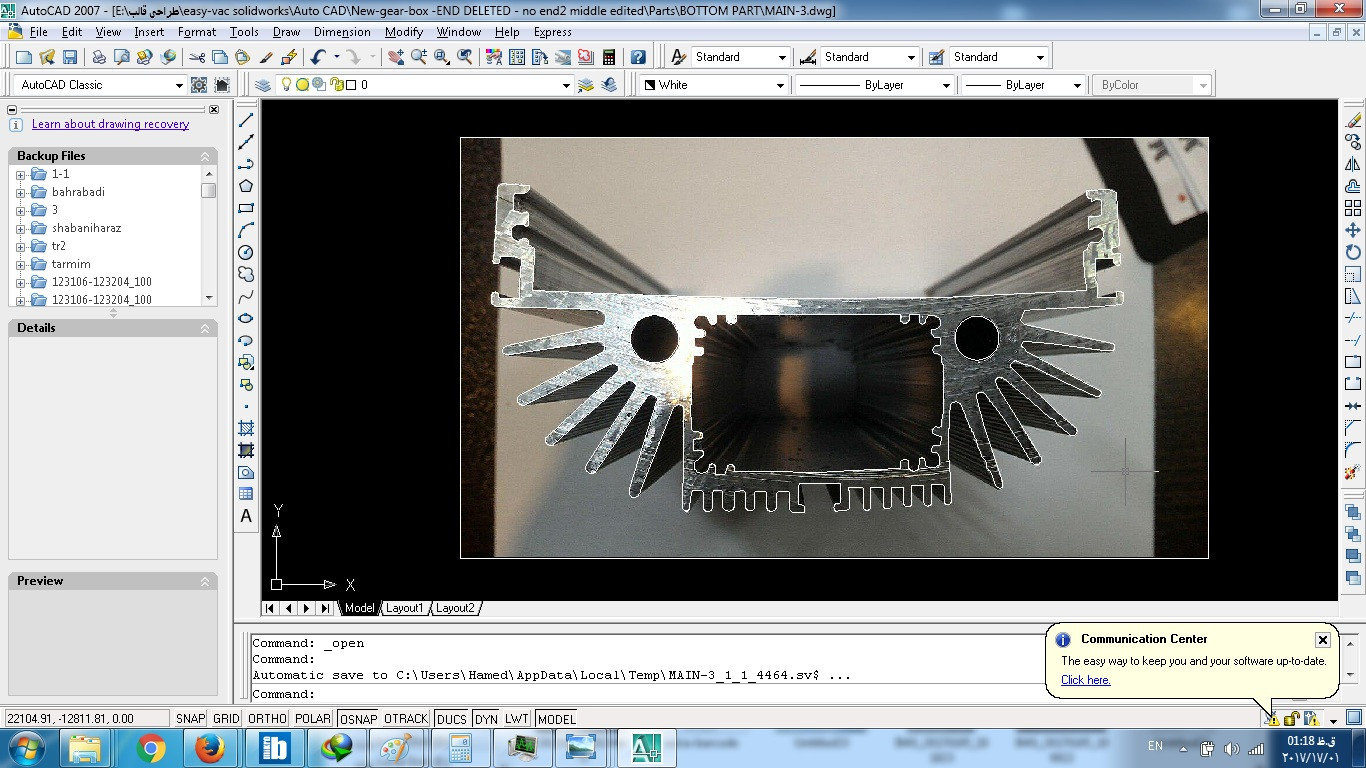 One option is to import the jpeg directly into AutoCad and simply trace the lines you want over the top in a new layer.

While this isn't automatic as such I suspect that it may end up being less trouble than going through multiple pieces of software and a your example shows there is a good chance that you will need to do a bit of manual tidying up in any case especially as the photo in the example isn't very high contrast and you have a lot of shadows and perspective to deal with. So it is unlikely that an automatic edge detection tool is going to reliably do what you want, certainly with that sort of quality of photograph.

Plus be aware that close-up photos like this can distort the image quite a bit especially at the corners. Just the fact that you can see the part receding into the background indicates that it is not a true flat projection and unless you know the lens type and focal length used to take the picture this is not easy to correct.

Possible but not nesseserily worth it.

Its possible, but it is a bit questionable whether its actually practical or saves you any time. See when you photograph a section you get into measurement, and measurement is hard. Even just photographing that you get a easily traceable image needs some careful thinking about setup. In addition you get into trouble with noise, and distortions caused by lens and not entirely perpendicular camera shooting angle. You can handle all this but its quite much work. Also you need much more than one shape for this setup to be beneficial.

Even so there is quite much you can do for the photography session.

In general its best to actually spend time on the photo shoot to get things correct as it saves you lot of time in the masking stage.

Digital conversion of image to

You can simply do this in Photoshop, the process is pretty easy. Once you have selected the area you want to capture, and have a selection tool enabled. Right click on your canvas and choose Make Work Path..., this will simply trace the selection edge. 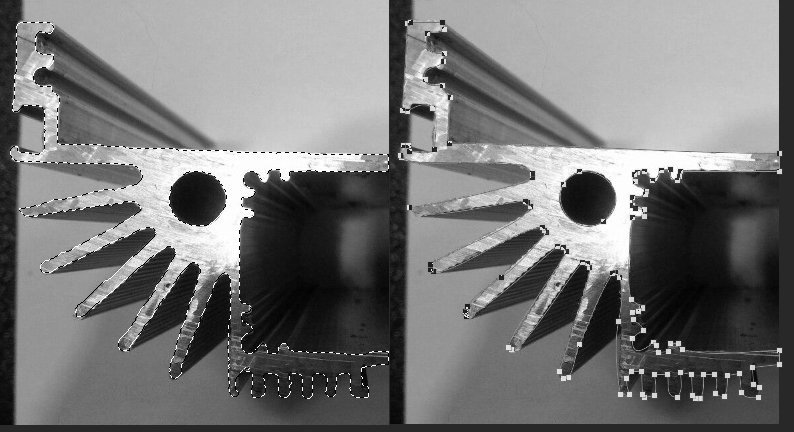 Image 1: Before and after making selection a work path

You can then use File → Export → Path to Illustrator this will create an old AI file that is in postscript format. You can either open it in illustrator (or copy paste the path) and save it as DXF and then read it in form there. Or you can just read the postscript file in AutoCAD with many available importers. (or write your own the format is fairly trivial) 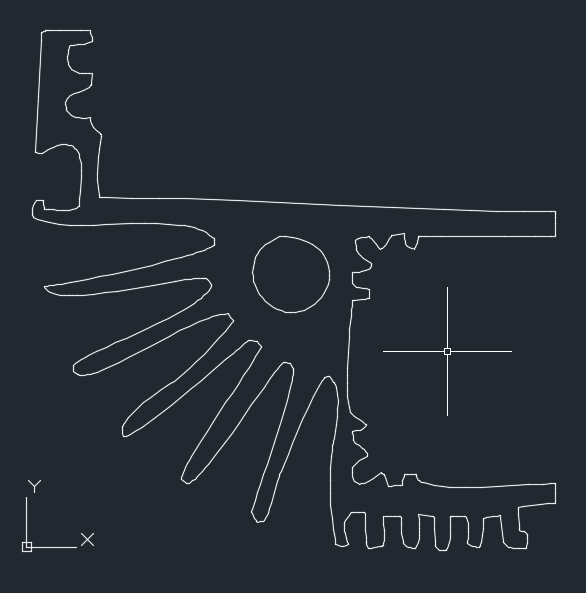 Now the results aren't stellar because your source image is bad, one can do much better with more advanced masking techniques*. In general the results will not be super good as all your actual geometric flaws are in the image and round holes will no longer be round for example. And the design is supposed to depict the ideal object. But in general if you take precautions and work your photography session slightly more then you can use a camera as a cheap coordinate measuring device (look up stereo geometry).

But in this case i think you'd be better off taking the object in one hand and calipers in the other. I mean I wouldn't scan this thing, but your mileage may differ.

* Some of which use manual tracing which you wnated to avoid.

You would want to use a feature in adobe illustrator called "live trace" you can "place" an image into an illustrator file and select live trace. You can tweak the settings and presets until you get the best result. Then, you "expand" the result which you can export to DXF. It's not perfect, but if your images are sharp and have good contrast, you may get good results.

Not the answer you're looking for? Browse other questions tagged measurements autocad cad or ask your own question.

1
How do I set the default coordinate system for the line tool in Autocad?
4
How can I accurately measure the actuation force of small buttons (<1cm diameter) using home equipment?
2
Autocad - multipage drawing with all content in the same model space
1
Autocad start drawing away from the Z=0 (non-coplanar)
0
Projecting side surface from a 3D object made by lofting in autocad into 2D