I said so because the board at the centered is connected by 4 bolts , 2 on the left and 2 on the right . The faces on the right also resisted by the same arrangement of nails , right ? 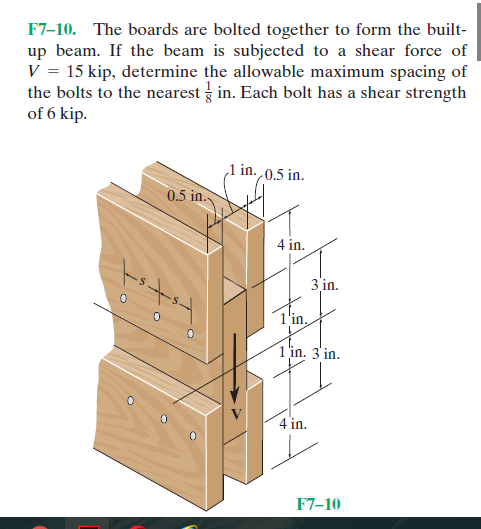 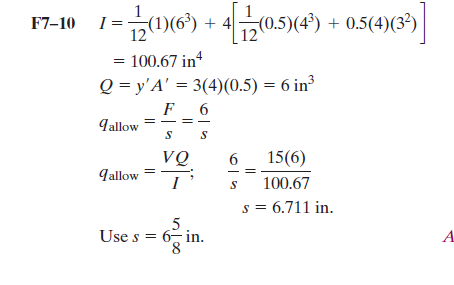 The shear force on the element in question is defined by the bodies and forces that are acting on it, and inertia is the resistance to rotational movement (simplification to the extreme but I think you get my point), so by using the inertial mass of the connected elements we can deduce the force on the main body by accounting for the connected masses.

Let's go back to what shear force is on a body. In equilibrium you should be able to make a theoretical slice in the body at any point and have a balanced system (axial, shear, rotational), the 4 outside the brackets of the inertia equation (I) accounts for the four masses connected.

1
FEA: Changes in initial geometry cause divergence of solution
3
Beams in Bending: Bending stress / strain distrution
4
Clamping force from U-bolt around pipe
0
number of total reactions in a structure
0
absolute shear occur at support?
1
Internal load in cremona diagram
2
Why is deviatoric stress the one causing distortions?
2
Confused about internal hinges for calcualting reactions
1
Direction confusion for shear and moment when sectioning a beam