Designing a Parallel Robot by Autocad

These days I'm designing a 5-DOF parallel manipulator with Autocad. Though I know that some people might say that Autocad is not a proper software for robot designing but I only have access to this software at the moment. So here is my question (and I thank you in advance for your help) :

$\textbf{Parametric constraints:}$ Unfortunately I do not know how to put geometrical constraints on my parallel manipulator though I have searched a lot on net and watched some videos about it on youtube. By geometrical constraint I mean putting some restrictions on for example two 3d objects that they can make some restricted moves with respect to each other. For example I have a spherical joint in my robot which I want it to perform some rotations without actually leaving its socket (as depicted in the following basic picture). 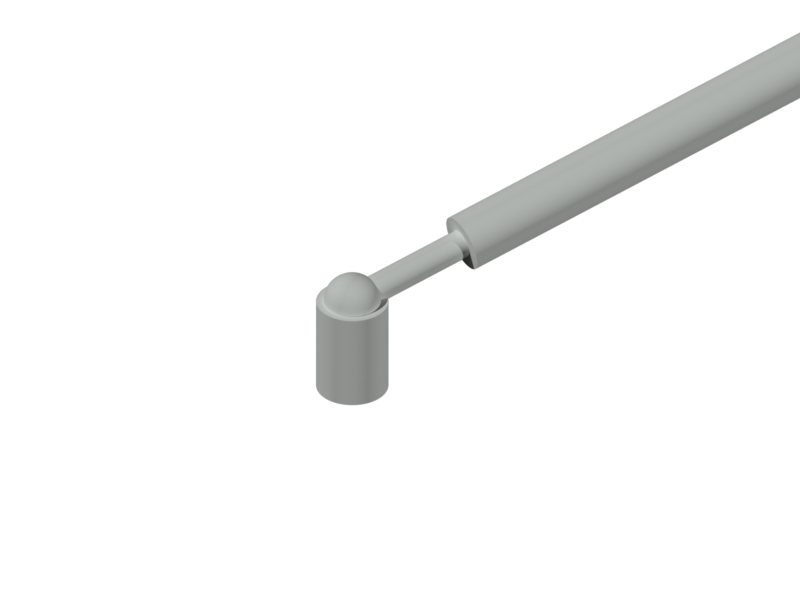 First, are you using Autocad? That looks like Inventor. They are two separate software packages.

The two ways you could constrain (mate) the spherical joint would be to make a "cup" (spherical cut) on the socket and then constrain the ball to be tangent to the cup (cup is same radius as the ball) or concentric to the cup (not necessarily the same radius).

The other way would be to create a reference point on the cup and a reference point on the ball and constrain the two points to be coincident. That's probably the way I would do it, though a concentric mate would probably be the same thing behind the scenes. Tangent mates would be a lot more taxing on the software and would bog down your simulation.

You can use driven constraints to get a joint to move to a particular parameter's value - those would be parametric constraints. Check out constraint limits; I forget what they're called in Inventor off hand, but you can essentially make "end stops" for actuator min/max strokes, etc.

If you have any other specific questions, please ask another.

Not the answer you're looking for? Browse other questions tagged design autocad or ask your own question.

2
Working out functional gear in AutoCad
3
Understanding AutoCAD plugin files by Example
2
NumPad shortcut keys in AutoCAD 2018
0
Autocad "Aligned" Constraint - distance between two parallel lines
0
AutoCAD 2019: How do I Find the Perfect Angles to Match Line Endpoints
1
Where can i download AutoCad Tutorials?