Is a gear usually held to a shaft by friction or an adhesive?

So, where I work, we have this arcade game, which is a classic claw machine. IN order to raise the claw up and down the machine makes use of a worm gear, like so: 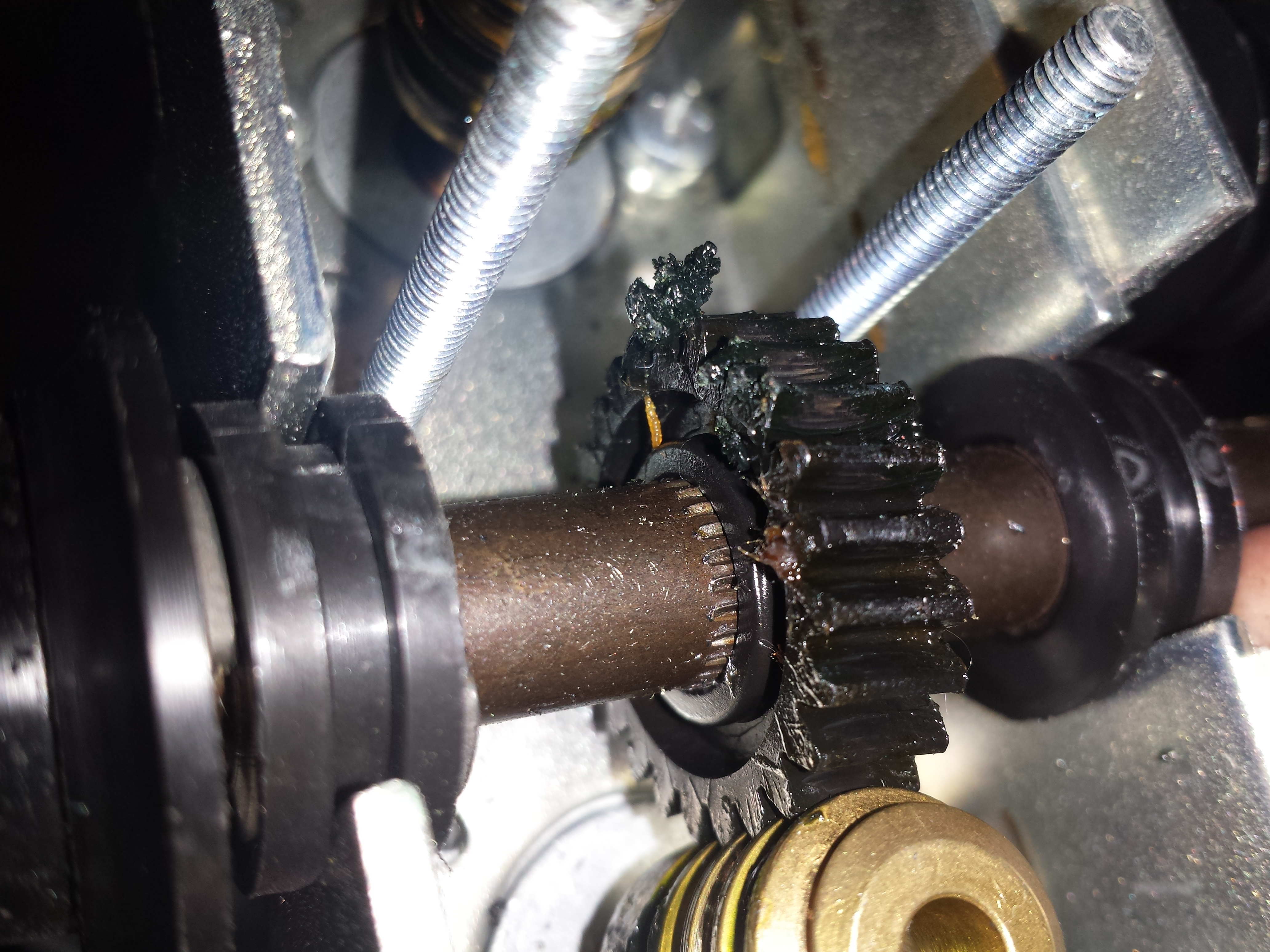 (although for the meticulously curious, this is actually the drive that moves the trolley the claw rests on back and fourth but it is almost identical to the part in question.)

I noticed that the gear seems to be on little grooves here. On one of our machines , the gear has actually come off of the grooves on the horizontal shaft. This has been causing the gears to slip whenever the motor tries to rise the claw. I assume this can happen because the vertical gear puts friction on the other gear that makes it tend to slide in the direction of rotation along the shaft, so my question is this:

Is this gear on the horizontal shaft held in place by friction (if I slide it in place until it is hard to move from pressure between the shaft and diameters of the gears, am I good) or do I need to clean the shaft and apply some adhesive in order to expect it to stay? It works okay now, but I didn't exactly test it extensively.

It appears the spline-like grooves pressed into the shaft's surface are upsets, which are there to derive an interference or press fit between the shaft and the gear. This is intended to fasten the gear onto the shaft so hard that it will not come loose, but if too much torque is applied to the gear by the worm drive, it will shear loose from the shaft and spin. Glue would not help since the strength of the press fit is derived from the shear strength of the stuff the gear is made out of, which is probably be greater than that of any glue you might try. If this is a common problem, then the assembly method of the gear on the shaft probably needs to be revisited.

If you want a simple fix and the internal splines of the gear itself and the external mating surface of the drive shaft are okay, not stripped, and the only issue you are having is movement "along the drive shaft", then putting some hose clamps on the shaft snug up against the gear and clipping off the excess should work to keep it in its designated position.

The classic solution to do this would be to use a key cut into the axle and a keyed gear: 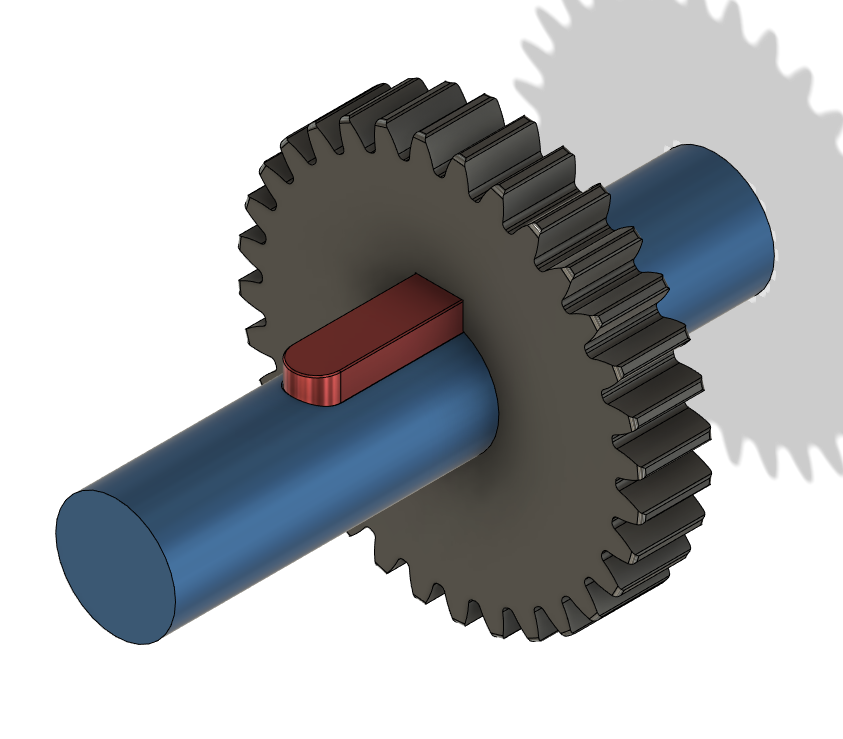 The red Key rests in a slot machined into the axle and corresponds to a slot in the gear. This prevents the gear from slipping around the axle, but needs other features (like a snap ring) to prevent sliding along the axle's rotational axis.

The gear in the machine you have shows a variant of this method: several small keys, machined as part of the axle, interfering with a rough surface or just a friction or press fit on the gear. As the inner gear surface or the surface of the axle wore, the interference got lessened and now slips.

To repair, you could machine a slot into the axle and a corresponding one to the gear and tie the two together with a key. However, in low-load applications, special adhesives like Loctite or epoxy glues can be used to keep two components together.

4
Designing non-self-locking worm gear
4
Selectively rotating (engaging/disengaging) one of 80 couplings on a small shaft?
0
Does gear diametral pitch have to be an integer? (teeth/diameter)
1
Torque required to rotate object around axis using Stepper Motor for Kinetic Machine
1
Vertical gear shaft support
0
Clutch for rotating axis of mount used for astronomy
0
To reduce friction losses, is it better to have one single large ratio stage, or multiple smaller stages for worm gear?