Possibility of buckling in non-slender member? 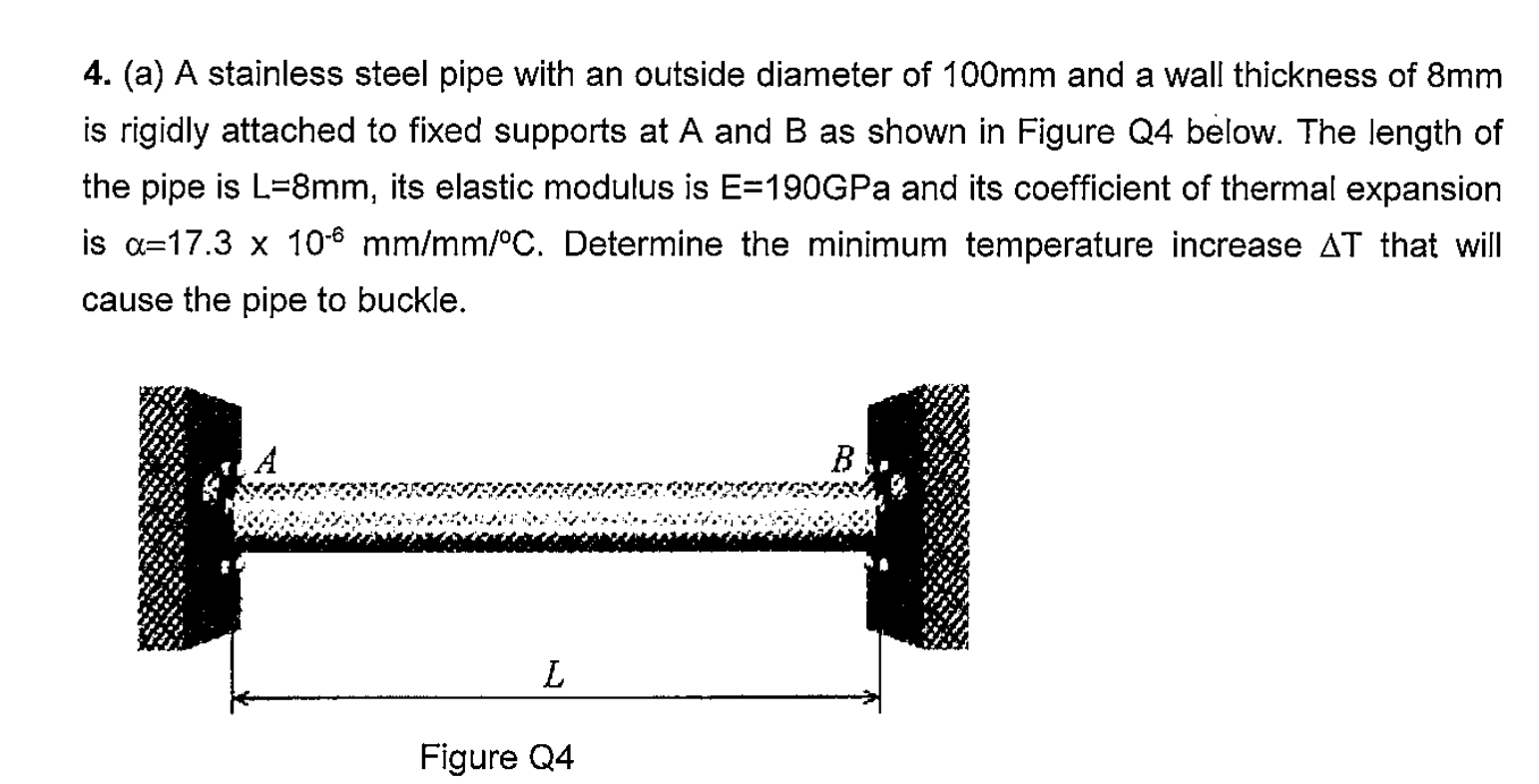 The above diagram is misleading. In reality, both the length and thickness are equal to 8mm. As this is from a past paper (one notorious for awkward questions), I'm not sure if it's a typo (an 8m length would be much more straightforward). Is there any possible outcome/plane in which this pipe would indeed buckle?

It is not necessarily a typo, but you wouldn't normally call a thin walled cylinder 8mm high and 100mm diameter a "pipe".

However, the formulas for Euler buckling are most definitely not valid for a structure with those dimensions. The appendix of this rather old report http://www.dtic.mil/dtic/tr/fulltext/u2/a801283.pdf gives some basic theory and graphs for "hand calculation". Such problems would now be solved by computer modeling, of course.

In real life, the critical load will be very sensitive to the exact boundary conditions.

Since the OP's diagram looks as it if came from a rather old textbook, most likely it is a typo, but since the length as shown in the diagram is apparently less than the "obvious" typo of 8m it is not very clear what the "correct" dimensions for the numerical part of question should be.

Deriving a general formula for a pipe of length L, diameter d and wall thickness t is a sensible exercise, though.

Not the answer you're looking for? Browse other questions tagged structural-engineering materials deformation buckling or ask your own question.

6
Concrete formwork - best approach to counter uplift forces, for a freestanding pour?
2
What is meant by “perfect geometry” in the context of Euler buckling?
0
Why is buckling caused by nonlinear geometry?
9
Definition of buckling as a sudden deformation
1
Why is buckling said to be independent of material strength?
2
Using modes from linear buckling analysis as imperfections