I've written a program to generate gears and write them to dxf files. I thought all was well until I looked at the mesh of two gears. 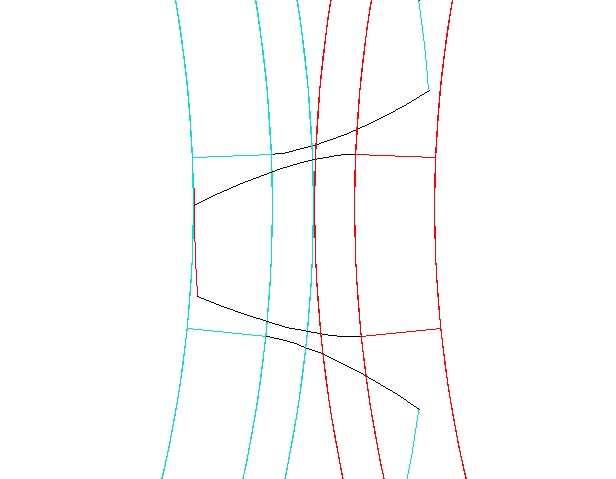 From everything I've read there should be no backlash when the pitch circles touch. So I'm ether reading wrong, or my calculations are skewed. If I drop the pressure angle to like 8, the teeth fit nicely. The image is with the angle set to 14.5 This is the actual code, I derived it from here

then I create a line string for the involut curve as:

And thinking about it, how could you not have backlash when the teeth arc from the base circle, the point where the line starts at half a tooth/space distance. But I'm just not sure.

Also, I'm planing to put all the code on GetHub and will do it sooner than later if needed.

UPDATE: The fix is in and now it looks like it should. This is with a 20 degree pitch. 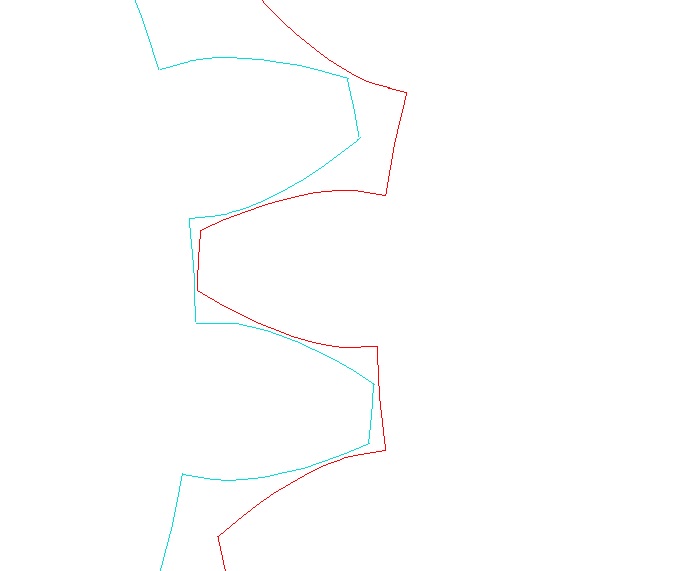 I've uploaded to GetHub using the MIT license. If I think this useful, maybe others will also. The user interface needs a lot of work, gear params are still hard coded. Only these two files have any thing to do with gears.

The rest is a CAD drawing interface. Thanks again SprocketsAreNotGears!!

First of all, there should indeed ideally be no backlash between the teeth. There is a slight problem with the code, which stems from the misunderstanding that consecutive points of the involute curves that lie on the base circle occur a half-tooth's distance away from each other. If this were the case then, yes, there would be backlash. However, in fact, it is actually the points of the involute curves at the pitch circle that are a half-tooth's distance apart. I'll illustrate this below.

What your program is currently doing is as below: 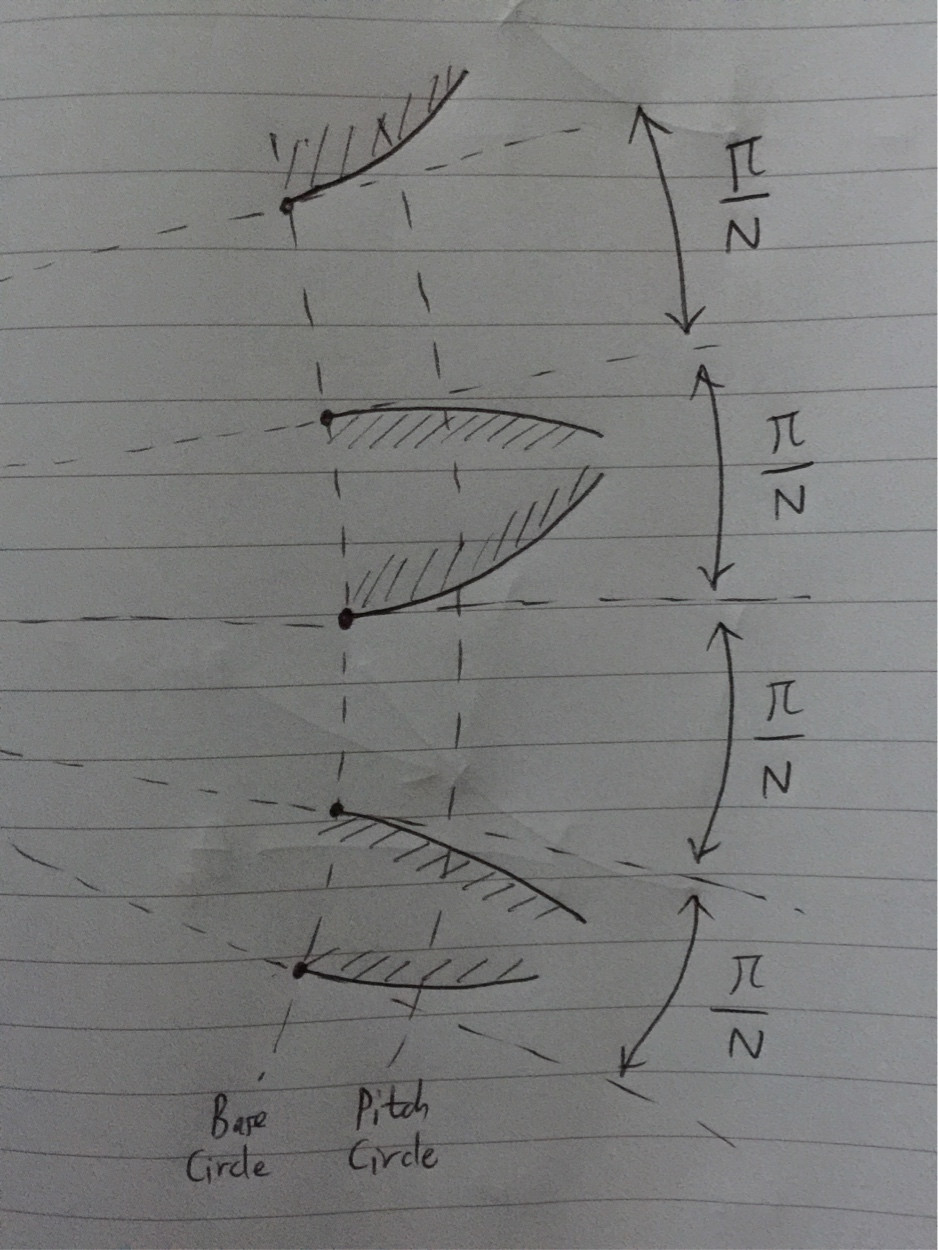 Note that each of the radial lines are one of the $2N$ division lines (for a gear with $N$ teeth) and each are separated by an equal angle of $\frac{\pi}{N}$ radians. Note the black dots are the points of the involute curves that lie on the base circle, and these lie on the equal division lines according to your program. This is not the case for standard gears with no deliberate backlash implemented.

Take note of the following diagram, which is basically a zoom-in of the previous: 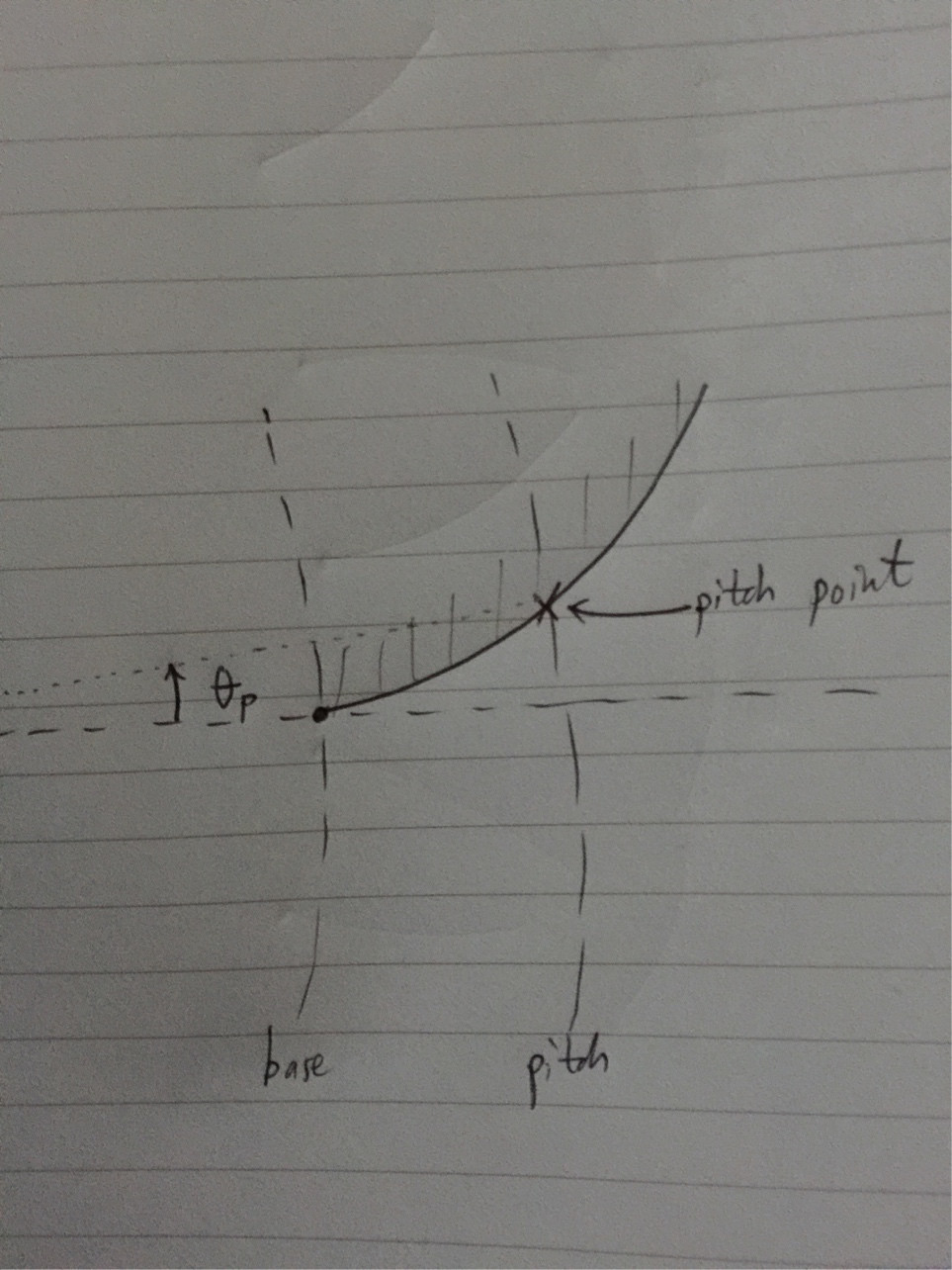 Note the pitch point on the involute curve, and take note of the angle $\theta_P$ that occurs between the radial lines passing through the base and pitch points. We will need this angle later on.

We want to instead have the pitch points on consecutive involute curves separate by equal angles, and so the following diagram should be obtained: 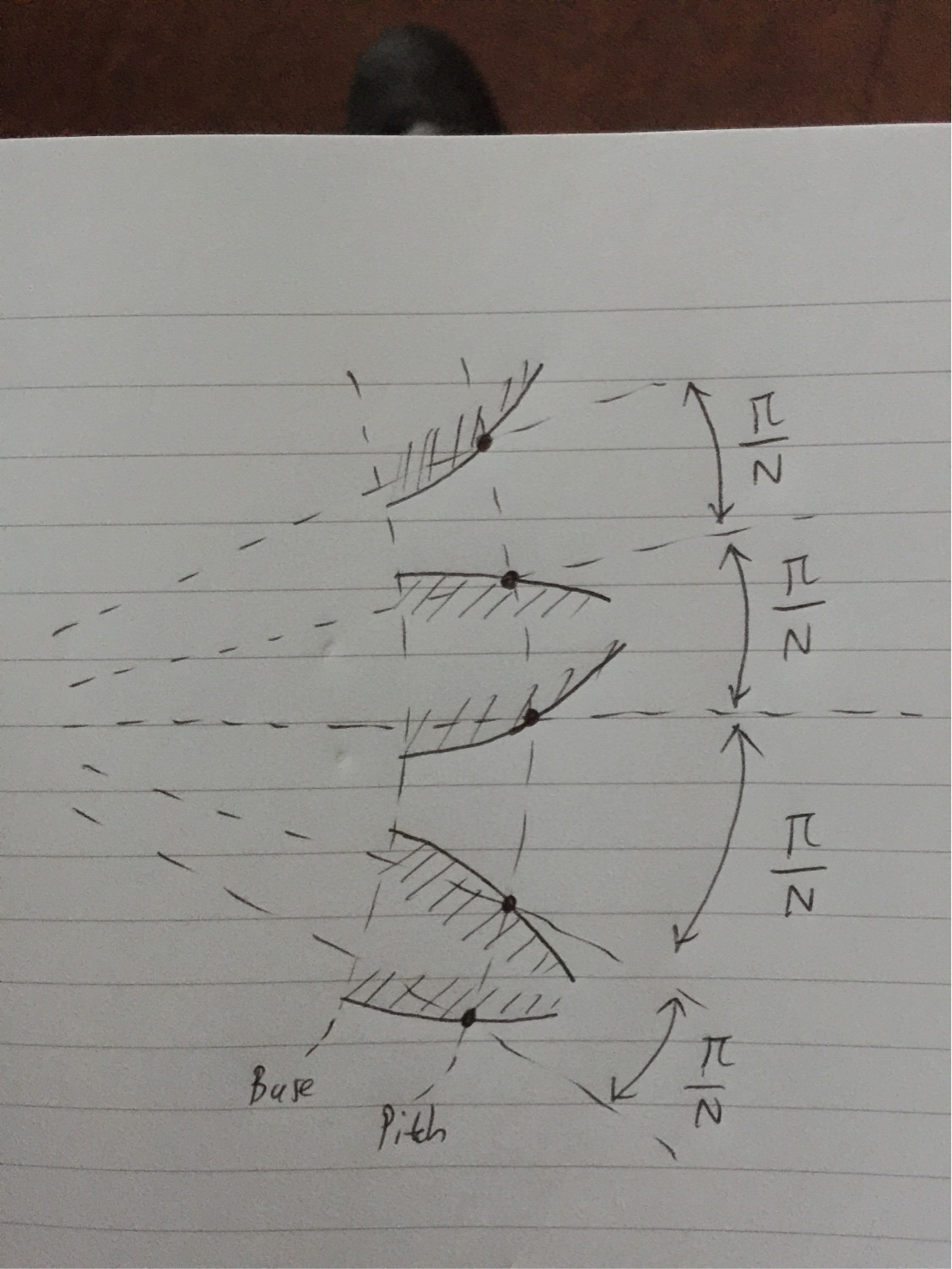 Note that the black dots are the pitch points that are lying on the equal division lines. To get from the previous incorrect case to the correct one, this involves rotating the involute profiles about the centre of the gear by the angle $\theta_P$: the involutes that curl out clockwise from the base circle will be rotated by $\theta_P$ in an anticlockwise direction, and the ones that curl out anticlockwise will be rotated by $\theta_P$ clockwise. Now it is a matter of determining the value of $\theta_P$, and this can be done by looking at the polar parametric equation you were provided for the involute curve.

Let's determine the value of $t$ at the pitch circle, which we will call $t_P$. Using:

And, by algebraic manipulation, it can be shown that:

Note that $\phi$ is in radians. Now, $\theta_P$ can be determined using the second of the polar formulae:

Rotate your profile curves by this angle in the appropriate directions, and that should solve the issue! (Note how $\theta_P$ drops to zero as the pressure angle decreases, aligning with the observation you made earlier.)

The best of luck with your gear generator! :)

7
Involute gear curve when root diameter falls below base diameter

3
Reverse-engineering spur gears - do I have enough data to make a gear that will mesh correctly?
7
Internal teeth involute gear pitch circles
7
Involute gear curve when root diameter falls below base diameter
0
Can the pitch circle of a gear be farther out than the intersection point of the involutes on opposite sides of a tooth?
2
Trouble with Base circle and meshing with spur gears
2
Functionally Matching Gears (teeth count) in Planetary Gearbox
2
Reduction System for Gate-opener motor
3
Gear profiles (involute and root) generated by power skiving
0
Involute Gear Tooth Width Explanation