Helium is leaking through manometer

I have connected a 200 bar helium tank and a manometer to a pressure regulator. The end of the manometer's tube connected to the regulator is leaking. It's attached with anaerobic thread sealant, so I can't remove it.

Here is the video of the connection 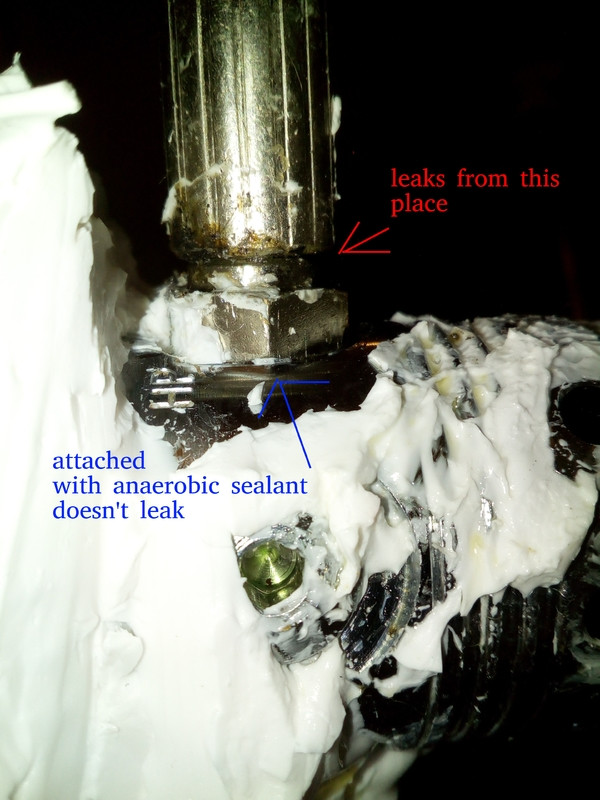 I tried using bath sealant, but it doesn't sustain 200 bar. I also attempted sealing it with melted soldering wire, but it doesn't stick, no matter how much flux I use. I need some kind of sealant, that is tough enough, but aerobic

The tube is guaranteed to sustain up to 300 bar, but apparently it doesn't.

How do I fix the leakage?

For high pressure connections it is common to use self sealing connectors with either tapered thread or dome shaped seats, in the second case it is not the thread itself which provides the seal. So the first thing is to verify what sort of connector you have as applying sealant to a seated connector can actually stop if from sealing properly and the mating surfaces need to be scrupulously clean.

Here the role of the thread is to tighten the seats together and the fact that the whole thing can rotate implies that it isn't tight enough or that the fittings are incompatible.

Do you have a link to the original product ?

Either way the chances are that you are going to have to disassemble the connection as you are unlikely to get a good seal now without cleaning it just applying more layers from the outside never works. You can usually remove anaerobic sealant by applying gentle heat.

Not the answer you're looking for? Browse other questions tagged pressure gas seals or ask your own question.

4
Tankless air compressor for electronics desoldering station
3
How to verify results from a manometer/venturimeter?
4
Velocity of flue gases through a pipe
0
Do bottles leaking due to air pressure in an airplane cargo hold?
1
Valve/Filter allowing through gas only, no liquid
0
How to prevent water from leaking?