Wingspan formula for an Ornithopter

How do i figure out what the wing area/sqft needs to be for a functioning wing-flapping ornithopter? Lets say for example there is 500# of force moving the wings up and down, and the wings and passenger combined weighs 250#. What is the minimum needed wingspan/area to climb through the air?

The graph below provides areas for living and man made flying machines - and this can be seen to be a quite good log-log fit of mass and wing loading. See his text for comment on the departure of Humming birds from the continuum mapped by most other birds.

If correct, this answers your question regarding area. The graph of wing loadings below is from the site referenced below.
I have added the red lines and white text.
Not that he works in Newton and I have roughly converted to kg. 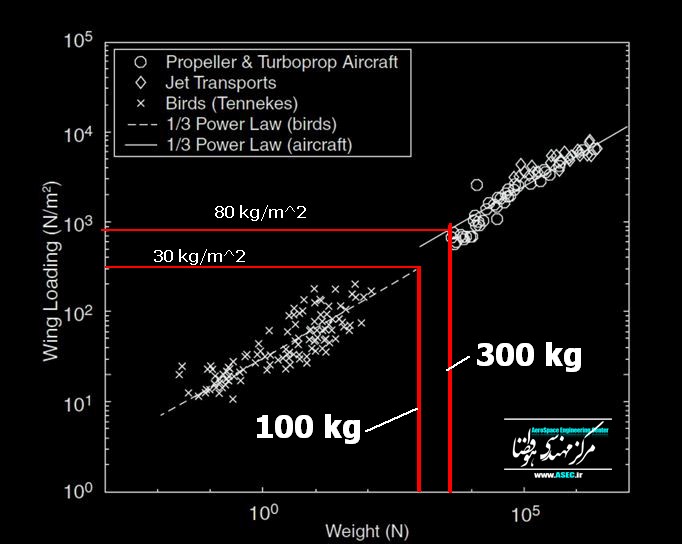 Based on the drag equation, and miscellaneous assumptions (which I can explain if of enough interest) I estimate a required "flapping rate" of about.

This is based on the force on a flat plate when waved in air at sea level in one direction over a linear distance = 'stroke' art a rate of 'flap rate' per second with drag in one direction and mone in other, and high drive:return time ratio.
(Using drag equation - Force ~~~= 0.6 x Rho x Cd x A x V2. )

MATLAB code for the wing design is given here on this page.

Due to 'potential navigation difficulties' due to language used I have appended the simple sample code at the end of this answer.

The structure of bird wings with applications to ornithopters

The first animated GIF is of arguable usefulness but a great thought starter - Wheeee!

The man powered flying machine in the videos below is not an ornithopter but maintains takeoff & flight lift based solely on "man powered" surfaces and the same basics can be applied. In the video example there are 8 unidirectionally driven lifting surfaces. An ornithopter could conceptually drive the same area at about the same mean forwards velocity but with powered downbeat and (probably) liftless upbeat to produce the same net effect. For now, see this most lovely 1m30s video Also (slightly longer) https://www.youtube.com/watch?v=syJq10EQkog
and slightly longer 'making of'

His table of wing functions vs wingspan is liable to be of interest.
This gives values for all birds for (as well as other hings) power, wingspan, wing area, power in terms of body mass 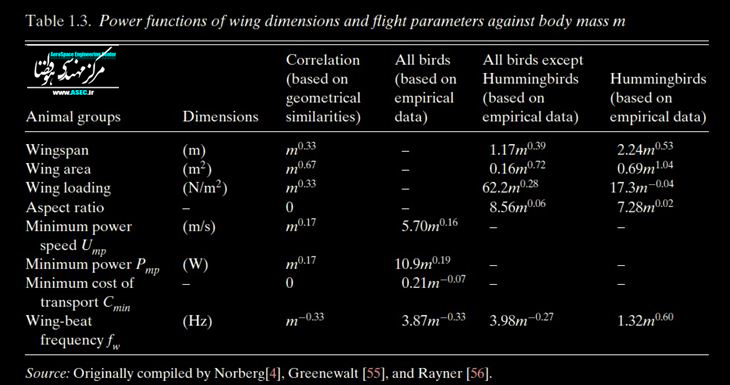 Pasted as is - tidyfy as desired or see source page.

Not the answer you're looking for? Browse other questions tagged aerospace-engineering airflow aircraft-design airfoils or ask your own question.

2
Possible Hazards of Software Controlled Systems (Ex. Airline GPS/Elevator)?
3
How to verify results from a manometer/venturimeter?
4
Perfectly aerodynamic kitchen range hood
3
What does high coefficient of moment mean for an aircraft?
2
Lift Requirements for Hybrid Airship
0
Ventilation setup high sleeper night cooling
0
For how long could a plane handle turbulences?
0
Positioning and size for a Joukowsky Airfoil
0
Is it practical to separate the fan shaft from the turbine shaft on a jet turbofan engine?