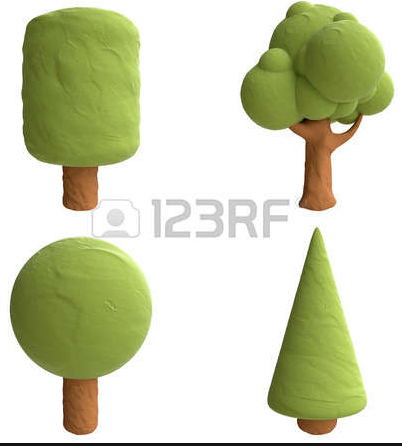 I am a newcomer to Plastic Injection Molding and would really appreciate some advice.

I have a prototype object that will be made from a type of polypropylene. I only need a maximum of 10 units initially to ensure that the product is satisfactory. The issue is that there are many undercuts in the design. Imagine if you will, a variety of different shaped trees growing randomly in a field. This will be the design. The trees and the field will need to be formed as a single object to maintain strength.

I printed a similar design which was aesthetically OK but due to material limitations was not suitable.

Maybe Plastic Injection Molding is not the approach I should be taking?

For prototyping or small test series vacuum molding is the way to go.

It uses silicone casting moulds which can be easily split into several parts to feature undercuts. The moulds themselves can be cast from 3D printed parts.

From one mould several up to tens of pieces can be cast before it has to be replaced.

Injection moulding on the contrary is suitable for high output numbers from thousands to hundred thousands.

Furthermore massive parts like the top of your trees can't be injection moulded easily, because of the effects if thermal expansion. They won't keep their desired shape during cool down. If you really want to produce a larger numbers of your meadow, you can resort to thermoplastic foam injection moulding. It is much better in keeping shape of thick parts.

update based on your comments Some more words on injection moulding.

Be aware that as Russel already pointed out in his post a certain combination of trees on that meadow may be unmoldable at all because of trees being in the way of sliders needed for another tree.

Especially the room between a group of more than two trees is prone to be inaccessible to sliders.

IMHO having more than 5 trees on your plate brings the probability that this can be injection moulded close to zero.

Tooling can be extremely expensive with injection moulding. And the restrictions are somewhat complex.

Also note that when scaling a part you have to make a new tooling casting tens of thousands again.

What can you do instead of injection moulding?

You may think of using elastomeres instead of thermoplastic materials. They can be dispensed, which makes the tools much cheaper.

You should also think of producing the trees separately. You can laser weld them to the base plate which makes it nearly as solid as moulded in one piece.

I've worked on products designed by others which used injection moulding so while not an expert (and my terminology usage will be terrible) , do have a good feel for what may be attainable. I'd suggest that injection moulding for 10 prototypes is totally unsuitable and for volume production, it is probably unsuitable except if volumes are utterly vast.

The main issue is (I think) that tooling inserts or mould proper need a clear removal path once your product is cast. this could be achieved with removable inserts plus multi part split moulds. These will grow at a rate related to numbers of trees.

However, I'd be surprised if your assertion that "The trees and the field will need to be formed as a single object to maintain strength." is correct.
It is easy to produce individual 'plantable trees' which can be inserted into a 'field' and then bonded in place by a number of means, in such a way that the retention forces exceed the strength of the material.
These may include adhesive (although polypropylene is not a good material for this), ultrasonic welding, possibly "stir welding" with rotation of tree in hole to generate heat, and possibly mechanical retention by screws, pins etc.

Also - why polypropylene? There may be a good reason related to the properties of the trees, but for injection moulding ABS is far more common, and AS may provide a superior result to AS.

A far more extensive of the requirement would help.
Why one piece?
Why PP?
Why should multi partv strength be an issue?
Why .....?

Not the answer you're looking for? Browse other questions tagged manufacturing-engineering plastic or ask your own question.